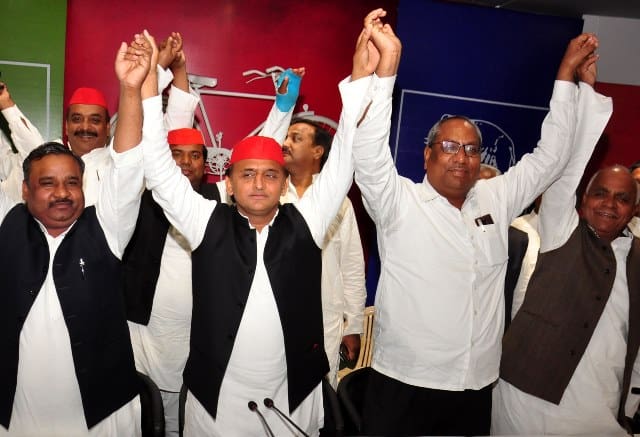 Addressing a press conference on the occasion, Akhilesh said: “Nishad Party and Janvadi Party (Socialist) are now a part of Samajwadi Party-Bahujan Samaj Party-Rashtriya Lok Dal alliance in Uttar Pradesh. Whenever Samajwadi Party had felt any need during the elections, these two parties and their leaders have always helped us. With their support, our alliance will be further strengthened in the state.” 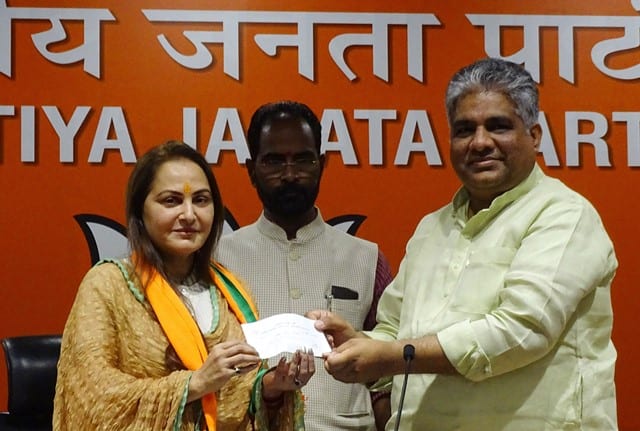 The veteran Bollywood actress is likely to contest from Rampur against Samajwadi Party’s Azam Khan. In 2009, Khan was expelled from SP
allegedly for harassing Jaya Prada. Khan had apparently distributed morphed pictures to sully her image. 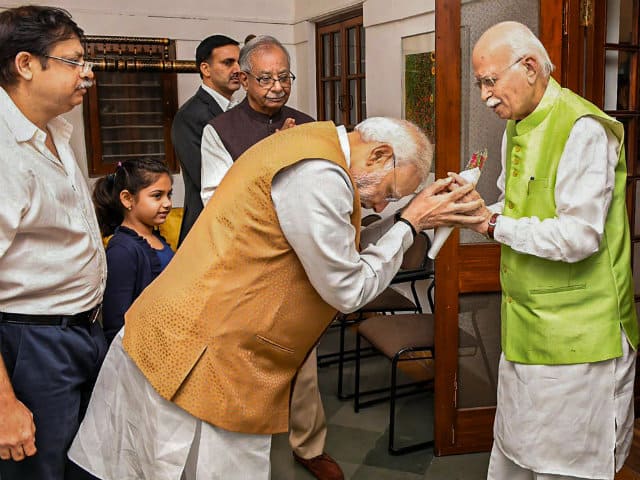 “He is a respected leader in the party and has been there from the beginning. As a citizen of this country, I have worked under Atal Bihari Vajpayee and Advani,” she said. 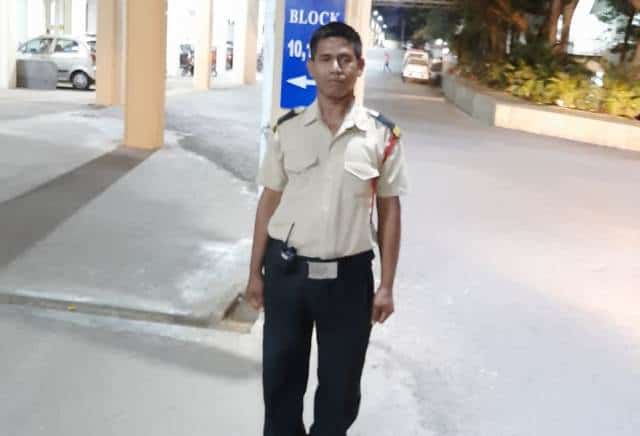 Ajit Bora, 49, who works as a security guard at a residential complex in Hyderabad, has heard of the BJP poll campaign but shrugs it off as a stunt. “The real ‘chowkidars’ have a difficult life,” he tells LokMarg.

The year 2014 was a turning point for both Prime Minister Narendra Modi and I. We both started our careers as ‘chowkidars’. While Modi guarded the nation, I ensured the safety of a residential colony in Hyderabad’s Gachi Bowli area. I am originally from Assam. Circumstances forced me to migrate hundreds of kilometers away from home.

It could be a catchy slogan for political dividends, but being a chowkidar is not that easy. Be it rain or shine, we are expected to stand for long hours outside — 12 hours at a stretch in my case. The #MainBhiChowkidar campaign has indirectly brought us into the limelight. Through the campaign I hope, people, especially youngsters will learn to acknowledge and appreciate the work that we do.

As for me, the Hyderbadis have treated me with utmost respect. Irrespective of your class, the people in this city treat you well. The residential area I work is mostly inhabited by professionals from in the IT industry. We put in a lot of hard work in protecting people’s properties and a few kind words go a long way in encouraging us.

Before 2014, I was a farmer but the income wasn’t enough to support my family of four. The income is still not good but I do not have to borrow from others. I work around 12 hours a day (from 8 am-8 pm) and get paid around Rs 12,000 a month. Of this salary, I send Rs 8,000 home and manage with the rest of the money somehow, living in a small room and minimising all my expenses. I had tried looking for work in Assam itself. Not that there were no jobs but the wages were so low that I took a chance to come to a far-off Hyderabad.

If the government thought of giving us better facilities like pension etc. then probably the job would feel better. At my age not many people want to hire us because they think we might not be as agile as the young ones, so we don’t have the scope to put forward many demands. We make do with whatever has been given to us.

Life of a security guard is difficult; it is no mean feat to be on guard for the entire stretch. That is why I do not want my children to get into this profession.

Therefore, I feel it is important that we vote in a government that would work for its people. I take my voting rights seriously and had gone back home to Assam recently to vote for the Panchayat elections. Good leaders at least ensure that even if I am far away, my wife and children are being taken care of.

I like Modiji and his energy. He comes from a humble background and that is why perhaps talks about people like us. This campaign too has put the spotlight on workers from the unorganized sector. Let’s hope something good comes out of it. 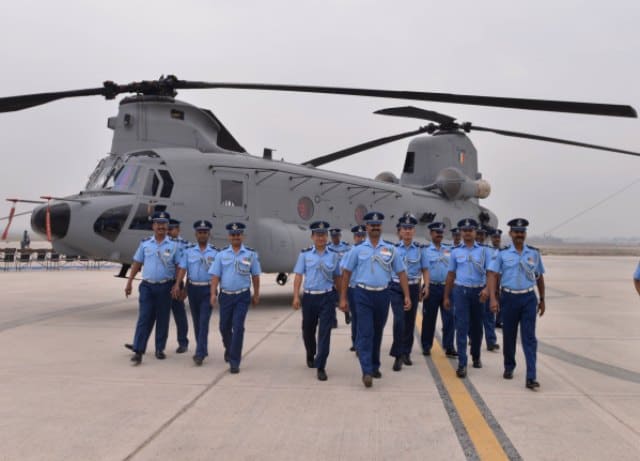 Chinook helicopter during its induction into the Indian Air Force, at Air Force Station in Chandigarh on Monday. ]]> 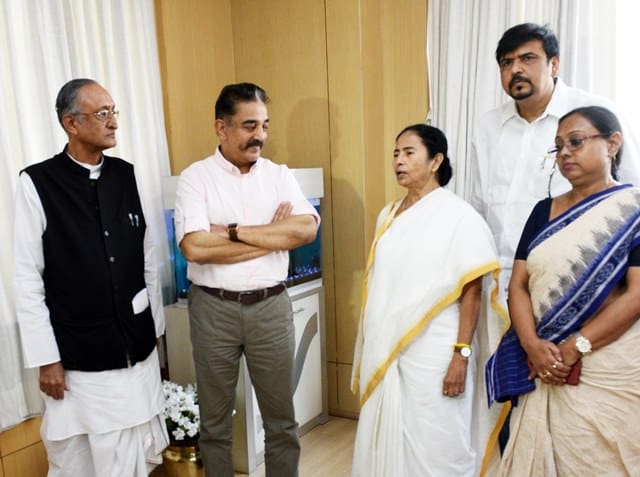 Kamal Haasan meet with Mamta Banerjee, CM of West Bengal on the left Amit Mitra, finance Minister, at Nabanna in Kolkata on Monday. ]]> 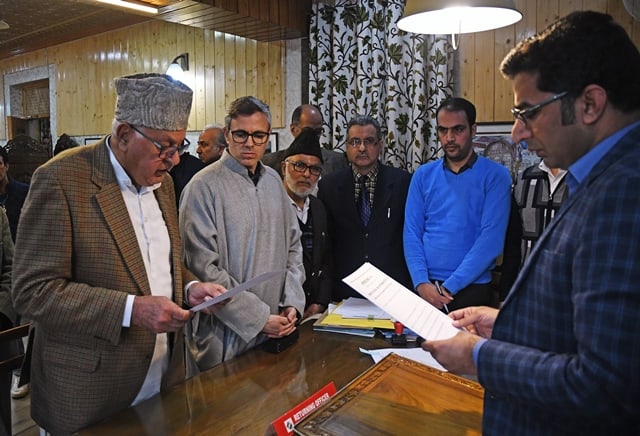 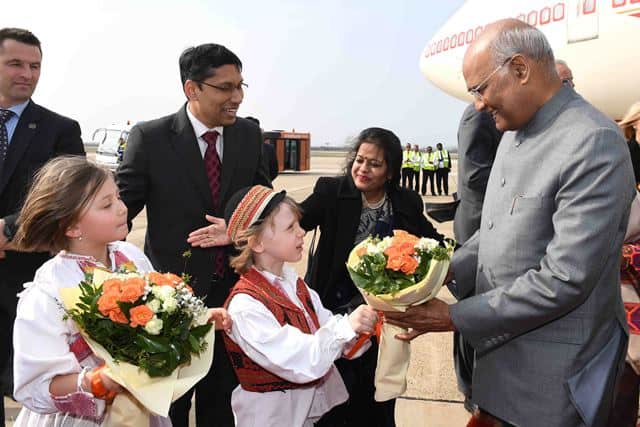 The President of India Ram Nath Kovind, received by two children in Croatian attire during his arrival at Franjo Tudman International Airport, Zagreb in the Republic of Croatia on Monday. ]]> 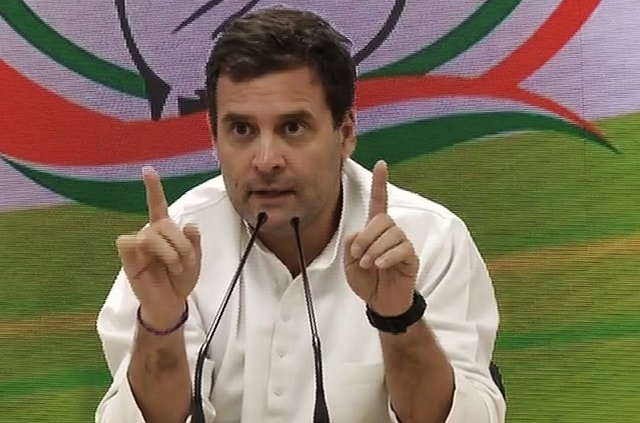 Congress President Rahul Gandhi on Monday said if his party comes to power, it will implement a “ground-breaking” Nyuntam Aay Yojana (NYAY), under which 20% of the poorest families of the country will be entitled to up to ₹72,000 yearly.

Describing the scheme as unique in the entire world, he told a press conference in New Delhi that the minimum income guarantee scheme will be implemented in a phased manner as part of the “final assault on poverty”.

“For the last five years, people have suffered a lot, particularly the poor people. We have decided to give NYAY (Nyuntam Aay Yojana) to the poor people of the country. As part of the minimum income guarantee scheme, we are going to announce historic measures,” he said.

“Congress guarantees that the 20 per cent poorest families of the country will be given Rs 72,000 per year directly in their bank accounts,” Rahul said, about the scheme regarding which he had first spoken at a rally last month.

The Congress leader said 5 crore families and 25 crore people will directly benefit from this scheme.

Explaining the contours of the proposed scheme, he said the cut-off income will be Rs 12,000 per family per month and if any family earns less than that, the remaining amount will be a top up to bring it to the level of Rs 12,000 per month.

The Congress chief said his party has done proper analysis and the scheme will be fiscally prudent, like the MNREGA, brought by the previous UPA government.

“The poor people belonging to every religion, caste, language will be entitled to up to Rs 72,000 crore per year directly in their accounts. If PM Narendra Modi can give money to the richest of the country, Congress will give money to the poorest,” he said.

There is no such scheme anywhere else in the world. The entire calculations have been done and it is completely doable and we are going to do it,” he further added.\

“The final assault on poverty is beginning,” he added.

He said the scheme will be implemented like the party fulfilled its promise of farm loan waiver in Rajasthan, Madhya Pradesh and Chhattisgarh, after he had made the electoral promise.

“I have made a promise in Rajasthan, Madhya Pradesh and Chhattisgarh and had fulfilled it in 10 days.” 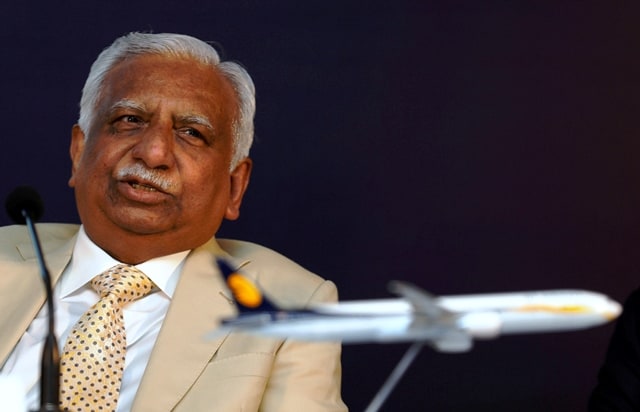 Jet Airways Chairman Naresh Goyal stepped down on Monday, paving way for lenders to bail out the financially troubled airline he set up 25 years ago. The board meeting held in Mumbai also decided on ways to procure interim funding, an official statement said.

“Two nominees of promoter–Naresh Goyal and Anita Goyal–besides one nominee of Etihad Airways will step down from the board,” the statement said.

“An interim management committee at the instructions of lenders will manage and monitor daily operations and cash flow of the airline,” said the statement.

The board said there will be immediate funding support of up to Rs 1,500 crore by lenders by way of issue of appropriate debt instrument against the security of the assets of Jet Airways.

According to the statement issued by Kuldeep Sharma, vice president–Global Compliance and Company Secretary, “the bidding process will be initiated by lenders for sale/issue of shares to new investor (s),” and the “process is expected to be completed in June quarter” of the current financial year.

The airline has over one billion dollars in debt and has to repay money to banks, lessors of planes and suppliers besides clearing pending salaries to its pilots.

Jet has been suffering bruising competition from low-cost airlines, fluctuating crude prices and a weak rupee.

On March 20 this year, SBI Chairman Rajnish Kumar had said that the resolution plan is almost ready and it will not involve a bailout for any individual.

At the same time, talks with Abu Dhabi-based airline Etihad to secure a rescue deal are still on, he said adding there is also a possibility of bringing in another investor.

“We believe Jet Airways is a good aviation property and it is in every body’s interest that it continues to fly,” Kumar had said.