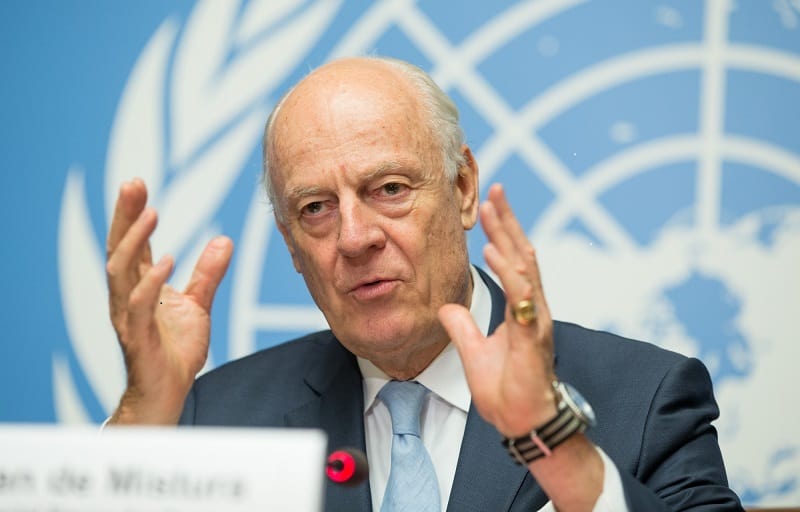 A RAY OF HOPE, CEASEFIRE IN SOUTH WEST SYRIA

The Druz are predominantly in As-Suweida governate as well as in the areas bordering Iraq in the east. Since the northern offensive from Turkey did not make any headway towards Damascus which was 500 Kms away, the coalition forces launched the southern offensive from Jordan in late 2013 because Damascus was much closer. In the southern offensive the opposition forces made steady progress and cleared all areas astride Israel. The mission area of United Nations Disengagement Observation Force also forms  part of this region. Therefore, we as peacekeepers bore the brunt of collateral damage of this offensive. Syrian Arab Armed Forces (SAAF) were pushed north and eastward towards Damascus. The idea to have a buffer zone in these border districts was mooted a long time back and my interlocutors in Israel and Jordan had repeatedly mentioned this to me. I had always advised Israelis not to cross the 1974 ceasefire line and move east towards Damascus In a bid to desist them from doing that,  I used to emphasise that they would be ill advised to leave the heights along the Alpha line ( ceasefire line between Israel and Syria) and come east to low lying areas and expose themselves from all sides to the fire of opposition groups and SAAF. Both SAAF and opposition groups would have contested this action of Israel resulting in escalation of violence. The present ceasefire has come about after prolonged efforts of Russia and talks between Russian and US leaders. It is the beginning of the forming of the  de-escalation zones which Mr Staffan De Mistura, the special Envoy of Secretary General of United Nations to Syria, has been trying ever since his appointment in 2014. In fact I had met Ramzy  Ezzeldin Ramzy, the deputy special envoy in Beirut and emphasised that Qunneitra governate; which includes the Golan Heights, where our peacekeeping mission is located, as the best region to start their de-escalation experiment from. They have done exactly that after three years of sustained efforts! [caption id="attachment_17123" align="alignleft" width="300"]

(DAMASCUS, July 8, 2017 (Xinhua) — Deputy UN Special Envoy for Syria Ramzy Ezzeldin Ramzy (C) speaks during a press briefing in Damascus, capital of Syria,[/caption] Qunneitra Governate lies  in South West of Syria and shares the ceasefire line with Israel on the west. Daraa region is south of Qunneitra and is the bordering district with Jordan in the south. As-Suweida is further east of Daraa and also is the border district with Jordan. Together the three governates form an L shape region upto a depth of thirty kilometres from Israel and Jordan. Daraa forms the pivot of the region. Roads and approaches to Damascus lead from all three sides of this region. A ceasefire in the three governates will mean Israel and Syria would be isolated and immune from  the internal strife in Syria as they will have moderate opposition groups suitably inclined towards them controlling these areas. Since the pre-requisite of the ceasefire is that the region should  be void of all radical groups like ISIS, Hizbullah and Al Nusra; if that happens, the ceasefire is likely to hold. The Assad government has scanty presence in these areas and therefore, will honour the ceasefire. The United Nations is also working out no flying zones in concert with Russia, US and Turkey and they would be advised to include Iran for any lasting peace in the country. A big spin off from the ceasefire would be that over a million Syrian refugees who have been in Jordan, Iraq and Egypt for years would be able to come back to their country although some of them will still remain internally displaced persons (IDPs). It may be recalled that 5.5 million Syrian are refugees in neighbouring countries of Turkey (3,050,000), Lebanon (1,001,000), Jordan (661,000), Iraq (243,000) and Egypt (123,000). Another 6.5 million are Internally Displaced Persons (IDPs) in their own country and some of them have been displaced more than two times. Two thirds of the population of 23 million Syrians need humanitarian aid. In the six year old civil war this ceasefire is a ray of hope for similar ceasefires to be applied in other regions where the ground situation is more complicated. The seventh round of peace talks have commenced in Geneva paving the way for declaring other de- escalation zones in the rest of the country. * ( The author Lt Gen Singha was the Head of the Mission and Force Commander of United Nations peacekeeping mission in Golan Heights from 2012 to 2015 ) //