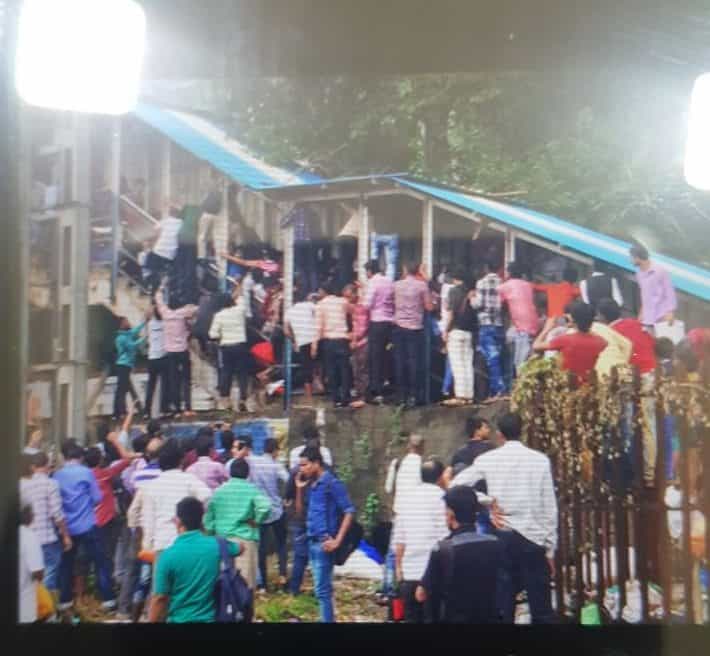 My views on the illogical move to involve army to build the #Elphinstonebridge. pic.twitter.com/12X6fhpnXt

“The army was to be a measure of last resort to be called upon in extreme emergency. Now it seems like it’s the 1st number on the speed dial,” said Abdullah.

Nirupam tweeted: “Calling Army to make a bridge in Mumbai underlines failure of corrupt Shiv Sena-BJP ruled BMC. Hope army will not be asked to fill potholes here.” Attacking the move, Nationalist Congress Party spokesperson Nawab Malik said the Indian Army must be given such responsibilities “only in dire emergencies”. Terming it an “endorsement of the abject failure” of the railway, which indicated that its not capable of building even FOBs and has to call in the army, he demanded the Railway Minister’s resignation. Rail Yatri Sangh National President Subhash Gupta termed the decision as “a slap in the face of railway engineers” and one which raised “serious question marks” over the capabilities of the massive engineering department. “It’s the duty of the railway engineering departments and their engineers to construct bridges on an ongoing basis throughout the year. If the government feels that army can do it faster, then the railways should start recruiting people from the armed forces,” he said. The proposal had been first mooted by Mumbai BJP President Ashish Shelar. Earlier, the Army helped construct a foot overbridge during the 2010 Delhi Commonwealth Games when an under-construction bridge outside Jawaharlal Nehru Stadium, the main venue for the event, collapsed days before the games were to start. The new bridge was built within five days. The Army was also involved in making pontoon bridges across the Yamuna last year when a World Culture Festival was organised on the flood plains of the river by the Art of Living group. Involving the Army for the private event was criticised by many. (IANS) //
MORE LM NEWS 24