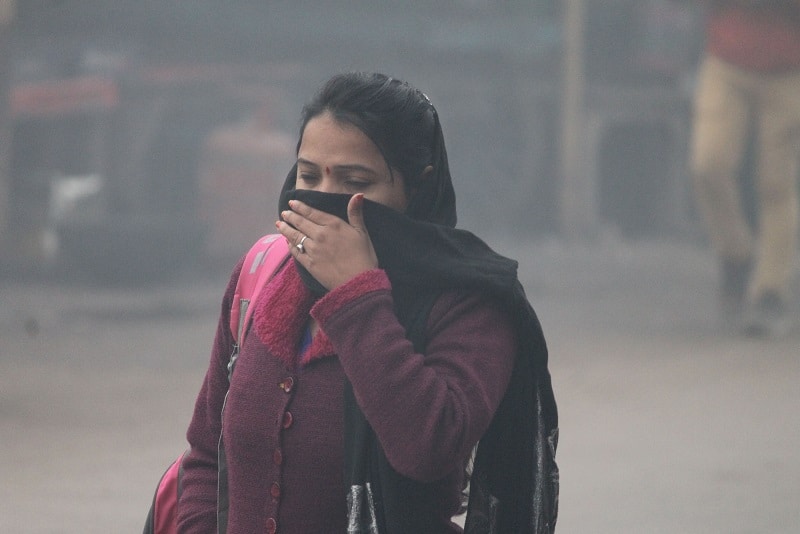 New Delhi: Odd-even traffic scheme aimed at battling pollution in New Delhi . (Photo: IANS)[/caption] Delhi’s air-pollution problems are not new. In the capital and its adjoining areas, it has been getting worse every year and usually it is during the run-up to Diwali and after the festival that it catches the attention of the authorities, media, and politicians. It hogs the agenda till winter and then when it gets warmer and SPM levels subside, it slips away from everybody’s mind, the media included. That sort of short-termism has to end. A few weeks ago, a landmark report by the Lancet Commission and what is probably the most comprehensive global analysis on pollution and health found that pollution is the largest environmental cause of disease and deaths in the world each year. More than nine million people die of causes related to pollution annually, of that number 2.5 million deaths take place in India. If that is not alarming, what is? Indian cities are among the world’s most polluted. Air pollution levels in the National Capital Region or NCR (Delhi and its adjoining satellite towns such as Gurgaon and Noida) frequently breach even the lowest safety levels and the region is easily one of the world’s most polluted zones. The air quality index (AQI) for the NCR mostly hovers around the ‘poor’, ‘very poor’, or ‘severely hazardous’ levels all year round and worsens especially as winter sets in when vehicular emissions, and smoke from stubble burning on farms outside the NCR increase and the cold air traps SPMs. The finer particulate matters are the most hazardous because they penetrate the respiratory system. Days before this Diwali, the Supreme Court ordered a ban on sale of firecrackers in the NCR. Yet, the day after Diwali SPM levels for the PM 2.5 (the smallest and most dangerous particles) were over six times the satisfactory level. It is easy to blame Mr. Kejriwal and his government for fighting a losing battle against Delhi’s pollution. It is also unfair because he has tried. Take the odd-even car-rationing scheme. The number of registered vehicles in Delhi alone is over 10 million; add the ones registered in neighbouring Gurgaon and Noida and the total balloons further. Vehicular emissions are the biggest contributors to Delhi’s pollution and the odd-even rationing was an unconventional but potentially effective way of reducing emission. But if it is to work there have to be viable alternatives for commuters. One of the reasons why Delhi has so many cars is because its mass transport system has always fallen short of the growth in demand. This is despite the introduction of the Metro railway and additional buses. [caption id="attachment_21038" align="alignnone" width="970"]

New Delhi: Pollution. Air pollution reduces visibility in New Delhi. (Photo: Sunil Majumdar/IANS)[/caption] There are other problems. Delhi has been trying for long to reroute commercial vehicle traffic so that heavy and medium sized cargo-carrying trucks bypass the city using a peripheral road that skirts the city but that road is still not functional. Delhi’s existing mass transport system, besides lacking in capacity is also inefficiently designed. The Metro, albeit in expansion mode lacks last mile connectivity that is essential for a non-linear, radially dispersed city. Many of these are issues that the Delhi government alone cannot solve and would require more power to its elbow from the Centre. Delhi’s status as a peculiar quasi-state has much to do with this. For a chief minister, particularly one who is politically at loggerheads with the government at the Centre, running Delhi can be a tricky business. Because of the way Delhi is administered, as head of the state government Mr. Kejriwal’s powers don’t extend to how the city-state is policed; how its three municipal corporations and one municipal council function; how its land is used or allocated; or how its Metro Railway is run. That leaves him as a chief minister of a so-called state who really doesn’t have much power. The fact that he and Prime Minister Narendra Modi have always had a testy relationship makes things worse. He has had several run-ins with the Lt. Governor of Delhi, an office that everybody knows acts on the advice of the central government. [caption id="attachment_21036" align="alignleft" width="300"]

New Delhi: Pollution. Traffic police personnel wear masks to protect themselves from pollution that aggravated due to bursting firecrackers on Diwali, in New Delhi on Oct 21, 2017. (Photo: IANS)[/caption] Mr. Modi and Mr. Kejriwal are political adversaries but in order to fight Delhi’s pollution they have to come together with a bold, sustainable, and realistic strategy. For the central government headed by Prime Minister Modi, saving Delhi’s air is as important if not more than it is for chief minster Kejriwal. The Centre and the state will have to bury the hatchet and join hands at least on this issue in order for it to work. There are examples of how it can be done. China managed to curb pollution in Beijing with a combination of measures—curbs on fossil fuel consumption, restrictions on traffic, stringent emission guidelines for factories in surrounding areas. In Delhi, the requirements may be different. First, there is an urgent need to re-think the mass transport system for the entire NCR area. The commuting pattern in Delhi cannot be seen in isolation. It has to be viewed holistically because of the massive volume vehicular traffic between the city and the rest of the NCR. For it to happen, the Centre has to step in, ensure that it gets the co-operation of all the states concerned (besides Delhi, Uttar Pradesh and Haryana), and prepare a comprehensive action plan that gets everyone’s concurrence. Such inter-state co-operation along with the Centre’s help is needed first because of the peculiar status of Delhi as a quasi state whose borders in reality transcend what is officially laid down. Second, there are myriad factors other than vehicular emissions that affect Delhi’s air: from stubble burning in Haryana’s farms to haphazard industrialization around the city’s perimeter. And third, in order to really get a world-class public transport system to work, central ministries have to step in. Last week media reports suggested that the Delhi government wants to re-introduce the odd-even system of car rationing on the city’s streets this winter. Perhaps it should also examine whether a system of congestion taxes on vehicles entering the city’s overcrowded business districts can be viable. Restricting traffic, incidentally, has ancient origins. In 45 B.C.E. Julius Caesar is supposed to have banned wheeled traffic in Rome during the daytime because of traffic congestion. Tolls, congestion charges, and similar imposts all have origins that date back to that ancient era. Mr. Kejriwal just has to take a leaf out of history to do it. //