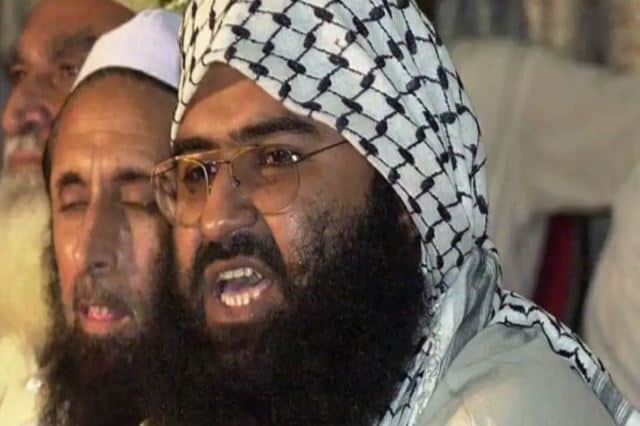 For the fourth time in the last ten years, China, on March 13, put a technical hold on a proposal by the US, the UK and France, among others, to enlist Pakistan-based Azhar as a global terrorist at the UNSC, despite his outfit carrying out the ghastly Pulwama terror attack on February 14, which killed over 40 CRPF personnel in India’s Jammu and Kashmir.

“France has decided to sanction Masood Azhar at the national level by freezing his assets in application of the Monetary and Financial Code. A joint decree of the Ministries of the Interior, and Economy and Finance was published today in the Official Gazette,” a release issued by France noted.

“A deadly attack took place in Pulwama on 14th February 2019, claiming over 40 victims from the Indian police forces. The Jaish-e-Mohammed, which the United Nations has deemed to be a terrorist organization since 2001, has claimed responsibility for this attack…France has always been and always will be by India’s side in the fight against terrorism,” the statement outlined.

“We will raise this issue with our European partners with a view to including Masood Azhar on the European Union list of persons, groups and entities involved in terrorist acts, based on this decree,” the note stated.

China has since defended its technical hold to the UN resolution, saying it needed “more time” as it is “conducting a comprehensive and in-depth review” on the listing request put forth by the countries – a stance that has been widely criticised.

According to sources, more than 10 countries supported as co-sponsors India’s bid to designate Azhar as a global terrorist in the United Nations Security Council 1267 list.

India expressed disappointment over the development but vowed to continue to pursue “all available avenues to ensure that terrorist leaders who are involved in heinous attacks on our citizens” are brought to justice.

“We are disappointed by this outcome. This has prevented action by the international community to designate the leader of Jaish-e-Mohammed (JeM), a proscribed and active terrorist organization which has claimed responsibility for the terrorist attack in Jammu and Kashmir on 14 February 2019,” a statement issued by the Ministry of External Affairs said.

“We are grateful for the efforts of the Member States who moved the designation proposal and the unprecedented number of all other Security Council members as well as non-members who joined as co-sponsors,” it added. (ANI)