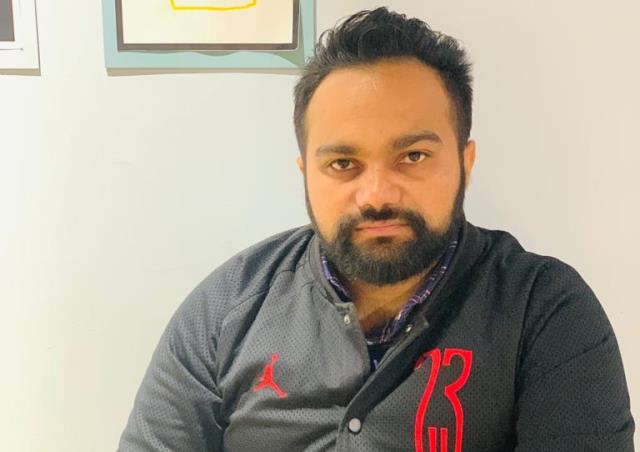 ‘If AAP Fails To Deliver, Punjabis Will Never Forgive It’

Jashan Gill, a Punjab voter who defied family loyalties to pick AAP over Akali Dal and Congress, says the party stands at a juncture from where it can make or break its future

In 2014 General Election, it was for the first time that I voted for the Aam Aadmi Party (AAP). Punjab has been enthusiastic about the party since its inception. And this was the reason, four AAP candidates were elected to the Lok Sabha on their debut contest from the state.

In the assembly election of 2017, the AAP emerged as the main opposition with 20 seats. And now, in 2022, eight years since its journey began in Punjab, the party has been able to form government in the state with a clear mandate. Punjab’s voters found them as a viable alternative to the Congress and the Shiromani Akali Dal.

This change was impending for long. Both the SAD and the Congress had been unable to fulfil the expectations of the people of Punjab. The border regions of the state have been infested with drugs menace and there is widespread belief that the SAD has a vested interest in it. During their rule, the corruption in the state also reached at its zenith.

Punjabis therefore rooted out the Badal government in 2017 in favour of the Congress. But the Congress didn’t fulfil its promises either. Chief Minister Captain Amarinder Singh became too complacent after the win and forgot about his poll promises of development.

The situation at the party further deteriorated when inside scuffle broke out in the open, making it a laughing stock. The chaos was too much to bear. Even during election people didn’t know who would be the chief minister of the state if the Congress came to the power.

This clearly turned people’s attention towards the AAP leadership. The party projected Bhagwant Mann as the chief ministerial candidate in the state election and the decision found favour with the voters. For, in the past eight years, since 2014 general election, Mann has done commendable work in his constituency and showed his commitment towards the people. It was no surprise that Punjab gave him a chance to work for the entire state.

ALSO READ: Punjab Will Reclaim It Glory Under AAP Leadership

We have already started witnessing the change since AAP came to power in the state. The first priority of the party, which was about stopping corruption has already been enforced. The government employees, who would brazenly ask for bribes earlier, are now scared of making such demands from people. They are afraid of stern actions now.

The conditions of hospitals and schools in the state is already showing improvement. You can visit a hospital and feel the change in the atmosphere. We believe that Mann government will also address the issue of drugs soon. Farmers too have a lot of expectations from this new government. They believe that the AAP leadership will find a solution to receding water table and provide minimum support price for all their crops.

If the party successfully fulfils its promise in the state, it will pave a path for the party to emerge as an alternative to the BJP in other states and eventually at the Centre. As an AAP supporter I hope that it emerges as a challenger in states like Gujarat, Himachal Pradesh and Haryana where elections are likely to happen late this year.

AAP is standing at a crucial juncture in Punjab from where it can write its own future. Punjabis have put their faith in AAP and if they fail to keep their promises, the people will never forgive them. It will be uprooted from the state once and for all. The people of Punjab have voted for development and they will not settle for anything except development.