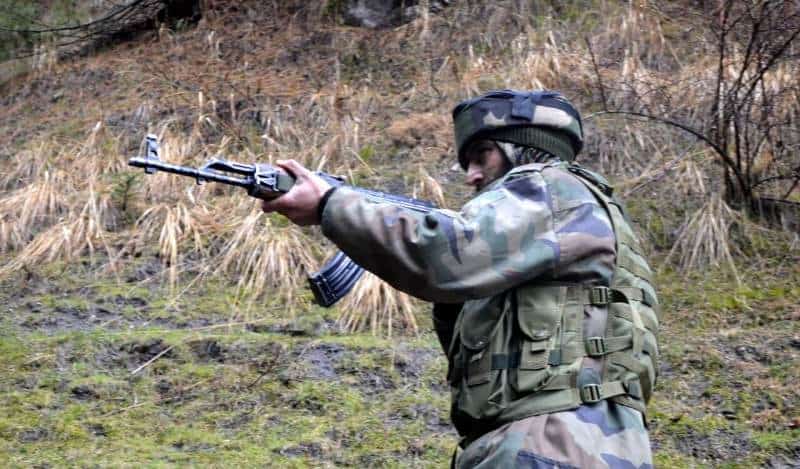 There’s a constant struggle for positional supremacy along the LoC. The Pakistanis try their best to destroy or disable our frontline bunkers and sometimes even try to take possession of one. We repay them in kind, shell for shell, bullet for bullet. One such incident in a northern district of Kashmir near the close of the last millennium threatened to spiral out of control and cause a larger conflagration.

This is the story of how we did not let that happen. One of the strategic posts manned by a detachment of 10 soldiers led by a Junior Commissioned Officer was practically on the LoC. It had a splendid view of the Pakistani side and enabled suppressive fire, meaning a rain of bullets on attempted infiltration. One day, the Pakistanis cut loose with all they had on these bunkers—sub-machine guns, rockets, mortars.

Wireless communication with this team went cold as soon as the firing began. We feared the worst even as return fire commenced. Later, when the firing calmed down, we got a radio message from one of our jawans. Their team leader had very wisely decided to relocate his men from the bunker to a temporary position as soon as the overwhelming Pakistani fire assault began.

This jawan had snaked back to retrieve the radio set and inform us of their situation. There was no casualty on our side; the boys were okay. The bunkers were, however, being shot to pieces and the first thing to do was smash them back. The troops reorganised themselves and occupied firing positions behind boulders. We opened up with all we had, a blizzard of bullets and rockets on the opposite Pakistani positions.

After the fire assault, the enemy fire continued to cover the bunker and the wide slope leading up to it which hampered our supply of ration, water and basic amenities to men who were cut off from the rest of the location. A possible Pakistani seizure of this post would have lit up the LoC up and down, but it had been averted for the time being by our massive return fire.

This meant we had to shift focus on the next, and most important, mission:  sustaining this post administratively and operationally, for we could not hope to sustain fire from the Pakistanis on open positions without casualties. We had a plan, a crazy plan. To our surprise, senior officers agreed immediately. We decided to create an ‘overhead tunnel’ all the way to the ravaged post, repair it stronger and occupy it again.

The track would be covered overhead with the hard composite U-shaped sheets that we use to make bunkers and fortified with sandbags on its sides and top. These composite readymades can withstand small arms fire and shrapnel from artillery shells; with the sandbags they would be impregnable to what the Pakistanis were laying down on us non-stop.

Every day after last light, a team of junior commissioned officers and I would analyse the pattern of persistent Pakistani fire and continue to build the ‘overhead tunnel’, working till first light. This task took us four weeks to accomplish. In keeping with Indian Army traditions, we leaders didn’t ask our men to do anything we wouldn’t do. We would be first into the exposed section of the growing tunnel.

We filled sandbags and sewed them close as Pakistani bullets whistled and ricocheted all around us. Over four weeks, the tunnel grew from isolated sections across the field of Pakistani fire into a giant dotted line till it finally coalesced into one bulletproof route to the bunkers. The task was completed without any injury to men and damage to property.

During the entire duration of operation, jawans were tasked on rotational basis whereas same set of leaders involved in operation continued to lead without any rest, operating through the night and preparing the next day for the coming night operation. Finally, we were in! We had braved the fire the Pakistanis thought we couldn’t, and pulled off the impossible. All the bunkers were fortified afresh and occupied again. Another Pakistani mischief along the LoC had been thwarted.