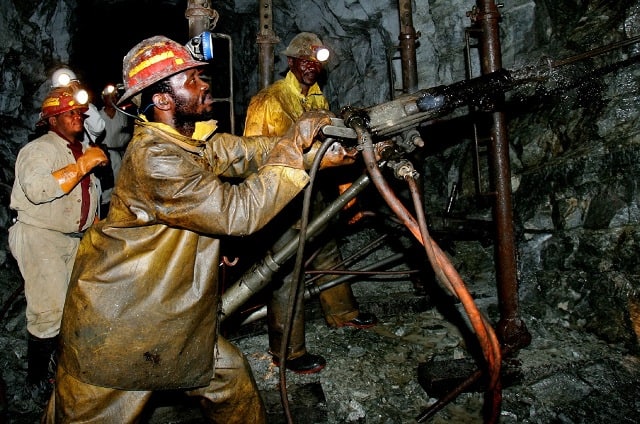 Companies anywhere engaged in digging earth on a very large scale for the purpose of taking out a variety of natural resources from iron ore to bauxite to copper ore have earned a bad name for their rapaciousness. In pursuit of profits, there is nothing they will not to do, from damaging the environment to leaving workers and people inhabiting the areas around mines in bad health. The greed driven mining groups will not, however, be found short in proclaiming from the rooftop of how dearly they embrace safety first and corporate governance.

Absurdities like asking visitors in head offices to hold on handrails become glaring when on January 25 a mine accident in Brazil claimed more than 350 lives and polluted streams and large tracts of farmland. No wonder this and last year’s disaster involving hugely big bauxite mine operation in the same Latin American country are instances of roughshod capitalism let loose.

Why Brazil alone, crony capitalism will prosper in any country where politicians and bureaucrats have discretionary power to dispense favour by way of sanctioning long-term leases of deposits of natural resources.

Fortunately, India did rid itself from mines centred crony capitalism – remember the coal scam relating to “inefficient” allocation of blocks to both public and private sector companies smacking of corruption during the UPA regime – when in 2015 with the amendment of mines and minerals (development and regulation) Act of 1957, the first come first served and discretionary mechanism for grant of mineral resources was replaced by a transparent and competitive auction process.

Two things have happened following the Act amendment – first, the competitive bidding for any resources under the gavel is fetching the government good revenues and second, mine owners are now paying a lot more royalty and other taxes to support local area development and exploration of new resources.

But what about the continent of Africa which holds all kinds of mineral resources in abundance claiming major attention of all countries, including the US, in Europe and specially China with the world’s largest ownership of metals making capacity? It is no wonder that China, which in the past two decades built enormous steel, aluminium and copper capacity allowing it to have half or more than half of world production in several metals will in its drive to secure raw materials security covet resources in Africa.

Nothing wrong in that. Even while China is the world’s largest mining nation, it is facing rapid depletion of its own mineral resources compelled as it is to make enormous supplies to local industries. The world’s second largest economy which nurses ambition to overtake the US is already found in the red zone in terms of natural resources reserves to production ratio.

China set its eyes on Africa ahead of others in the early years of the current millennium with a strategy called ‘two resources, two markets’ that saw both public and private enterprises scouring every nation in the continent with rich mineral resources irrespective of political regime therein. Rapid progress by Chinese groups in minerals assets acquisition using fair but more of foul means has invited criticism that without Beijing’s blessings government owned companies specially could not have indulged in corrupt practices to gain advantages.

In August 2017, a former Guinean cabinet minister who migrated to the US was given a seven year jail sentence in that country for giving mining rights to an unnamed Chinese conglomerate for an $8.5m bribe. Guinea is one of Africa’s poorest countries. So also Democratic Republic of Congo. Ignoring the frowns that they invite from all over the world, Chinese companies continue to brazen it out to tap into the continent’s energy and mineral resources to help feed its economic growth.

Strange though it may sound, a country which swears by communism has been caught promoting cronyism. When a mining company knows that it can buy favours by greasing the palm of the powers that be, expect it to cut corners on things like environment care, health of workers and people in mine adjoining habitations and disposal and safe keeping of mine wastes.

One example will illustrate how existence of crony capitalism creates an environment where a miner will not hesitate to drop its guard even on safety issue. In one of the worst tailings tragedies in history, a dam holding sludge of a mine owned by the world’s largest iron ore producer Vale in Minas Gerais state of Brazil breached in January resulting in a big human tragedy. What is highly distressing is that the tragedy occurred because of serious lapses in corporate governance at Vale. The company was forewarned last year that the dam had heightened risk of rupturing.

Not only this forewarning, Vale didn’t learn any lesson from the collapse of a tailings dam linked to a Brazilian iron ore mine in November 2015 that unleashed a tidal wave of mining waste that besides killing 19 people damaged river water and large tracts of farmland.

Managements of stock exchange listed big mining groups think it is enough to buy peace with shareholders by giving them large dividends and also rewarding them with share buyback at hefty premiums. But when accidents of the above types happen, the companies and also host countries become targets of global criticism. Image dented, market capitalisation of such companies falls. The mines remain shut for long leading to loss of production, revenues and profits.

Even then at regular intervals charade of mine accidents due to owners’ negligences followed by public protests, companies promising corrective actions and governments first making right noises and then letting the culprits off the hook with some penalties and compensation to victims keep on happening. It’s cronyism that always triumphs.

An accident that happened last year in the downstream of bauxite mines at the world’s largest alumina refinery Alunorte in Brazil owned by the Norwegian Norsk Hydro which promises “minimal footprint on environment and climate” in its mining and industrial activities and rigorous compliance with “applicable laws and regulations” has ramifications for India. This is because India is a major producer of bauxite, alumina and aluminium.

Aluminium is projected as an environment friendly metal mainly because of its perennial recyclability. But the dust generated in the process of excavation of bauxite unless foolproof arrangements for its mechanised suction are made will have serious health implications for workers and people in mine nearby villages. What is of bigger human concern is the safe storage of highly alkaline red mud generated as a by-product in the process of extraction of alumina from bauxite. Because of its high alkanility and also for containing traces of toxic heavy metals, the disposal and storage of red mud remain a massive challenge for alumina producers. Hopefully our National Aluminium Company, Hindalco and Vedanta do regular safety audit of the places where the alkaline by-product is stored.