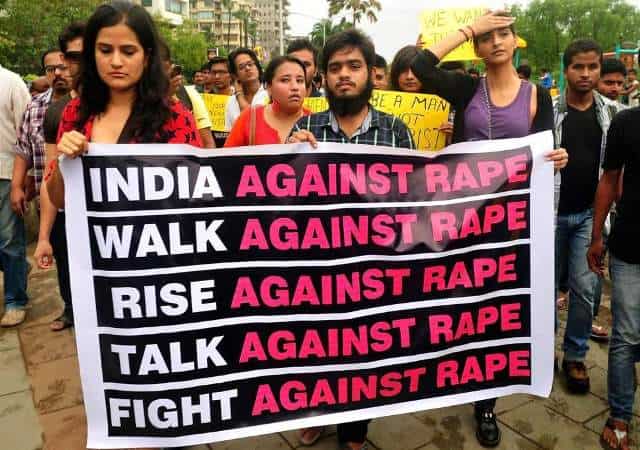 SC Sends A Strong Message On Rape By Deception

A recent Indian Supreme Court judgement ruling that sex on the pretext of marriage will be considered a rape, has hit two birds with one stone. While it has ensured that the victim got justice, it also made sure that the man did not go scot free.

The judgement assumes significance as the bench ruled that the crime could not become null and void even if the rapist and the victim have moved on and settled in their lives.

On April 9, a bench of Justice L. Nageshwara Rao and Mukeshkumar R. Shah pronounced a seven-year imprisonment term for a Chhattisgarh-based doctor. He was made responsible for the crime he committed by luring a woman to satisfy his “lust” on the false promise of marriage.

ALSO READ: A Harsh Rape Law Is Only The Beginning

The woman who was a resident of Bilaspur district was familiar with the doctor since 2009 and had a love affair with him.

The Supreme Court in a 33-page judgement awarded seven years of rigorous imprisonment to the accused after upholding his conviction given by the Chhattisgarh High Court. Though the SC reduced the sentence by three years, it ensured that the sentence was still harsh enough to send the message across.

The apex court made no bones about what it felt about the breach of trust on the part of the doctor. “It tantamount to a serious blow to the supreme honour of a woman and offends both her esteem and dignity,” the court said.

“Rape is the most morally and physically reprehensible crime in a society, an assault on the body, mind and privacy of the victim. While a murderer destroys the physical frame of the victim, a rapist degrades and defiles the soul of a helpless female. Rape reduces a woman to an animal, as it shakes the very core of her life,” the court further observed.

The term of the imprisonment in this case is a strong message to the men who could be potential conspirators and use deceit and emotional attachment of a woman to establish a physical relationship.

It also addresses the blatant abuse of the “consent” word, often used as a refuge by the accused. A consent on the pretext of a marriage is a blatant violation of woman’s dignity and the court has acted to protect the right of the victim. The court applied its mind to determine the nature of “consent” in this case and found that the accused used deceit to obtain approval for a physical relationship.

At a time when the crimes against woman are on the rise, such hard-hitting judicial interventions are timely. The bench in its judgement, even acknowledged that such deceitful activities were on the rise and decided to catch the bull by its horns.

In our society, the stigma often sticks with the woman even when she is the victim. By holding the man accountable for his action, the court transfers the blame on the man, and rightly so. This is the most important aspect of judgement and intends to build a right narrative to restore the honour of the woman.

A harsh jail term will not only act as strong deterrent but will also publicly shame the accused.

Though this was a pretty straight forward matter where the victim successfully proved her case at different forums, but it could be a bit tricky for a victim in many other similar instances of cheating for a variety of reasons.

The judgement underlines an important requirement for the prosecution to make its case before the court, for it [court] to consider this as a rape. In any such case, the prosecution will have to prove that this was not a mere breach of promise but non-fulfilment of a “false” promise.

The court will also examine whether the consent by a woman is given after wholly understanding the nature and consequences of sexual indulgence and if she would not have committed to any physical relationship in the absence of a promise made by the accused.

This essentially means that the onus will lie on the prosecution to prove if there was never an intention to marry the victim, but only a lust on the part of the accused.

The apex court has clearly ruled that there will be a different treatment, by the court, to those cases where the sexual intercourse could be on account of woman’s “love and passion” for the accused, and not solely on account of misconception created by the accused, or where the accused was unable to keep his promise due to unforeseen circumstances or situations which were beyond his control.

Having said this, it appears to be a fair approach for both the victim and the accused.