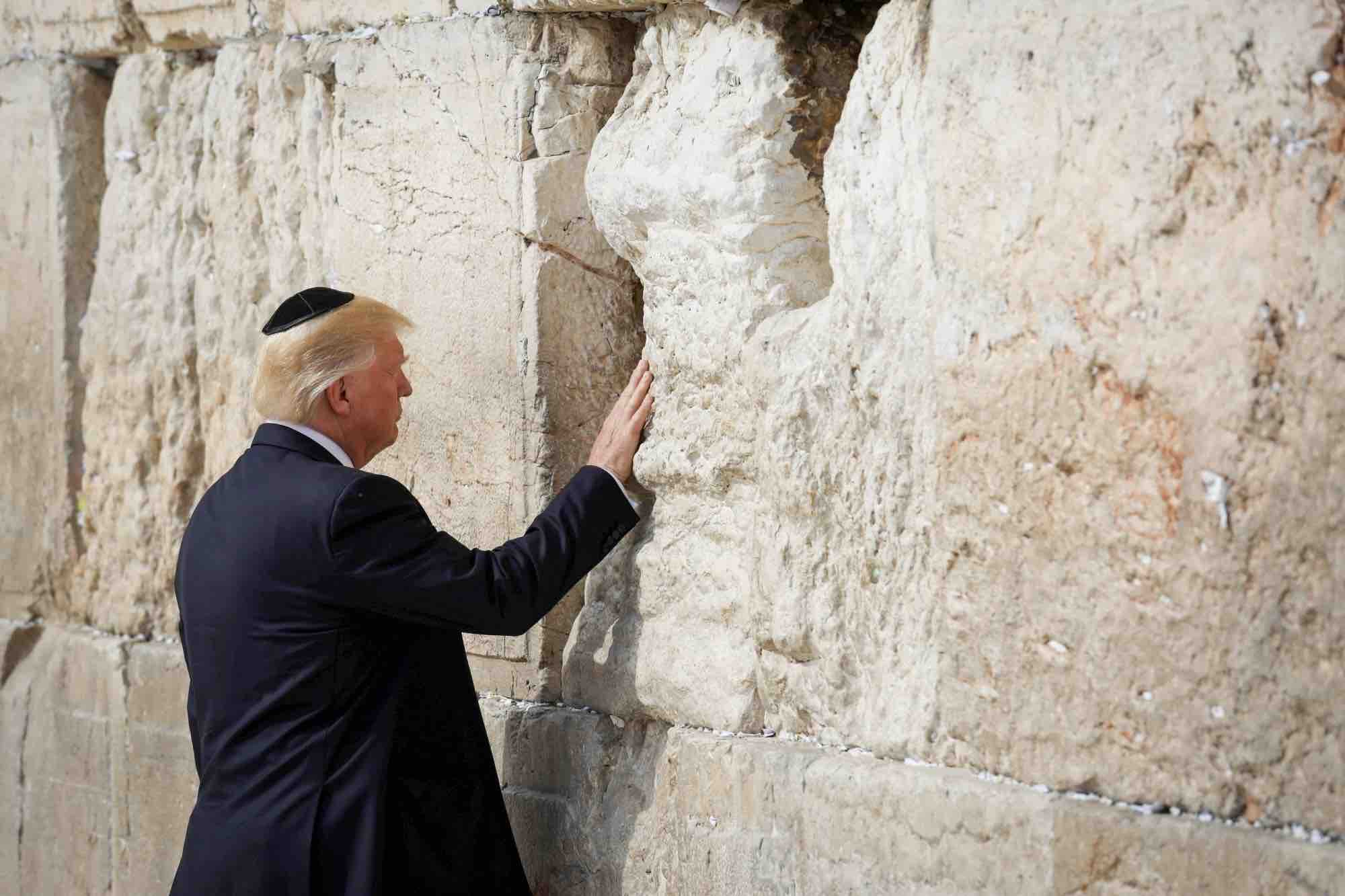 Trump all set to recognise Jerusalem as Israel capital

US President Donald Trump will unilaterally recognise Jerusalem as Israel’s capital, the White House has said, a move that elicited huge outrage from the Palestinians and the entire Arab world, media reports said on Wednesday.

The news comes ahead of an expected speech by Trump on Wednesday. The status of Jerusalem – a holy site for Israelis and Palestinians – is extremely contentious. Israel has always regarded Jerusalem as its capital, while the Palestinians claim East Jerusalem as the capital of their future state. The issue goes to the heart of Israel’s conflict with the Palestinians, who are backed by the rest of the Arab and wider Islamic world. The city is home to key religious sites sacred to Judaism, Islam and Christianity, especially in East Jerusalem. Israel occupied the sector, previously occupied by Jordan, in the 1967 Middle East war and regards the entire city as its indivisible capital. However, Israeli sovereignty over Jerusalem has never been recognised internationally, and all countries, including Israel’s closest ally the US, maintain their embassies in Tel Aviv. In recognising Jerusalem as Israel’s capital, the US becomes the first country to do so since the foundation of the state in 1948, the BBC reported. The move, if materialised, would mean a recognition of the city as Israel’s capital and is likely to fuel conflicts between Israel and Palestine further giving rise to global concerns. Palestinian factions have already announced that they would carry out three days of protest across the West Bank over the expected move. Trump on Tuesday told Palestinian President Mahmoud Abbas and Jordan’s King Abdullah II about his intentions. Arab leaders have warned against the move, with one saying this would be “a flagrant provocation to Muslims”. The Palestinian factions said protests will start on Wednesday and last until Friday at the very least. According to Palestinian leaders, marches against the decision were being backed by the Palestinian Authority, Israeli newspaper Haaretz said. White officials have, however, said Trump might not immediately move the US embassy from Tel Aviv to Jerusalem given logistical complexities and it might take several years, the BBC said. The Trump administration said recognising Jerusalem should be seen as “a recognition of reality” by the President. Specific boundaries of the city would remain subject to a final status agreement, it said. The status of holy sites will not be affected. Trump had promised the move to pro-Israel voters during his campaign for the presidency. Fatah Central Committee member Jamal Mahisan told Haaretz that Trump’s decision was “inflammatory” and will inspire Palestinians to take to the streets in rage. “The Palestinian people know how to protect their rights and we are in consultations regarding (our moves) in the coming days.” The Israeli Defence establishment is preparing for the demonstrations with intelligence assessments based on decisions taken by the Palestinian National Authority and by different factions within Palestinian society. Most of the activity is expected to take place in city centres, near American embassies and consulates. The main procession is planned for Thursday noon in al-Manara Square in Ramallah. People from across the West Bank are expected to join the march. On Wednesday, a large demonstration is scheduled to take place in Jenin. The Israeli military has decided to augment forces, mainly at prominent friction spots where soldiers come into contact with Palestinians, the Haaretz said. The police are also preparing, with reinforcements planned for Jerusalem and around the American embassy in Tel Aviv. Thousands of policemen are expected to be on duty in Jerusalem on Friday. Their main concern is lone wolf attacks that might be carried out by perpetrators across the city. (IANS)   //
MORE LM NEWS 24