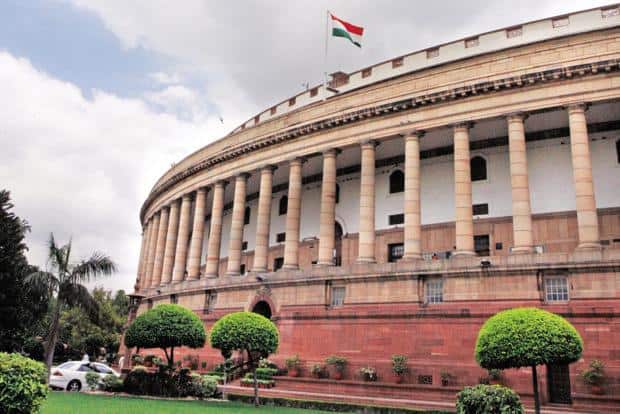 Parliament passed 30 bills in the just-concluded session, creating a record for the number of bills passed in a single session after the constitution of a new Lok Sabha, an official release said on Wednesday.

The release issued by Parliamentary Affairs Ministry said that the session has been historic in many ways as legislations relating to almost all walks of socio and economic activities have been passed.

“Thirty bills have been passed by both the houses of Parliament in this session which is a record in single first/effective session after constitution of new Lok Sabha,” the release said.

Noting that the session has seen “extraordinary output”, the release said 40 Bills (33 in Lok Sabha and 7 in Rajya Sabha) were introduced. Thirty-five bills were passed by Lok Sabha and 32 by Rajya Sabha. The Modi government does not have a majority in the upper house.

The productivity of Lok Sabha was about 137 per cent and that of Rajya Sabha about 103 per cent.

Referring to social and gender justice, the release said The Muslim Women (Protection of Rights on Marriage) Bill, 2019 which declares the triple talaq/talaq-e-biddat void is a major step towards grant of gender justice to the Muslim women.

The Jammu and Kashmir Reservation (Amendment) Bill, 2019 extends the benefits of reservation available to persons residing in areas near the Actual Line of Control to the people residing in the areas adjoining International Border.

The Protection of Children from Sexual Offences (Amendment) Bill, 2019 makes the punishment for sexual offences against children more stringent.

The bills promote and strengthen the alternate dispute resolution system and Non Performing Asset management system and were a step forward in building confidence among investors, it said.

The Special Economic Zone (Amendment) Bill, 2019 seeks to include “trust or entity” within the definition of a person under the parent Act so as to expand the scope of entrepreneurs who can set up units in the SEZ.

It said the Code will facilitate ease of compliance of labour laws and was a step forward for equity, the release said.

On transport reforms, it said that the Motor Vehicle (Amendment) Bill, 2019 seeks to address the issues relating to road safety, citizen facilitation, public transport, automation and computerisation besides increasing fines and penalties for violation of provisions.

The Airport Economic Regulatory Authority of India (Amendment) Bill, 2019 will enable adoption of a tariff-based bidding system for engaging private partners in infrastructure projects at airports besides amending the definition of a major airport, it said.

The release said that results were achieved “due to excellent floor coordination in both the Houses” by ministers in the Ministry of Parliamentary Affairs under the leadership of Prime Minister Narendra Modi.

It said that during a discussion on the National Medical Commission Bill, and the Motor Vehicle (Amendment) Bill in Rajya Sabha, the ministers accepted some suggestions of opposition members and moved official amendments.

The release said that the session has started a new practice of not adjourning the House for the entire day in case of death of a sitting member and adjourning it for a few hours to transact the essential business of the day.

The first session of 17th Lok Sabha started from June 17 and the session of Rajya Sabha from June 20. The Lower House of parliament was adjourned sine die on Tuesday and the upper House on Wednesday.