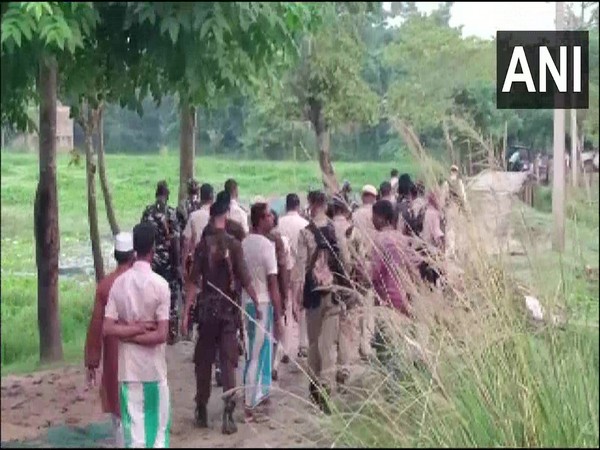 The raids were conducted in coordination along with the central investigative agency at several places including in Shaheen bagh, Nizamuddin, Rohini district and in the northeast district areas, officials said.
A total of 30 members of the group were put under preventive arrest after the police action.

According to Delhi Police, the suspects were planning a violent protest on a large scale across the city as well as a nationwide protest.

Electronic devices were also seized from these locations.

Delhi Police has also imposed Section 144 with effect from September 19 after receiving information that some people/groups may indulge in activities prejudicial to the maintenance of peace in the jurisdiction of the South-East District.

Information has also been received that such activities may seriously endanger life and property of the citizens and maintenance of law and order in the jurisdiction of South East District, police said.

Delhi Police has prohibited the carrying of ‘mashaals’ (live flame torch) or live fire candles or live fire in any form in processions, rallies, or functions, in the entire jurisdiction of Sub-Division New Friends Colony, South East District.

The order that came into force with effect from September 19 will remain in force for a period of 60 days up to November 17 this year, the Delhi Police said stating that any person contravening this order shall be punishable under Section 188 of the Indian Penal Code.

“Joint raids by a Central agency and Delhi Police are underway at places related to PFI in different parts of the national capital including Nizamuddin, Shaheen Bagh area. 30 people were put under preventive arrest while some others were detained,” said the Delhi Police.

According to the input of the central agency, the raids were also conducted in the northeast district including the Rohini district.

“Information has been received that some people/groups may indulge in activities prejudicial to the maintenance of peace in the jurisdiction of South-East District. And where information has also been received that such activities may seriously endanger the life and property of the citizens and maintenance of law and order in the jurisdiction of South East District,” said the police.

This order came into force on September 19 and shall remain in force for a period of 60 days up to November 17. Any person contravening this order shall be punishable under Section 188 of the Indian Penal Code.

In statewide raids in Karnataka, more than 75 PFI its political wing Social Democratic Party of India workers and leaders were taken into preventive custody, informed a police official.

“Over 75 PFI and SDPI workers and leaders have been taken into preventive custody, including the SDPI Yadgiri district president. The police raids are underway across the state. The cases have been booked under sections 108, 151 CrPC,” said Alok Kumar, ADGP Law and Order, Bengaluru.

In Uttar Pradesh, the state’s ATS and UP Special Task Force took more than a dozen PFI leaders into custody in raids across the state, informed the police sources.

Crackdown on the Popular Front of India continued in Maharashtra as the ATS and local police conducted raids in various parts of the state and arrested various persons linked with the organisation.

“Raids by ATS and local police are underway on people associated with PFI in many parts of the state,” said the ATS.

The Thane Police informed that its crime branch has arrested four people associated with PFI.

The Nashik Police also arrested two persons liked with the organisation. Both the arrested persons will be produced before the court later today.

One of the two persons, identified as Mohammed Irfan who, according to the Nashik police, was earlier booked for holding an illegal rally in May this year.

According to local police, there were inputs against some persons, who are connected to PFI, were involved in illegal activities.

This comes in continuation of the crackdown started by the NIA and ED against the PFI on September 22.