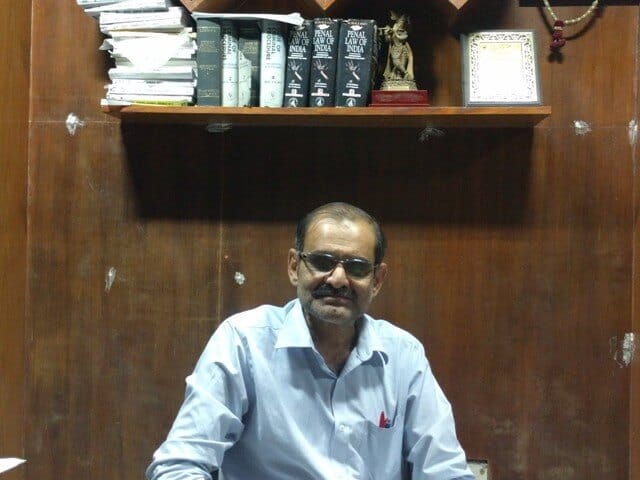 ‘A Harsh Rape Law Is Only The Beginning’

It was a gut-wrenching experience the first time I was part of the prosecution in a case relating to the rape of a minor. An eight-year-old girl visiting her grandmother in one of the Capital’s suburbs had been raped by a neighbour. It shocked everybody.

Now it seems to have become one of the usual crimes. It’s an epidemic out there. It just doesn’t stop, having mutated into several common forms now. One such horrible development is more cases of rape of minors, like the Kathua case.

The ordinance okayed by the Cabinet recently is a step in the right direction. Following the outcry after the Nirbhaya rape case of 2012, the law was strengthened to enlarge the definition of rape, bring juveniles above the age of 16 into the pale of the law for such cases, and fast track courts came up. I fully support the introduction of capital punishment where brutality or unnatural offences, especially in case of a minor’s rape, is established.

In cases where brutality is not established, punishment must still be severe, if not death. That did not really address the issue of police investigation, and more importantly, the appeal process. Even if trial courts ensure speedy trial, the appeal process becomes long-winded.

Look at the Nirbhaya case; this is the one that brought these legal issues to the foreground, but there’s still no closure yet. Now police probes and the trial have been set time limits, as has the appeal process. The higher quantum of sentence in cases of rape where the victim is of tender age, plus the fact that judges are to have a free hand to sentence convicts to prison for life in cases where the victim is below 12 are, in my view, long overdue corrections of the law.

It must be noted that making penal provisions harsher does not directly translate into reducing instances of rape. What it does is to empower the victim and society at large, raising the issue in the national consciousness and sending out the message that the law in the books is in step with the reality in the street. Of course, implementing the changed law will put the police and courts to the test.

Investigation and prosecution will have to rise to a whole new level, and that I chose to remain sceptical about, simply because such things are easier said than done in the creaky-giant systems of our country. And all this will require governments to spend large sums. A couple of things I want to draw attention to is what we lawyers have observed. First, the explosion in rape cases between former live-in partners and between people with active sexual relationships, including those who elope and those indulging in extra-marital sex.

Some lawyers even call these cases Facebook rape because social media is the new source for the growing number of rape cases. In my view, for rape cases figuring people with access and activity on social media, no less than half would be a ballpark figure for relationships gone wrong or where the family of the victim converts elopement into rape to avoid the stigma. I’m no sociologist, but maybe our society at large is not mature enough to handle the power and vitality of social media.

My point is that these cases do not reflect growing criminalisation of society; rather they are a symptom of a social change, a sexual ferment that is muddling to and fro across the lines of the law. With time and clear judgments, this is bound to be minimised. My other point is about rape of minors.

While sexual abuse of minors by family members or known persons is rampant across income levels, almost all of the brutal cases of minors being raped come from lower-income groups. A little child being raped by a neighbour in a slum is the most common kind. Read the papers and this will become evident. This high correlation needs to be addressed.