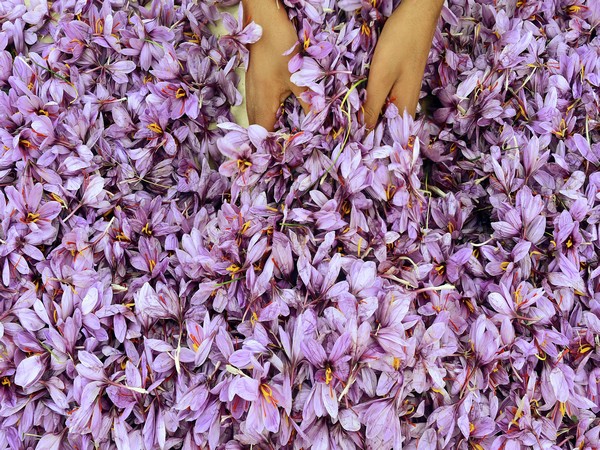 After Success Of Trials With J-K’s Help, Sikkim To Launch Saffron Cultivation

The trial phase was undertaken under the supervision of Sikkim University, which has given enthusiastic results. Sikkim government has done a trial of saffron cultivation in various pockets of Sikkim like Yaksum and nearby areas in West Sikkim and Pangthang, Simik, Khamdong, Padamchen and surrounding areas in East Sikkim have been identified for further cultivation.

A high-level delegation from Sikkim also visited Jammu and Kashmir for an agreement and tie-up last July and then onwards all department officials are in touch to ensure production.

The Sikkim government cultivated saffron on around one and a half acres of farming land in different locations to see results, which have fantastic results, Sikkim Governor Ganga Prasad told ANI.

“Mission started in 2020 with a small piece of land under the monitoring of Sikkim University. After successful results, cultivation attempt made in a different part of State, which was also very successful,” said the Governor.

Governor Prasad also said that the success rate of saffron cultivation is around 80 percent, which is good.

“Sikkim has very supportive weather for saffron cultivation and it has all required,” he said.

He further said that they held several meetings with Chief Minister Prem Singh Tamang and other officials in Raj Bhawan for discussion and expansion of saffron cultivation.

The Sikkim government is looking at it as a major move to boost growth and benefit farmers. Both Jammu and Kashmir have a specialty in saffron cultivation. (ANI)