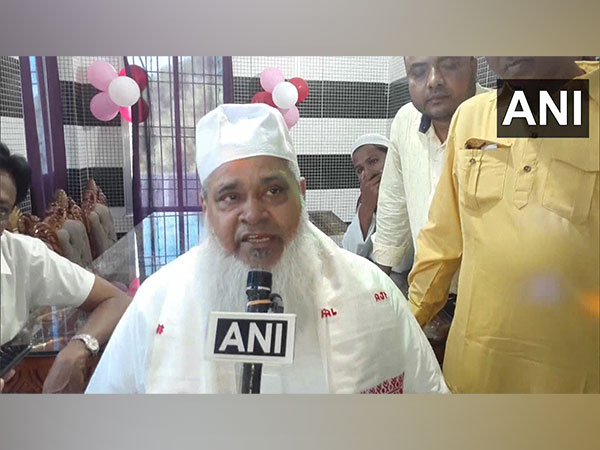 AIUDF’s Badruddin: Hindus Should Mary Off Girls At 18-20 Yrs

All India United Democratic Front (AIDUF) chief Badruddin Ajmal on Friday said that Hindus should adopt the Muslim formula and get their children married at a young age.

“Muslim men marry at the age of 20-22, and Muslim women also marry at 18 after the permissible age by the government. On the other hand, (Hindus) keep one two or three illegal wives before marriage, they don’t give birth to babies, enjoy themselves, and save money…,” the AIDUF chief said.
When asked about claims that the Muslim population was increasing the AIDUF chief said, “After the age of 40 they get married under parental pressure… So, how can one expect that they will bear children after 40? If you sow in fertile land then only you can bear good crops. There will then be growth.”

Ajmal said, “They (Hindus) should also follow adopt the formula of Muslims and get their children married at a young age, get them married at the age of 20-22, get the girls married at 18-20 years and then see how many children are born… “

“Chief Minister is one of the top leaders of the country today. So, who is stopping him, you also carry out four to five ‘Love Jihad’ and take away our Muslim girls. We will welcome it and won’t even fight. It will also be seen how much power you have,” Ajmal said.

Assam CM had recently said that there was an element of ‘love jihad’ in the Shraddha Walkar case. Sarma had last month said that India needs a Uniform Civil Code and a law against ‘love jihad’. During the roadshow in Delhi ahead of the Municipal Corporation of Delhi elections, the Assam Chief Minister said “India does not need a person like Aaftab (Shraddha murder case accused) but a person like Lord Ram, a leader like Prime Minister Narendra Modi.”

Meanwhile, the AIUDF chief Ajmal today said also urged the Waqf board to allow Hindu girls to study in colleges being opened solely for Muslim girls.

“Karnataka Waqf Board has said that it will open 10 colleges for Muslim girls. I will appeal to them that they should allow Hindu girls in colleges constructed by them. We want to educate all girls,” the AIUDF chief said. (ANI)