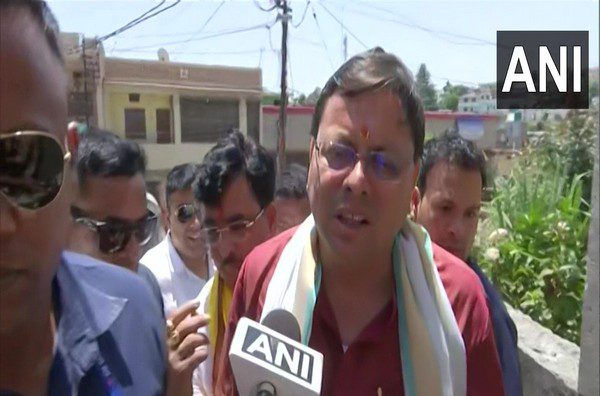 Uttarakhand Chief Minister Pushkar Singh Dhami on Tuesday spoke to the father of Ankita Bhandari, who was murdered in Rishikesh, and assured him of justice in the case.

“I had spoken to Chief Minister Pushkar Singh Dhami over the phone. He has given full assurance that justice will be served in my daughter’s case,” said Ankita’s father.

The family members also agreed with the constitution of SIT in the case.

The Uttarakhand Chief Minister slammed the opposition tactics over the matter and stressed a fast-track approach in the case.

“I have asked that probe be done in fast track court for swift justice to Ankita Bhandari. The accused have been arrested, strictest action taken. STF was also formed. The opposition raising matter only for political reasons, action taken is just as per legal process,” said CM Dhami.

Earlier, the Uttarakhand Police probing the horrific Ankita Bhandari murder case said Tuesday that the SIT had recovered two vehicles allegedly used in the crime from a resort where Ankita worked in Rishikesh.

“We are analysing all the evidence. A post-mortem report has been received. We will record the statements of women who worked at the resort. Two motorcycles used in the crime have been found. We will apply for police custody of the accused for interrogation, including Ishita, in the resort of the main accused Pulkit Arya,” the DIG told ANI.

The body of Ankita Bhandari, 19, was recovered from the Chilla Canal in Rishikesh on September 24. “It has been found from the CCTV footage that these two vehicles were used by the accused for going to Chilla barrage and coming back,” the DIG said.

The murder case sparked massive outrage and protests were reported from various parts of the state. Angry locals even set on fire the resort where Ankita worked. Chief Minister Pushkar Singh Dhami then ordered officials to ensure law and order in the state. (ANI)