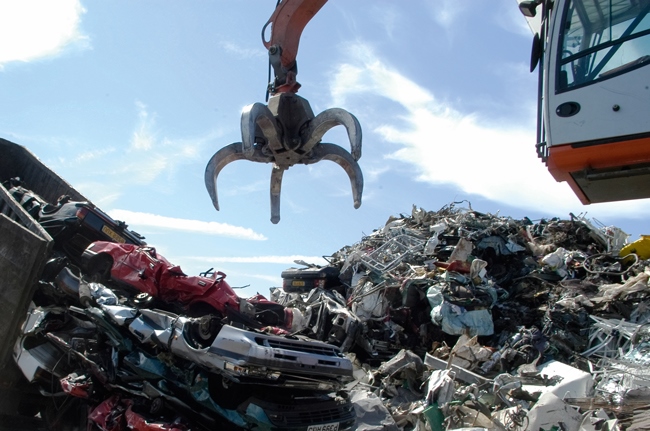 Whatever one may say about the quality of management of the economy by Indian finance minister Nirmala Sitharaman, she unfailingly chooses her words aptly irrespective of issues. Even then like politicians everywhere, she is vulnerable to landing herself in trouble, thanks to some media persons given to sensationalising by taking up a point from the raft of arguments she may be making to justify a development.

This happened with her a couple of years ago when she became a target of incessant attack in social media following a newspaper report saying that Sitharaman attributed automobile demand slackening to “millennials prefer not to commit to an EMI and instead prefer having Ola or Uber or taking the metro.” The report didn’t say that the minister also deliberated on impact of stricter emission norms for vehicles (Bharat Stage VI) and registration fees on car demand besides millennial mindset. Sitharaman, as a result, became a sacrifice at the altar of an incomplete report.

Notwithstanding all the brickbats targeted at Sitharaman, surprisingly mostly by the millennials, the ones born between 1980 and 1995, the net savvy upwardly mobile young Indians are increasingly opting for shared mobility and that trend continues to gather pace. This is a phenomenon common in developed and emerging economies, based on convenience, economy in travelling and support from local governments. Minister Sitharaman presented her analysis at the right time in September 2019 since in the earlier month Indian car sales, according to Society of Indian Automobile Manufacturers, nosedived 31.57 per cent to 196,524. August car sales fall was for tenth consecutive month rallying vehicle manufacturers to seek reliefs from the government.

The woes of the industry resulting from growing traction of e-hailing trips, chips shortages hurting production and postponement of car buying by middle class citizens due to the scare surrounding Covid-19 and its variants such as Delta and Omicron remain. For example, passenger vehicles sales in 2020-21 were down to 2,711,457 from 2,773,519 in the previous year. Last month sales were highly disappointing at a seven-year low at 215,000, down 19 per cent from 264,000 in November 2020.

The critics may say anything, but Sitharaman is meeting with growing support for her opinion on virtues of shared mobility. The other day the UK’s junior transport minister Trudy Harrison said owning a car was to become a fad of the past. Speaking at a virtual sustainability conference, she said owning a car was an “outdated 20th century thinking centred around private vehicle ownership. But she thought her country where, according to global database company Statista 63.5 million households out of a total of 80.7 million own at least one car is finally reaching a “tipping point where shared mobility in the form of car clubs, scooters and bike shares will soon be a realistic option for many of us to get around.” What Johnson said was all about laying down the obsession of private car ownership for “greater flexibility (in movement), with personal choice and low carbon shared transport.”

Harrison will not be easily laughed out of court. For she has tartly said: “Many things seem far-fetched until they aren’t and I believe the same is true for shared mobility.” At the Cop 26 UN climate change conference, the UK government has made commitment to bring down emissions to net zero by 2050 and towards this goal is a 5 billion sterling pound investment commitment to green transport. Her prime minister has a messianic zeal for cycling and the world saw a demonstration of that when Boris Johnson was filmed riding a bike at the recent Conservative Party conference in Manchester. Johnson’s belief in cycling underpinning good health and clean environment and his transport minister’s recent pronouncement are seen as signals to the UK phasing out use of petrol and diesel cars by 2030. Incidentally, cars have a share of 13 per cent of the UK’s greenhouse emissions.

Reaching that target will be conditional upon carmakers’ capacity to fully migrate to electric vehicles, creation of a countrywide infrastructure of battery charging stations and incentives to be doled out by the government to encourage people to send petrol/diesel cars for scrapping.

But what about India? Take Delhi or Mumbai or Kolkata, the single biggest source of city pollution is emissions from vehicles, many of which wear the tag ELV (end of life vehicle) ready for being consigned to auto recycling yard for recovery of metals such as steel, aluminium and copper. Growing numbers of vehicles left in the open for lack of proper garage space and their open air cleaning are both a public nuisance and a contributor to pollution. After many years of deliberations, the government finally has an automobile recycling policy in place that says more than 15 year old commercial vehicles and cars that have aged 20 years, irrespective of fuel in use will be headed for recycling yard if these fail an automated fitness test.

While the scrappage policy is good news for the automobile industry, it at the same time has to contend with Delloite’s global automotive consumer study saying that the Indian youth are to bring about a “tectonic shift” towards shared mobility services. Remember, people in age groups of 25-44 and 45-64 constitute two major portions of Indian population who commute for work on a daily basis and their travel preferences will have a major bearing on shared mobility. In the meantime, Morgan Stanley says by 2030 India will witness a kind of expansion of shared mobility services to become a global leader in the field. “The proportion of shared miles will reach 35 per cent of all the miles travelled in the country, and this will further increase to 50 per cent by 2040,” says the investment banker.

Many, however, believe that once the internet services beyond the major cities become stable, shared mobility will be embraced by people in the rest of the country. This will further raise the shared mobility’s claim (in terms of percentage) to the total miles travelled.  The American mobility service provider Uber and the home grown Ola have found millennials as committed customers and their clientele that now includes the middle aged and elderly is growing rapidly in the post Covid-19 second wave. This being the reality, automobile makers must get ready to face the structural challenges coming from the two major aggregators and also some small localised service providers.

A ‘strategic assessment of shared mobility market in India’ by consulting and market research firm Frost & Sullivan says both fleet size and revenues from shared mobility services will grow strongly to 2025 and likely beyond as more and more people are getting hooked on to e-hailing because of convenience and economy in commuting compared with owning a car. It expects the fleet size of such services in India to become 4.7 million by 2025 from around 2 million in 2019. A global market study of the emerging business by a separate agency has forecast that the shared mobility market valued at $412.2 billion in 2020 is to become $730.2 billion by 2028. This survey says government urgings that people used share mobility services are the “biggest growth driver” for the business whose origin could be traced to Switzerland of the 1940s and then to the shared micro-mobility offerings such as bicycles in some European countries in the 1960s.

Shared mobility is a global phenomenon which already has taken deep roots in our country and as the author has quoted expert agencies e-hailing in particular will continue to see rapid growth here. All that is good, including its positive impact on environment. But at the same time, we shall expect of the likes of Uber and Ola to give the employee benefits to the growing ranks of drivers. I understand, the European Union has recently passed a legislation on the subject. Let New Delhi look at that.