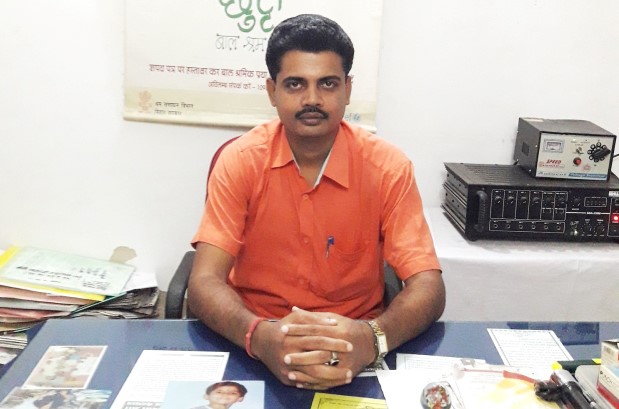 Rajesh Singh, a social activist from Katihar (Bihar), says penal provisions can only deal with the criminality part of prohibition law, not the behavioural aspect

Bihar is one of the few states in the country where the sale and consumption of alcohol is completely banned. When the prohibition law came into force in the state in 2016, it was strictly enforced. However, in the past six years, a lot has changed. The law is still there but it doesn’t deter the alcohol traders and consumers any longer.

A complete illegal ecosystem has boomed in the state where alcohol mafias have emerged and children as young as 13 to 15 are being involved in the illegal trade. I am a member of the juvenile justice board. Quite often, we see children being produced in the court for being the part of this illegal trade syndicate. They are being used as a courier boy for the delivery of alcohol.

Surprisingly, in many cases, their family members, mostly from the poorer section, are aware of their involvement. They only see this as easy earning by the children. This has created another problem. These children, who are involved in the liquor trade, also become the consumer and gradually get into other substance abuse too.

In addition, there is rising cases of deaths by spurious liquor in Bihar. Hundreds of people have died or lost their eye-sights due to consumption of spurious liquor. These incidents have also raised questions on the police administration. In many cases, the law enforcers are found to be a part of the illegal trade.

According to some estimates, more than 40,000 poor people are languishing in the jails due to harsh provisions of the anti-liquor law. Probably, these high numbers also alarmed the government which passed the Bihar Prohibition and Excise (Amendment) Bill, 2022, and stated that people caught consuming liquor will now have to pay a fine before a magistrate and won’t be sent to jail.

I believe strict laws can’t be the solution to this menace. Penal laws merely deal with the criminality and push more people down the wrong path. For any social or behavioural reform, awareness and education about the ill effects of an addiction are most important.

As an NGO, we organise various programmes, in association with the distric administration, every month to spread awareness about the ill-effect of alcohol or other drug addictions. We have helped many people cleanse themselves from addictions and abuse.

We urge the government to focus on developing more de-addiction centres in the state and spreading awareness. This can be the only solution to make Bihar a true dry state in the country.