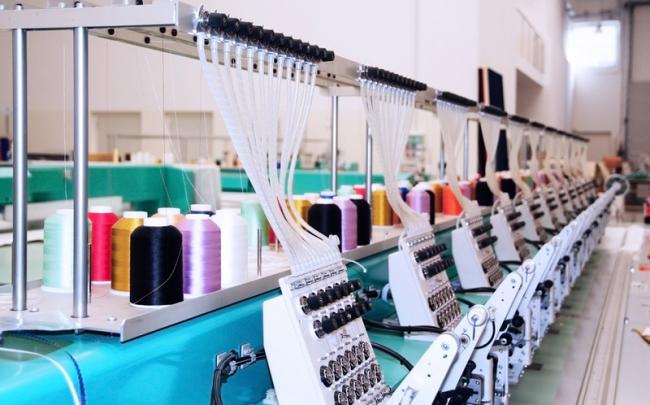 As China witnessing a decrease in its share of trade due to economic slowdown due to Covid implications, Bangladesh may overtake it as the source of most of the European Union’s (EU) apparel, reported The Daily Star.

According to Ahsan H Mansur, Executive Director of the Policy Research Institute, primarily it will be for the shortage of skilled labour (China’s demography as its population is decreasing) and secondly for Bangladesh producing high-end value-added garment items, that it may overtake China with regard to exports to the EU in the near future.

Even though China continues to hold the title of being the largest apparel supplier to the EU, the penetration of Bangladeshi garment items has been growing with rising demand for basic and value-added garments, reported The Daily Star.

Apparel shipments to the EU from Bangladesh grew by 41.76 percent in the January-October period of last year to USD 19.40 billion, helping to retain its position as the second largest garment exporter to the world’s largest trade bloc after China.

China has been losing its global apparel market share over the last couple of years mainly because of a shortage of skilled workforce, withdrawal of foreign investments, and an increase in production costs, reported The Daily Star.

Notably, the Chinese industrial production base is shifting from manufacturing to heavy and sophisticated technological gadgets involving mobiles and home appliances.

This is resulting in work orders being shifted from China to other Asian countries like Bangladesh, Vietnam, Thailand, Cambodia, India, and Pakistan.

Moreover, with workers quitting garment factories for higher salaries in the production of sophisticated items, Chinese garment manufacturers are experiencing a shortage in their skilled workforce, reported The Daily Star.

Also, garment manufacturers are unable to pay higher salaries as international clothing retailers and brands are unwilling to pay more for garment items.

In 2015, Bangladesh’s share in the global apparel market was 5.9 percent, and based on the country’s garment export data of 2021, the percentage has gone up to 6.5 percent.

The region-wise analysis also shows a decline in garment shipments from China.

For instance, in 2015, the market share of China in the EU apparel segment was 37 percent and in 2022, the percentage declined to 28.4 percent, according to a study by Sheng Lu, an associate professor of apparel and textiles at the University of Delaware.

Meanwhile, Bangladesh’s market share in the EU increased to 24 percent in 2022 from 18.5 percent in 2017, according to the Bangladesh Garment Manufacturers and Exporters Association (BGMEA).

As per local exporters, another reason for work orders being diverted from China to Bangladesh is the recent tariff war between the US and China as international retailers and brands want a sustainable sourcing destination, reported The Daily Star.

Moreover, the remediation of garment factories with recommendations of the Accord and Alliance, two international inspection agencies, also fortified workplace safety measures in Bangladesh.

This ultimately brightened the image of the country and the sector itself for which international retailers and brands are coming up with increasing volumes of work orders.

Bangladesh is also shifting its production base to high-end value-added garment items from basic items, reported The Daily Star.

The local manufacturers are grabbing a bigger market share of garment items made from man-made fibers to obtain better prices and more work orders from international retailers and brands.

Over the last four and a half decades, the capacity of Bangladesh’s garment industry has also grown a lot, enabling it to cater to any quantity of work orders.

Not only this, the country’s primary textile sector, which includes spinning, dyeing, finishing, knitting, weaving, and sizing, has witnessed investments worth over USD 20 billion.

The primary textile sector is acting as the garment industry’s main supplier of raw materials locally, reported The Daily Star.

Moreover, work orders have also been recently shifting from other countries like India, Pakistan, South Korea, Vietnam, Sri Lanka, Myanmar, Ethiopia, and Cambodia as they are incapable of catering to orders for large volumes at competitive prices.

Bangladesh is already overtaking China in terms of exporting denim to the EU, said Faruque Hassan, President of the BGMEA.

“I am hopeful that we will overtake China in other product categories as well in the near future,” he told The Daily Star over the phone. (ANI)