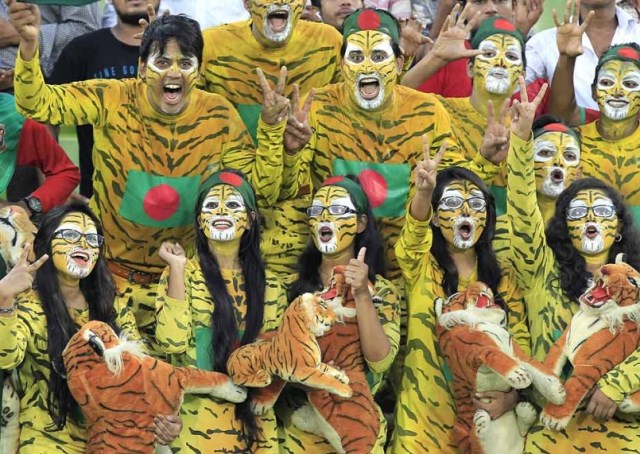 Bangladesh – The Next Asian Tiger

Last December, after witnessing Bangladesh’s ‘Bijoy Divas’, the day in 1971 Pakistani military had surrendered to Indian and Bangladeshi joint command, I experienced a sad, solemn moment at the home of its founding father, Bangabandhu Sheikh Mujibur Rahman. He was assassinated along with 20 of his family members on August 15, 1975.

On that fateful night of August 14-15, a group of serving and retired Bangladesh Army officers had, in a planned conspiracy, stormed this house located in Dhanmondi Residential Area. After killing other inmates including his wife, three sons, one of them just ten, and two daughters-in-law, one of them pregnant, they confronted Mujib as he came down from the second floor bedroom.

They demanded he resign. When he refused, he was gunned down. Bullet marks bear testimony and rose petals spread where Mujib fell remind of the mayhem. Then posted at Dhaka, I had reported that coup d’etat. As memories came rushing, the passage of almost 45 years couldn’t steel my senses. I cried while signing the Visitors’ Book.

India had played a key role in 1971. Prime Minister Indira Gandhi’s government hosted ten million refugees. On diplomatic front, she could persuade lawmakers like the US’ Edward Kennedy, sections of the international media, artistes like violinist Yehudi Menuhin and philosophers like France’s Andre Malraux. But she could not shake the Western governments driven by Cold War bias.

Signing the Friendship and Peace Treaty with the then Soviet Union, India, when attacked, responded with full military fury. Its confidence showed at the massive rally at Delhi’s Ramlila Maidan that Indira addressed, with fighter jets providing air cover.

The two-week war ended with surrender of 93,000 Pakistani soldiers. It was the swiftest and most decisive outcome of a war since the World War II. And precisely three months later, the Indian Army left, its departing columns saluting Mujib. There is no precedence.

Viewed in the backdrop of the Cold War, this was a debacle for the West. Bangladesh was not recognized for long by the West and the Islamic world. An unrepentant Henry Kissinger called Mujib “history’s favourite fool.”

That Mujib’s assassination, like Chile’s Salvadore Allende, was a conspiracy is glossed over today, post-Cold war. American journalist Lawrence Lifschultz, in his book ‘Bangladesh: An Unfinished Revolution’, writes that the “CIA station chief in Dhaka, Philip Cherry, was actively involved in the killing of the Father of the Nation—Bangabandhu Sheikh Mujibur Rahman.” Cherry, of course, denied this. His boss, the US Ambassador, said he was unaware. But, among the many pointers, one is of Cherry’s woman colleague being friendly to Major Shariful Haq Dalim, one of the “killer majors”, who announced on the radio Mujib’s killing and the success of the coup.

Final touches to the conspiracy were given during Dhaka visit of the first Pakistani trade delegation barely ten days before it unravelled. It included a retired Pakistan Army major general, a former Intelligence chief. As per official itinerary, the delegation met Khandaker Moshtaque Ahmed, then Commerce Minister. Within hours of Mujib’s assassination, Moshtaque became the President.

Moshtaque replaced the national slogan “Joy Bangla” with “Bangladesh Zindabad”. He was removed in November 1975 after he had signed the Indemnity Ordinance that blocked any punishment to the “killer majors”. Two decades later, after Hasina Government took office, the National Assembly repealed it.

In office, Mujib left a mixed record. An astute politician and agitator, his experience of and hold over governance were poor. He fought against heavy odds, even natural calamities like drought and flood during his short tenure that witnessed chaos and food shortages. Bangladesh came to be called an “international basket case.”

Daughters Hasina and Rehana escaped the massacre as they were in Germany. They were hosted for six years at a safe house in New Delhi, protected from hostile governments in Dhaka. This has been a less-known chapter of India helping in the well-being of Bangladesh.

This contemporary history, it seems, is poised to take a full circle. Pakistan and Bangladesh are set to normalize relations, almost half-a-century after they were violently snapped. A thaw is building. Imran Khan last month phoned Hasina to invite her to Islamabad.

This will be epochal for the generation of Indians that suffered while hosting ten million refugees in 1971, paying Refugee Relief Tax. Those who fought and families of those who died in the conflict that year, may find this heart-breaking.

But shorn of Indian sentiments, and that of Bangladesh’s own freedom fighters, this is also inevitable when seen from a larger prism. After all, Vietnam, last century’s most violated nation, has normalized ties with the US.

Times are a-changing. The US is about to hand over Rashed Chowdhury, one of the “killer majors”, to be hanged by Dhaka, so that the latter doesn’t get too close to Beijing!

The regional context explains it better. There is definitely a nudge from China that has crossed the Himalayas. It is wooing all of South Asia, once India’s backyard, with its deep pockets and political determination.

For Pakistan, if the Indian enemy’s enemy (China) has been a long-time friend and now a saviour, then the enemy’s friend (Bangladesh) should be more so. It would be is getting back at India.

Arguably, Pakistan under Khan and his mentors, the Army, is trying to cleanse its image as militancy hotbed. Unable to sell its line to the world since India ended Kashmir’s special status, reaching out to Bangladesh serves multiple purposes: a) it can hope to be seen as a conciliator in the western eye and also please the Muslim ummah, b) it can in the long run hope to drive a wedge between Delhi and Dhaka when the latter is already peeved with the Modi Government’s Hindutva agenda and; c) it can tug at the sentiments of those that once lived as part of Pakistan and enjoyed privileges.

Although Khan renewed invitation to Hasina to visit Pakistan, it seems unlikely for now as she prepares to lead Bangladesh into 50th anniversary celebrations, already underway. She wouldn’t like to answer this query: liberation from whom? Would she invite Khan to the celebrations, the way her father had invited Z A Bhutto to Dhaka in 1974?

A rush is unlikely. Bangladesh Foreign Minister Abdul Momen asked the Pakistani envoy who met him that Pakistan formally apologize for 1971. Khan can’t sell this to the army, forget his people.

Undoubtedly, it is for Bangladesh to decide how to respond to Pakistan’s overtures. Separation from Pakistan was not only due to political and economic discrimination. Bengalis had shed blood to preserve their language and culture. That ethos sustains among emotion-driven Bangladeshis. It was evident while fighting the Islamist extremists.

He sees Bangladesh as the next Asian Tiger. Its population graph has reversed in Pakistan’s comparison. The health indicators are positive. “Bangladesh and Pakistan are different countries today because they perceive their national interest very differently. Bangladesh sees its future in human development and economic growth,” says Hoodbhoy.

“For Pakistan, human development comes a distant second. The bulk of national energies remain focused upon check-mating India. Relations with Afghanistan and Iran are therefore troubled; Pakistan accuses both of being excessively close to India. But the most expensive consequence of the security state mindset was the nurturing of extra state actors in the 1990s. Ultimately they had to be crushed after the APS massacre of Dec 16, 2014.” This, Hoodbhoy points out, “coincidentally, was the day Dhaka had fallen 43 years earlier.”