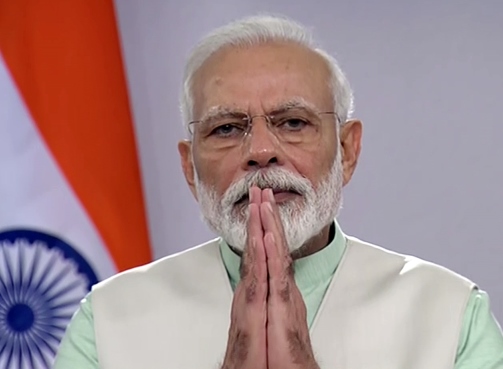 Befitting Reply Given To Those Who Eyed Our Land: PM

Prime Minister Narendra Modi on Sunday paid homage to Army personnel killed in a clash with Chinese troops in the Galwan valley face-off and said that a befitting reply has been given to those coveting our territories in Ladakh.

“The world has seen India’s strength and commitment to peace. If India knows how to celebrate friendship, India also knows how to give a befitting reply when provoked. In Ladakh, a befitting reply has been given to those coveting our territories,” said Prime Minister Modi while addressing the nation through the 66th episode of his monthly programme ‘Mann Ki Baat’.

“India bows to our brave martyrs. They have always kept India safe. Their valour will always be remembered,” he added. This is the first address of the monthly programme ‘Mann Ki Baat’ after the face-off in Ladakh.

Extending condolences to the kin of Galwan valley clash brave hearts, he said: “The inner sense of pride that families feel on the supreme sacrifice of their brave sons and their sentiment for the country, constitutes the true power and the might of the country.”

As many as 20 Indian soldiers lost their lives in a violent face-off in the Galwan Valley after an attempt by the Chinese troops to unilaterally change the status quo during the de-escalation in eastern Ladakh. Indian intercepts have revealed that the Chinese side suffered 43 casualties including dead and seriously injured in the clash.