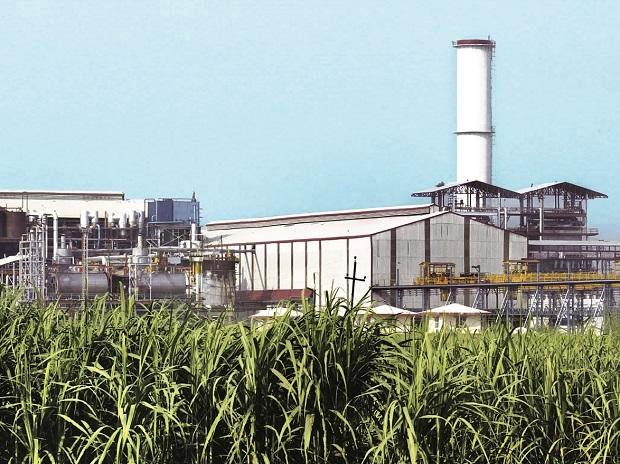 In India casteism is prevalent and practised beyond Hindu society in industry. This is particularly manifest in our sugar industry, which in terms of production is the world’s second largest after Brazil. What is more, we happen to be the biggest consumer of the sweetener on the earth, not a flattering statement on our dietary habit. Casteism in this agro-based industry, which has a major role in sustaining the rural economy of major sugarcane growing states such as Uttar Pradesh, Maharashtra and Karnataka has developed due in no small measure to government patronage to a limited number of groups with ownership of a good number of factories in sizes well over what is considered ideal economies of scale. What also has given them a predominant status in the industry allowing them to influence government policy to their advantage is the location of their mills in areas where sugar content in cane is considerably higher than national average.

The strategy of these groups to invest in a big way in downstream distilleries making ethanol from molasses on a growing scale and power plants producing electricity by burning bagasse has enabled them to stay in the black even during sugar downturn years. Though they too failed on occasions to make payments to cane supplying farmers in their captive area during the last two seasons marked by bumper production here and globally and low prices for sugar, these groups began the 2019-20 cane crushing year with cane bills cleared. Lucky are the farmers supplying the raw material to such groups.

Sadly, no such comfort is available to millions of others growing cane for use by factories not in good financial health and, therefore, not able to honour export obligations. The system works like this: In a year of sugar surplus when under supply pressure, ex-factory price of the commodity falls much short of production cost, New Delhi will sanction an export quota for the industry which then is equitably apportioned among sugar factories. Not every industry constituent will, however, sell sugar in the world. Industry official Om Prakash Dhanuka says cane crushing mills far removed from ports like the ones in Bihar and the ones not familiar with global trade will give their export quota to groups not far away from the coast and also engaged in export.

There is a catch here: When global sugar prices rule higher than in India, the transferor (a unit not using the quota itself) will ask and get paid for using the quota by the transferee. But when opposite is the case as now, quotas will not change hands unless the transferee is compensated for the loss to be incurred in export. But a number of factories following their poor working over the past many seasons find their finances in such parlous state that there is no way they can rustle up money to compensate the transferee for the loss embedded in exports.

As is the case, farmers supplying cane to mills not able to execute the allotted quantity of export are to bear the brunt though they are not in any way responsible for export not happening. The government gives two types of subsidies to make exports feasible. (The objective is if a significant portion of the massive inventory of sugar with mills cane be sold in the world market then the industry will be spared the cost of carrying stocks to the extent of exports. Moreover, the sheer presence of a massive inventory – the current season has opened with bewilderingly high stocks of 14.57m tonnes – keeps sugar prices low compromising mill capacity to clear cane bills.)  First, mills are compensated for the cost incurred to move sugar marked for export from factory to the port.

Second, where farmers come in is the stipulation that the cane subsidy will be directly credited to the bank accounts of growers supplying the raw material only to exporting mills. This also is a relief to mills for the subsidy is to extinguish a portion of cane price dues. On August 28, the cabinet committee on economic affairs approved export subsidy of Rs10,448 a tonne to sugar mills involving an expenditure of Rs6,268 crore to facilitate export of 6m tonnes by 2020 September end. Cane growers in pockets of UP and Bihar linked to weak factories are wondering aloud why should they be penalised by way of denial of cane subsidy whatever the omission by industry constituents. For the sake of argument, it can be said that the subsidy is linked to export and therefore, the government is not to be blamed if farmers making supplies to non-performing mills are left out of the scheme.

But the economic sufferings of millions of farmers resulting from mills not being able to clear cane bills running into months should be of concern to the government. Around 190 of 525 odd factories in the country are in distress – in most cases it is acute and in others it is moderately so. As is known, sugarcane is the most important of all cash crops in the country for whose payment within two weeks of delivery to factories is guaranteed by the government. The fair and remunerative price (FRP) at Rs275 a quintal for the current season, same as last time is fixed annually by New Delhi on a review of recommendations by Commission for Agricultural Costs and Prices (CACP). While some states stick to FRP, some others have state advised prices (SAP), which actually mean loading FRP with a premium.

The cash crop moniker for cane lost all its meaning when in May the industry owed over Rs21,000 crore to farmers, including Rs12,00 crore to growers in UP. Even now, all-India cane dues remain at Rs10,000 crore with UP having the largest share of Rs4,000 crore. No wonder cane growers denied of payments by mills are seeing their debts rising to unacceptable levels standing in the way of meeting their social commitments, including weddings and sradhs. This and also reports that except for a few crops like rice and wheat are sold below MSP are contributing in no small way to fall in demand for fast moving consumer goods in rural India. This financial year’s first half working of Hindustan Unilever to ITC to Godrej Consumer Products will all attest to it. The sugar industry was given an export quota of 5m tonnes for the season ended September 2019. But actual shipments to foreign destinations were 3.8m tonnes. No doubt, the inability of weak mills to participate in exports will explain the shortfall in overall despatches of sugar abroad. This year, New Delhi has given the industry a bigger 6m tonne export quota. But again for reasons of poor financial health, ailing and sick sugar mills will have no role in export. When sick mills need support in every possible way, has come the distressing news of their buffer quota being reduced for their failure to participate in export. The size of sugar buffer, the maintenance and interest cost of which is financed by the government, has been raised to 4m tonnes for the current season against 3m tonnes in 2018-19. The fact remains that more are the weak mills made to suffer, greater will be the distress for farmers.