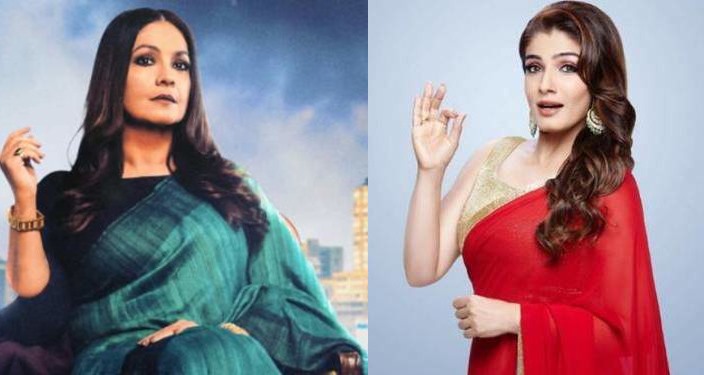 American streaming giant Netflix has teased fans by unveiling the list of its upcoming original content in 2021.

By giving a sneak peek into its slated releases for the year 2021 that includes films and series from the horror zoner to romantic ones, Netflix has released an apt hashtag ‘##AbMenuMeinSabNew’ (everything is new on our menu) for the same.

From Dharma Production’s 5 projects to second seasons of ‘Delhi Crime’ and youth favourite ‘Kota factory’, the streamer has much intriguing content for viewers in the basket.

After a foreign teenage tourist disappears in the misty Himalayan town, a harried, local cop Kasturi must join hands with her city-bred replacement Angad, on a big-ticket case that digs up skeletons and revives a forgotten Himalayan myth of a bloodthirsty, serial killing entity in the forest.

Five women across generations wrestle with desire, ethics, personal crises and vulnerabilities to own their ambition in contemporary urban India. As glass ceilings are shattered, and hearts are broken, difficult choices have to be made. And as each woman strives to find her own truth, they find in each other an unexpected understanding, and the sliver of a bond.

Arya Iyer is a man who suffers from chronic objectivity, extreme clarity and the debilitating capacity to see in any situation what others are trained to ignore. It gets him in trouble with people wherever he goes. Naturally, his marriage is over, but he has persuaded his estranged wife to continue living with him in a large villa in Gurgaon to create the myth of family for their tween daughter, who is terrified of their divorce. Arya, as the second highest-selling pulp fiction writer in India, after his old foe Chetan Bhagat, is a celebrity who has everything a man wants — fame, money, a daughter who adores him, a home run by a woman and a hot young girlfriend. Yet, he is always somehow fleeing a crisis.

Mining from the banal realism of daily life, Decoupled is an uncompromising comedy about the true nature of people, India and marriage.

Delhi Crime is a first-of-its-kind gripping true crime series that delves into investigations undertaken by the Delhi Police. After solving the case that shook the nation, Vartika Chaturvedi and her team are up for a new challenge. It is all about will Vartika and her team help the public fight their fear?

Love on the run. On a guitar strum. At a protest. With a house guest. Cupid strikes in unexpected ways. Feels like Ishq is an anthology of seven warm and breezy stories about the kindling of young love.

This is a suspenseful family drama about a global superstar, wife, and mom who suddenly vanishes without a trace. As police and loved ones search for answers to her disappearance, her perfectly crafted facade is stripped away, revealing hidden truths and painful lies in the life of an iconic actress.

Sunny and Gudiya have one final chance to avenge their past. As bigger players enter Jamtara, politics tries to control phishing, but phishing ends up controlling politics.

Kota Factory, the first black and white web series of India, revolves around Kota – its students, its people and its coaching industry. The show depicts this universe through the eyes of Vaibhav, a vulnerable teenager, and Jeetu Bhaiya, a modern-day Dronacharya. It captures the melancholic life of Indian students who prepare for competitive exams. In this season, we will find out if Vaibhav move onto greener pastures, leaving behind Jeetu Bhaiya, his friends and his love interest.

It’s season 4 of Little Things and six years of Dhruv and Kavya’s togetherness. If seasons one to three were a trilogy that dived deep into the facets of young love, season four explores a new maturing love and the growing pains and adventures that come with it.

Following a personal tragedy, Sheel, a docile, 47-year-old wife-and-mother, finds herself accidentally entangled in a web of white-collar crime and dirty politics pushing her into a rabbit hole of violence that forever changes her and the world she inhabits.

Glamour ke peeche kya hai? It is a tough world, but Masaba and Neena Gupta are tougher. The mess is over, and this time the plan is world domination. Masaba goes in front of the camera, and Neena decides to go behind them. All the while dealing with new loves, old loves, and some impossible loves. Both women take their careers, image, friendships and lovers, in their own hands and turn everything around.

Dimple, the genius coder, has lost her app. Rishi, the hopeless romantic, has lost all faith in love.

Fate brings this “Mismatched” couple face to face again, as Rishi is forced to step back into the mess he left behind. With their futures at stake, Dimple and Rishi must navigate the rough terrains of frayed friendships, new love interests, broken promises, academic stress and shocking rivalries.

A revolutionary film maker, an auteur, and the creator of the Feluda series, Satyajit Ray is also remembered for writing some of the best short stories India has ever seen. Vastly varying in genre and style, these stories are full of thrills, twists and turns, and a strong emotional core keeping you completely hooked till the end. For the first time ever we present four such passionately curated stories under Ray.

After swearing her allegiance to drug-lord Nayak, Bhumi must walk the dangerous line between siding with the police or with crime, while simultaneously exploring her newfound sexual liberation, as Nayak’s larger plan unfolds.

Think of the most dreaded villain! What if he has a daughter who truly, deeply, madly falls in love with you? What if you do not love her back? What if you are in love with someone else? How will you say no and get out of the situation? After all, quite like her father, she is not likely to take ‘no’ for an answer.

A romantic simpleton finds himself in the middle of this crossfire in Yeh Kaali Kaali Ankhein, a dark comical pulpy desi thriller about three things that matter the most in the country- paisa, taqat aur pyaar (money, power and love) (ANI)