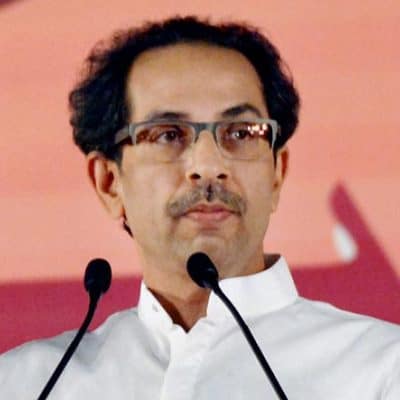 After allowing the amendment in the petition, the Bombay High Court on Friday ruled in favor of the Shiv Sena and allowed the Uddhav Thackeray faction to hold the Dussehra rally at Shivaji Park.

The tussle between the Maharashtra Chief Minister Eknath Shinde-led faction and former Chief Minister Uddhav Thackeray-led faction was in full pace for weeks and the decision came only after thorough brawls came to the fore.
Shiv Sena leader Anil Parab confirmed the development and said that the permission was given for a duration of five days starting October 2.

“Today High Court decided that Shiv Sena’s Dussehra rally will be held at Shivaji Park. It’s been happening since 1966. We presented Shiv Sena’s history before the court. The HC rejected law and order situation raised by BMC. Shiv Sena has permission to hold a rally from October 2 to 6,” said Parab.

He also stressed about the ongoing turbulence around the “real Shiv Sena” and highlighted the court’s take on it.

“Sada Sarvankar filed an intervention petition before HC seeking objection on which faction is the real Shiv Sena. HC said it’s not their right (to decide) but the Supreme Court and Election Commission of India’s right,” he added.

He also listed the Sena’s stance to approach the apex court and said, “We’ll see in Supreme Court, will fight there too.”

The BMC had refused to give permission to the two factions for holding the rally, based on the local police’s report which said that the event may cause law and order problems in the area.

Shiv Sena has been holding the rally on Dussehra every year since 1966. The event is significant this year as Sena is now split up into two factions and the rally was not held in 2020 and 2021 due to the Covid-19 pandemic.

Uddhav Thackeray, in August, took a dig at Shinde, stating the party is not sure whether it will get permission for the event. Thackeray went on to say that whatever happens, he will hold a Dussehra rally at Shivaji Park

“Shiv Sena’s Dussehra rally will be held at Shivaji Park in Mumbai. Shiv Sainiks from all over the state will reach for this rally. We do not know these technical things whether the government will give permission or not. We will hold the rally. It doesn’t matter to us whether others will hold rallies or not. Shiv Sena has grown not by traitors but by the blood of Shiv Sainiks,” Thackeray had said addressing workers of his party.

Thackeray had said that a lot is happening in Maharashtra about which he will speak at the Dussehra rally.

Dussehra will be celebrated on October 5 this year. (ANI)