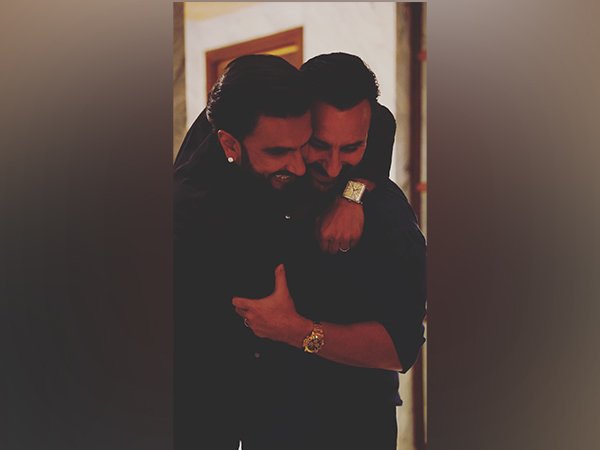 Trust Ranveer Singh for filling any occasion with fun, laughter, and of course, his power-packed energy! Recently the actor attended the premiere of Aamir Khan – Kareena Kapoor starrer ‘Laal Singh Chaddha’ and like always Ranveer was in his element. He laughed, posed for pictures and exuded a lot of enthusiasm at the event which he attended with wife Deepika Padukone.

He also posted a photo with Aamir Khan the next day and it was just too adorable for social media!

Now, in a new set of pictures posted by Ranveer, it’s evident that he’s formed quite a close bond with Saif Ali Khan as well! Ranveer posted a series of photos on his Instagram stories, he is seen hugging Saif. And of course, how can we miss Kareena’s reaction? Check it out.

Ranveer is known to be quite friendly with everyone but these pictures with Saif definitely make us believe that the two actors have a solid bond building. Or, should we just say, ‘bromance’?

Ranveer also posted some lovely photos with Aamir, Kiran, Karan Johar, and Kareena. Check them out:

The makers of Aamir Khan and Kareena Kapoor Khan-starrer ‘Laal Singh Chaddha’ organised a special screening for the film’s cast and the members of the film fraternity on Wednesday night in Mumbai. From Ranveer Singh, and Deepika Padukone to Saif Ali Khan and Sushmita Sen, the who’s who of Bollywood were spotted at the star-studded gala.

Helmed by Advait Chandan, ‘Laal Singh Chaddha’ is an official Hindi adaptation of the Academy Award-winning 1994 film ‘Forrest Gump’, which had Tom Hanks in the lead role

Meanwhile, Ranveer will be next seen in a period comedy film ‘Cirkus’ alongside Jacqueline Fernandez and Pooja Hegde. Directed by Rohit Shetty, the film is all set to hit the theatres on Christmas 2022.