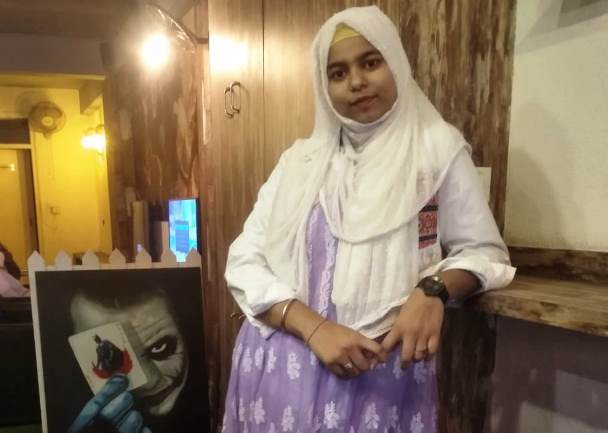 ‘CAA, Riots, Love Jihad… Where Will The Hounding Stop?’

Farheen Zaidi, 22, a student of Fine Arts in Delhi, says with millions of livelihoods at stake amid Covid-19, our leaders should redefine their priorities, and not constantly target one community

Where do I even begin? I don’t understand what is going on in our country for the past few years. First, the stalemate over Citizenship Amendment Act- and NRC, then the communal violence in Northeast Delhi and now a law against so called ‘love jihad’, which I do not even think, exists…

Where will this concerted and coordinated effort to target Muslims stop? Till a few years ago, the Hindu-Muslim rivalry was a one-off thing and people used to take extreme steps in the heat of the moment. But now it’s like this rivalry recurring periodically. There’s a constant undercurrent of hatred running in India these days.

Even the November 11 High Court order that UP Chief Minister Yogi Adityanath Ji had cited to justify ‘love jihad’ law earlier, has now been overturned. The HC now says that it was ‘bad law’ and two consenting adults have the freedom to choose the way they want to conduct their lives. Love is a matter of the heart, how can it be governed by law?

I wonder if the people who talk about ‘love jihad’ even understand the meaning of love. It takes so much for people to be able to find another person who understands them well and how can they be judged by people who don’t even know them? If conversion has been done forcibly, be they of any religion, then the government can step in, but one can’t assume that people will behave a certain way and take pre-emptive measures.

Shouldn’t the government be worrying about and working upon handling the pandemic, or soon there will be no people left to fall in love with each other or marry. So many people have lost their jobs and livelihood because of the pandemic, and I feel the government should really give its priorities a rethink.

This is not the time for people to feel hatred for each other. We all need each other to see ourselves through the coronavirus crisis. Our faiths should help us become better people and help each other and we need to fight coronavirus together. I sometimes feel sad about how we have changed as a country. When I was in school a few years ago, we had many friends from other faiths, but now just a few years later when I am still in college, our social circle has shrunk considerably. There is this whole ‘Hindu-Muslim’ talk going on always.

Sometimes I feel if the matter of ‘love jihad’ is so serious why doesn’t Modiji talk about it in his ‘Man Ki Baat’? He could give us examples when cases of people marrying someone just for the sake of converting them has come to light and talk about those cases from all angles. That could be the beginning of a serious dialogue on the topic, but in my life I have personally seen no such incident and feel it is a just a bogeyman of an issue.

And if the law is brought in, the poor of the poorest will suffer; the rich will take to legal recourse. I hope better sense prevails and more thought is given to social harmony. When people are secure in their own faiths and identities they don’t even try to convert people to their ideas, forget changing their religion.

Whatever decision Yogi Ji and his counterpart in Bihar, Nitish Kumar Ji take in this matter will have far reaching implications for the rest of the country. I am waiting to see what Nitish Ji has to say in this matter as the Chief Minister of a state where there is a large Muslim population.