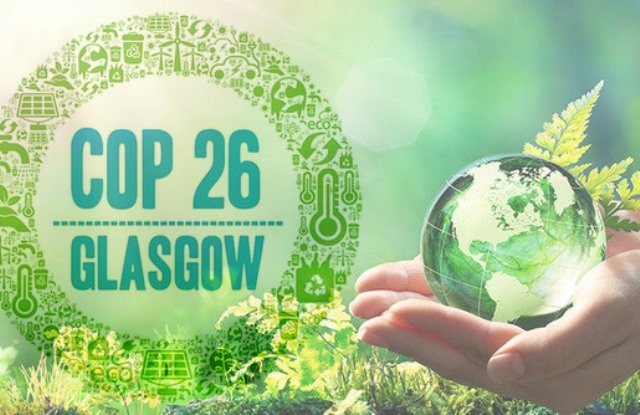 A UN-sponsored marathon conference to tackle the global climate crisis is due to being the British city of Glasgow, the coming Sunday (31 October) and will continue till 12 November. The world leaders will meet in the so-called last-ditch effort to keep global warming to 1.5 degrees Celsius this century, besides considering plans to how to stop burning fossil fuels, stabilise global temperatures and share money to adapt to increasingly extreme weather.

The global leaders signed up the Paris Agreement in 2015 — with a supposedly non-binding target to keep warming well below 2 C above pre-industrial temperatures, and ideally 1.5 C — yet most of the participating countries continue to burn fossil fuels and chop down trees at rates incompatible with that goal.

With the effects of climate change visible in both rich and poor countries alike, the leaders are meeting for what analysts expect to be the most meaningful conference since that pledge. Climate change has shot up the political agenda amid deadly weather extremes and mass public protest, and leaders of several polluting countries have pledged to decarbonise their economies by the middle of the century.

The world leaders got to choose how fast their country will cut emissions Under the Paris Agreement, besides agreeing to update their action plans for doing so every five years. But in reality just weeks before the summit, big emitters like China, India and Saudi Arabia are yet to submit new plans.

Reportedly UK, which is co-hosting the summit with Italy, has pressured countries to submit new plans and is pushing for concrete deals that would help reach those targets. Prime Minister Boris Johnson has called on world leaders to deliver bold commitments on “coal, cars, cash and trees.”

The UK is pushing for a treaty that would “consign coal to history” and has proposed a deadline of 2040 to stop selling combustion engine cars. It also wants to put more money into stopping deforestation.

According to the United Nations Climate Change Framework Convention (UNFCCC) COP26 will work towards four goals: Secure global net-zero by mid-century and keep 1.5 degrees within reach, adapt to protect communities and natural habitats, mobilise assured finance to help developing and under-developed countries to attain emission cuts, and work together to deliver to frame a list of detailed rules that will help fulfil the Paris Agreement.

The environmentalist and experts say that we can very easily understand the colossal and disastrous results of the climate change, if we can observe the following four weather changes, which have been caused by the increasing global temperature due to the emission of CO2 and other poisonous gases like methane into the atmosphere: Hotter and longer heat waves, more persistent droughts, more fuel for wildfires, and more extreme rainfall events are the resultant climate change vagaries.

Meanwhile, an interesting report by the US intelligence agency’s assessment of climate change has come out and as per the report, India and Pakistan are among the 11 highly vulnerable countries in terms of their ability to prepare for as well as respond to the environmental and social impact of climate change. The first-ever US National Intelligence Estimate (NIE) on the issue of climate change has been published, and it adds that India along with China will be crucial in determining the trajectory at which there is a rise in global temperatures. On the other hand, the report has downplayed the role that the Western world has played in the problem of climate change. Further the report has warned that the possibility of geopolitical tensions and the risk to US national security are present due to global warming in the run up to 2040.

India has reiterated that the countries responsible for climate change should finance what they have committed to and make technology available at an affordable cost. It is also confirmed that Prime Minister Narendra Modi will put forward the Indian stand at the summit

Meanwhile, reports say that Jennifer Morgan, the executive director of Greenpeace International has warned against efforts by countries and corporations at the forthcoming talks in Glasgow to “green wash” their on-going pollution of the planet.

By doing so, governments would “give that kind of hope and confidence to their people that they got this and that they’re willing to do things that their corporate interests don’t want them to do,” she added.

Morgan pointed to leaked documents showing how countries such as Australia, Brazil and Saudi Arabia are apparently trying to water down an upcoming UN science panel report on global warming as evidence of the way in which some governments’ public support for climate action is undermined by their efforts behind closed doors.

Documents obtained by Greenpeace indicate how those countries wanted the Intergovernmental Panel on Climate Change to remove references to the need to shut down coal-fired power stations, reduce meat consumption and focus on actual emissions cuts rather than ways to capture carbon already released into the atmosphere.

Various outcomes of the Glasgow Summit in view of the non-adherence to the goals of the Paris Agreement are being predicted. Yet, barring a complete collapse in the talks, there are likely to be a range of tangible outcomes. It’s expected that more countries will announce they are moving away from using coal for energy, and more nations may probably sign up to curb methane emissions.

There is only a moral pressure to improve your offer, and a degree of embarrassment if a country doesn’t step up to the mark. Glasgow will reveal whether this approach actually works.

As Bangladesh’s Prime Minister Sheikh Haseena has put it succinctly and wisely in a recent speech, tackling climate requires a great deal of fortitude, imagination, hope and leadership. If western leaders listen, engage and act decisively on what science demands of them, there is still time to make COP26 the success it desperately needs to be.