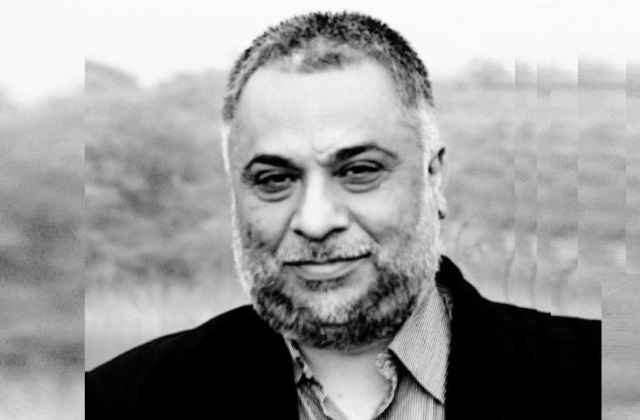 ‘Chandigarh Is A Cosmo City, Belongs To Both Punjab, Haryana’

Simar Onkar, a citizen of Chandigarh for three decades, says its status quo as the twin capital should be maintained

It was the year 1993-94, when I got my first job posting in Chandigarh as a sales promotion manager for a telecommunication company. That was the time when the paging service had just launched in India, and Chandigarh was the perfect place for the new technology revolution.

I just fell in love with the city. It was the ‘love at first sight’ kind of thing. A well-planned, calm, peaceful and cosmopolitan city, it ticked every box in my list of how a habitable metropolis should be.

Being the child of an army personnel, I could never call any city my home. But after arriving in Chandigarh, I decided that I was going to make this city my home. It has been almost 30 years since I settled here.

I believe that its cosmopolitan nature makes it more unique than anything. This city belongs to everyone — Sikhs, Jats, Muslims, Hindus, Christians or anyone from any other ethnicity, religious or professional groups. In the last 28 years, I haven’t witnessed any communal disturbances in the city unlike other cities in the country.

But, it seems that politicians can never bear the calm. To stir new debates and disturbances, they keep raising the ownership of Chandigarh. Who does the city belong to — Punjab or Haryana? After every few years, this issue crops up, debates get heated and gradually cools down after the electoral heat.

Recently, the Aam Admi Party-led Punjab government staked a claim over Chandigarh by passing a unanimous resolution in the state assembly. They argued that in case of carving out a new state out of any parent state, the capital city remained with the parent city.

The Haryana government has also presented its counter argument as to why it should be the Capital of both the states.

The moot point is that there’s no such city like Chandigarh in both Punjab and Haryana which they can turn into the respective Capital of their states. The next biggest city in Punjab is Amritsar, which carries the tag of more a historic and holy city; it lacks the infrastructure to be recognized as the capital city of Punjab.

However, in case of Haryana, they do have developed Gurgaon with respect to infrastructure, but it is haphazardly created and will be a poor match to Chandigarh.

I believe that the city should be kept out of the controversy. This discord and the political tug of war between the two states is detrimental to the growth of Chandigarh. The status quo, in which it belongs to both the states, should be maintained.

We only have vultures now in the name of politicians..

I agree with the views of Mr Simar & why can’t both states accept the issue gracefully. Suggestion of Amritsar as thestate capital of Punjab besides what author has written, suffers from its proxy to Pakistan & will always be Pakistani target & under enemy’s threat. Infact, in Pakistani Operational planning, it must b strategic target for them to capture for bargaining staftervthe war as Lahore must be prize target for the Indian Army. Gurgaon with its haphazard development and bring on the southern limb of Haryana, is also not ideal city for the state’s capital. Chandigarh, eith its ideal location for both the ststes as Union Territory with its infrastructure, good schools university & modern city amenities is most suitable for both the states asbideal capital city. Being UT both states don’t have to spend a penny for it maintenance from their otherwise meager resources as UT has its own budget & administive frastructure.

Chandigarh is my city and I am aware when the UT status happened. It must remain a union territory. If Pb govt has governence issues they can shift their locus to Mohali. The shadow govt is upto dirty games causing interference in clean governence which is the sad state of affairs.
Love the Le corbusier’s planned city

Chandigarh was conceived and made for the state of Punjab. Punjab suffered immensely due to the unjustified partition in 1947. It lost its capital. It again lost a lot of its territory when Himachal and Haryana were carved out. Even now the waters of Punjab are being stolen by both Haryana and Rajasthan. Chandigarh belongs to Punjab and should be rightfully and generously given to it.

Status quo should be maintained. Most people came too Chandigarh in search of Lahore.Let it be their final destination.

Necessary Functional Performance/Analytics Social
These cookies are essential in order to enable you to move around the website and use its features. Without these cookies basic services cannot be provided.
PHPSESSID
Cookie generated by applications based on the PHP language. This is a general purpose identifier used to maintain user session variables. It is normally a random generated number, how it is used can be specific to the site, but a good example is maintaining a logged-in status for a user between pages.
wordpress_test_cookie
Used on sites built with Wordpress. Tests whether or not the browser has cookies enabled
Technical Cookies
In order to use this website we use the following technically required cookies
These cookies allow the website to remember choices you make (such as your user name, language or the region you are in) and provide enhanced, more personal features. These cookies can also be used to remember changes you have made to text size, fonts and other parts of web pages that you can customize. They may also be used to provide services you have asked for such as watching a video or commenting on a blog. The information these cookies collect may be anonymized and they cannot track your browsing activity on other websites.
Weather.io
Remember you weather Location
__unam
This cookie is usually associated with the ShareThis social sharing widget placed in a site to enable sharing of content across various social networks. It counts clicks and shares of a page.
__cfduid
Cookie associated with sites using CloudFlare, used to speed up page load times. According to CloudFlare it is used to override any security restrictions based on the IP address the visitor is coming from. It does not contain any user identification information.
__cfruid
Cookie associated with sites using CloudFlare, used to identify trusted web traffic.
These cookies collect information about how visitors use a website, for instance which pages visitors go to most often, and if they get error messages from web pages. These cookies don’t collect information that identifies a visitor. All information these cookies collect is aggregated and therefore anonymous. It is only used to improve how a website works.
_gat_gtag_UA_2592650_1
This cookies is installed by Google Universal Analytics to throttle the request rate to limit the collection of data on high traffic sites.
_gat_gtag_UA_2592650_12
This cookies is installed by Google Universal Analytics to throttle the request rate to limit the collection of data on high traffic sites.
GPS
This cookie is set by Youtube and registers a unique ID for tracking users based on their geographical location.
HotJar
_ga
This cookie name is associated with Google Universal Analytics - which is a significant update to Google's more commonly used analytics service. This cookie is used to distinguish unique users by assigning a randomly generated number as a client identifier. It is included in each page request in a site and used to calculate visitor, session and campaign data for the sites analytics reports. By default it is set to expire after 2 years, although this is customisable by website owners.
_gat
This cookie name is associated with Google Universal Analytics, according to documentation it is used to throttle the request rate - limiting the collection of data on high traffic sites. It expires after 10 minutes.
_gid
This cookie is installed by Google Analytics. The cookie is used to store information of how visitors use a website and helps in creating an analytics report of how the website is doing. The data collected including the number visitors, the source where they have come from, and the pages visited in an anonymous form.
These cookies are used by Youtube, Google, Twitter, and Facebook to deliver adverts that are relevant to you and your interests. They are also used to limit the number of times you see an advertisement as well as help measure the effectiveness of the advertising campaign.
Google
Facebook
Youtube
Twitter
Decline all Services
Accept all Services
wpDiscuz
6
0
Would love your thoughts, please comment.x
()
x
| Reply