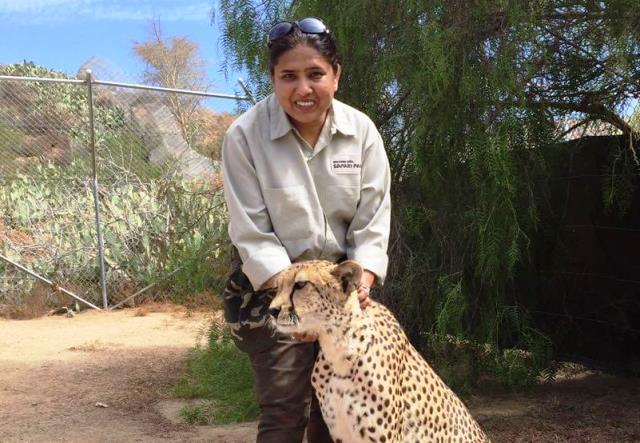 Meetu Gupta, a wildlife conservationist, says re-introducing cheetahs to Indian wildlife is a welcome step but conservation is a long process, not a one-go event

Cheetah’s return to India was a couple of years late due to COVID situation. A process of this type involves many technicalities and clearances. India has re-introduced some wild species to their natural habitats in the Bandhavgarh and Kanha forests of Madhya Pradesh. But bringing African cheetahs from Namibia to India is a first of its kind. And it involves its fair share of challenges.

Historically, cheetahs were captured in India. Nobles captured them and used them for hunting and big game. Breeding was not possible as captives. There are just two instances of when captive breeding became possible. Mughal emperor Jahangir first successfully did captive breeding of cheetahs and later the same was done in England.

During the British era, the hunting of cheetahs reduced its number rapidly. The last Indian species was killed just after Independence, in December 1947. Therefore, no Indian zoo had cheetahs at any point of time in Independent India.

We have heard how the enclosure prepared for Namibian cheetahs was invaded by leopards. The question of climate difference, conflict, and competitiveness among predators are some of the crucial factors. So there is also a need to protect the species from other predators like leopards, tigers, hyenas, etc. First, the animal will be living in a small enclosure. Then it would be moved to a larger enclosure and finally released into open natural habitat. This gradual process will ensure that the species get acquainted and adapted to local conditions.

That is why we need to understand that the return of cheetahs in India is just an initiation in the direction of conservation breeding. It does not guarantee that the number of cheetahs will increase. It is a long haul.

Indian wildlife owes a lot to Indira Gandhi, who formulated a policy, constituted a Wildlife Board. Project Tiger was also started during her regime. In the current regime, budgetary cuts in the wildlife fund and fundamental changes in the policy have taken a toll on many species and their conservation. Our elephant corridors are being destroyed due to mining activities in forests etc. We need to take into account all the endangered species, not just Cheetah.

So while the return of the cheetah is welcome, we need to see if we are not neglecting other wildlife species in the name of conserving just one of them. Conservation is not a one-go event. It involves a larger question of wildlife, forest conservation, tribal policy, and policies related to other sectors that are directly or indirectly related to our wildlife and their habitat.

Several wildlife species are in crisis. The policies of successive governments in the last few decades have been fundamentally anti-conservation. We need to re-think and re-calibrate holistically on the question of wild species and their conservation.

The narrator is a Member of the State Wildlife Board, Chhattisgarh

Very well put! Let’s hope this is the beginning of a long and successful path to wild life conservation!

Captured and captives, not captivated