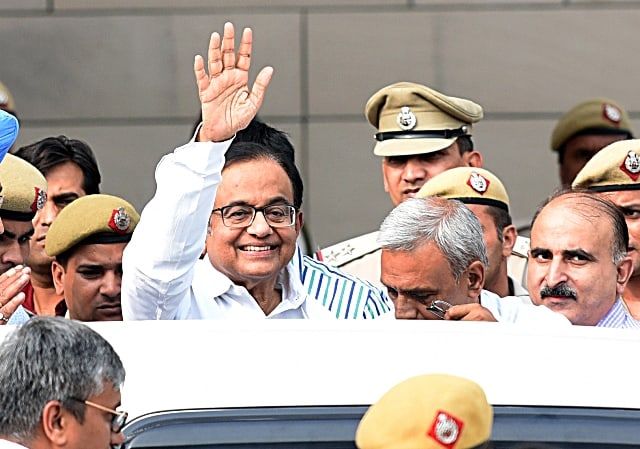 Chidambaram To Get Home Food In Tihar

The court, however, clarified that this will not be treated as a precedent for other accused lodged in jails. Citing health reasons, the leader had moved an application in the court seeking the same to be provided to him.

During the course of proceedings, Solicitor General (SG) Tushar Mehta, appearing for the Central Bureau of Investigation (CBI), said that they do not have any objection if the accused is given the home-cooked food.

The CBI had arrested him on August 21 following which he was sent to judicial custody in Tihar jail.

Senior advocates Abhishek Manu Singhvi and Kapil Sibal told the court that they will not argue on the CBI’s application which sought the extension of their client’s remand.

Chidambaram’s friend — Bishop Ezra Sargunam — also attended the court proceedings and presented a book named “Christian and Contribution to Nation building” to him.

Earlier today, the former Finance Minister had moved a Special Leave Petition (SLP) before the Supreme Court against the order of the Delhi High Court that dismissed his regular bail petition in the case.

The High Court had dismissed the plea contending that he might influence the witnesses in the case.

Chidambaram is facing probe for alleged irregularities in the Foreign Investment Promotion Board (FIPB) clearance given to INX Media to the tune of Rs 305 crore in 2007 when he was the Union finance minister.

While CBI is probing the corruption allegations, the Enforcement Directorate (ED) is looking into money laundering allegations against him in the case. (ANI)