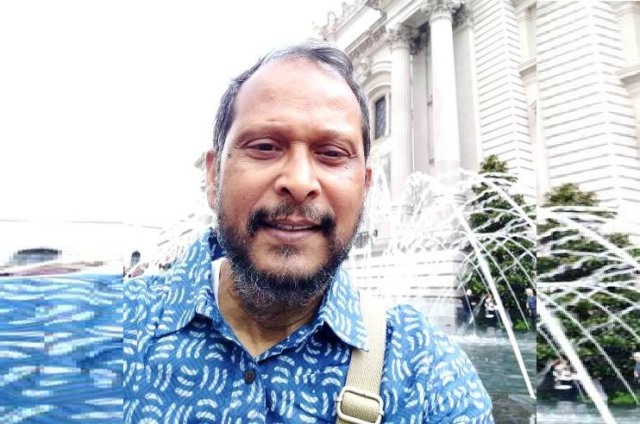 China Will Continue To Make Covert Advances In Buffer Zones

Nalini Ranjan Mohanty, a political commentator, says both China and India will remain hostile to one another but a full-scale war is unlikely in the foreseeable future

Chinese incursions in the Indian territory, in both Ladakh and Arunachal, constitute a serious threat to India’s security. China under Xi Jinping — especially since his second term — seems to have prioritised its geo-strategic concerns over its aspirations for economic development.

Xi Jinping fancies himself today as the leader of a superpower — both in terms of economic and military strength. After the collapse of the Soviet Union, there was a vacuum; the world had become unipolar. Xi wanted China to step into the shoes of the Soviet Union. It was very well placed, in fact better-placed, to do so. The Soviet Union had emerged as a powerful nation militarily; it was never an economic powerhouse that China is today.

China has territorial disputes with several of its neighbours (it shares borders with 14 countries) and it has been quite assertive to ensure that it takes back the areas which were supposedly under its control at some point of history. That is why China has been flexing its muscles.

It has territorial claims, both in Ladakh and Arunachal Pradesh. But it does not want — at least not so far —to wage a full-scale war since that would have enormous economic implications which it can ill-afford at this stage. The West is increasingly becoming wary about its Chinese engagement— both in terms of trade and investment. The US has openly positioned itself against China. China’s trademark policy, therefore, has been to make incremental push: to make incursions by two steps, then retreat by one step, and, negotiate. This is evident in both Arunachal Pradesh and Ladakh.

It goes like this: Indian and Chinese forces are within their command area — the area falling within the Line of Actual Control. A buffer zone separates both the armies— an expanse of land which neither party should intrude into. Whenever Indian forces are lulled into complacency due to a prolonged clash-free period, the People’s Liberation Army pushes many miles into the buffer zone, the so-called No Man’s Land.

India sees this as a betrayal. That is what happened in the Galwan conflict. Indian launched a counter attack. Both sides then decided to disengage and step back. However, it has been established beyond doubt that the complete status quo ante could not be restored; China managed to keep in possession some areas that earlier came under the buffer zone.

Those areas were earlier not directly under India’s possession. To that extent, it is technically right that no Indian territory has been occupied by China in recent years. But that does not take away the fact that our big neighbour has intruded into the buffer zone at our expense!

ALSO READ: ‘It Cost Me To End Ties With China, But I Don’t Regret It’

When India consolidated its position in the Ladakh sector, China secretively moved the theatre of action to the eastern sector. India was somewhat unprepared for this assault, though it effectively countered the Chinese move. It is most likely that China would find it difficult to make further incursions in the near future, given the large-scale mobilisation on the Indian side.

Besides, the only way for China to make more territorial gains is by waging a full-scale war which is unlikely. China has superior capability compared to India in all aspects of conventional and digital warfare but India is no easy pushover. China is currently going through a severe economic churning —prolonged lockdowns, daily deaths, and street protests — and it will not risk a full-blown war.

Moreover, in geo-strategic terms, Taiwan is of much greater significance than Arunachal and slices of Ladakh for China. If China ever decides to wage a full-fledged war, then its first priority would be to take control of Taiwan. But that would bring China in direct conflict with the US which has enormous business interests in Taiwan.

So no one expects China to begin a Third World War. That would spell disaster for the world; but it would be ruinous for China.

However, it is quite evident that China would making covert advances to realise its territorial dreams. India must remain constantly on the alert mode, failing which China will acquire another slice of India’s territory through the well-rehearsed advance-retreat-disengage mode.

India is officially tight-lipped about the LAC violations by China because the central government in Delhi thinks that would show it in poor light. The ruling BJP believes in muscular nationalism. But it is aware of the fact that they are unequal to the challenge of rebutting China’s incursion with ‘en eye for an eye’ principle. That is why they have gone by the maxim: “Discretion is the better part of valour.” Their standard response is somewhat like this: “China intends to occupy our land but we have successfully rebuffed them.”

This explanation suits China as well. It is secretly and incrementally changing the LAC. China justifies its massive deployment of forces and infrastructure-building on India’s border keeping in view the threat emanating from the joint military exercises between India, the US and other members of the Quad countries. That is a lame excuse, but that is the geopolitical reality today. Undoubtedly, therefore, India and China will remain at the loggerheads in the foreseeable future.

(The narrator is Director, Jagran Institute of Management and Mass Communication, Noida)

The article by Mr NR Mohanty depicts the true picture of what is going on between the Indo-China combative position. I agree with him.