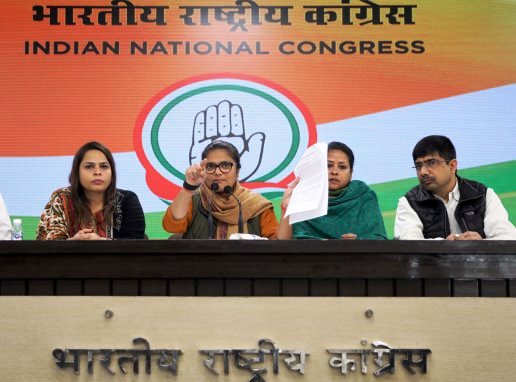 A fact-finding committee of the Congress on the Jawaharlal Nehru University (JNU) violence, claimed on Sunday that the attack which took place inside the premises of the university on January 5 was “state-sponsored.”

They further demanded that Vice-Chancellor M Jagadesh Kumar should be dismissed immediately.

Sushmita Dev, the member of the committee, further demanded that a criminal investigation should be initiated against the Vice-Chancellor, security agency and the faculty members.

“The Vice-Chancellor M Jagadesh Kumar should be dismissed immediately. An independent inquiry should be made to probe all the appointments and administrative decisions taken by him. VC, security agency and the faculty which is complicit in this incident must face a criminal investigation,” said Dev while addressing the media in New Delhi.

“It is clear that the attack on JNU campus was state-sponsored,” she added.

She further stated that “the Commissioner of Police should also be held accountable and not just the ACP on what happened on January 5.”

Sushmita Dev also raked up the issue of the JNU fee hike and demanded that the administration should roll-back.

“The fee hike must be rolled back as it is unfair. This decision was taken by the Inter Hall Administrative Committee in which students’ representation is mandatory…JNSU members were not allowed to take part in the meeting as the VC didn’t recognized it. Also, JNU has become the most expensive central university in the country with this new fee structure,” she said.