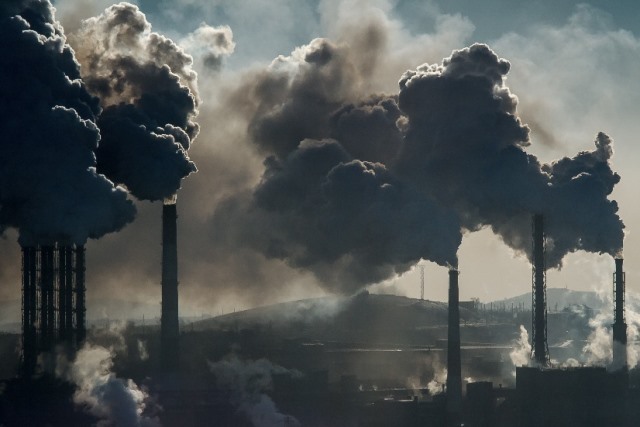 What will be the country’s grid electricity demand at any point in future will be largely decided by gross domestic product (GDP) growth, which is likely to vary from a low of 6.8 per cent to a high of 8 per cent. Past experience says higher the GDP growth, greater will be industry’s percentage wise share in electricity use. Based on a platform of 7.5 per cent average GDP growth, India’s leading energy and resources institute TERI says in a research paper that the country’s 2030 electricity demand will be between 2254 TWh (terawatt hour) and 2533 TWh.

High levels of sustained inclusive economic growth the country needs to combat poverty that even after 75 years of independence exists on a disturbingly large scale. (In an April 2020 brief, the World Bank found 176 million Indians were living in extreme poverty in 2015. The Bank adds that Covid-19 pandemic had resulted in the swelling of ranks of poor, particularly in rural areas.) The fact also remains growth in India and many other countries has come at a great cost to the environment.

From unrestrained mining in spite of claims of tight oversight by government agencies to the making and application of harmful chemicals to burning of fossil fuels, particularly coal for electricity generation to still rampant use of plastic as packaging material all are contributing to environment sullying to the extent that all east Asian countries are now experiencing more floods, droughts and earthquakes. Earlier this year, record breaking floods resulting from prolonged severe heat wave followed by unusual volumes of rains swept across much of Pakistan. The floods submerged entire villages, displacing millions and damaging critical infrastructure. A human tragedy of the worst kind, nearly 2,000 people perished during the four-month long deluge. The frightening Pakistani flood experience is unnerving for the whole of East Asia.

In the meantime, climate change continues to impinge on the economy, though not immediately visible, at an accelerated rate. Unarguably, India being largely dependent on electricity derived from coal, the filthiest of fossil fuels, the environment has to bear the brunt of high carbon emissions by thermal plants. This is in spite of incorporation of many new mitigating technologies in such plants and washing of coal to reduce ash content ahead of its burning in furnaces. Whatever that is, environmental salvation and well-being of the masses will depend on combined efforts of the government and the private sector to greening of energy supply by rapidly creating capacity of all kinds of renewable energy and also shedding inhibitions about nuclear power plant installations. Global consensus among energy experts is that for transition to a less and less carbon emitting power network, nuclear energy will have to have its rightful share.

A December report by the government think tank Niti Aaayog saying that coal-based power generation capacity in the country is likely to peak at around 250 gigawatt by the end of this decade or immediately thereafter. Moreover, power generation from this source will peak a few years later. The anti-coal lobby also draws comfort from the fact that power groups are beating a retreat from building new coal fired thermal units in the face of highly competitive power tariffs of renewable energy. It will not be a surprise if quite a few of coal based power plants in pre-construction pipeline are abandoned.

But then what is not deniable is that India has for very long stuck to coal to meet its growing power requirements, knowing well its ill effects on the environment. The country’s thermal power capacity is 235,929 MW in which the share of coal is over 86 per cent. The rest is from lignite, diesel and gas. Such major reliance on coal, however obnoxious the fuel may appear to anyone caring for the environment, is because of its abundant local availability. India’s coal resources are an estimated 319.02 billion tonnes of which proved reserves are 148 billion tonnes. Naturally, coal being by far the largest in the mining sector, its production in the country was a high 778.19 million tonnes in 2021-22. Even then so high is the power sector’s dependence on this fossil fuel that last year the country had to import 209 million tonnes of coal to meet demand.

Thankfully, the combination of government policy encouragement that includes subsidies and farsightedness of private enterprises – one may recall the trailblazing role played by the late Tulsi Tanty and his Suzlon group in promoting green energy – is now seeing the country firing on all cylinders to build all kinds of renewable energy. According to global database agency Statista, India has so far built renewable (small hydro, biomass power, urban and industrial waste power and solar and wind energy) energy capacity of 106,374.63 MW, major hydro capacity of 46,525 MW and nuclear capacity of 6,780 MW. India more recently, however, dropped the 500 GW of renewable energy target and also a billion tonne of carbon emissions committed at COP26 by 2030. But it will still strive to have 50 per cent energy supply from non-fossil fuel sources by 2030.

This is seen as an attempt by the government to retain the flexibility of commissioning new coal fired power plants to achieve the projected 820 GW total capacity in case the growth in green fuels based power capacity falls short of target. India is just one of the countries in Asia where coal remains the king. Other fossil fuels such as oil and gas also have a significant share in the energy mix of some countries in the continent such as Japan, Thailand and Bangladesh. India is the world’s third largest emitter of greenhouse gases next only to China and the US.

This gives an idea of the country housing large numbers of polluting industries, including power plants and the big population of polluting vehicles, which have lived their useful life. Undeniably the political will to get rid of such polluters is building up over the last few years as is evident in the government’s vehicles scrappage policy. It, however, remains to be seen how forcefully the policy is enforced and how quickly the government brings industrial units polluting air and water to heel.

The point is if Beijing and Chinese provincial authorities could bring polluting industries to book why should not the powers that be in India be able to do the same. Perhaps what stops the government from acting firm are job losses when not enough new employment is created. Compulsions such as this and uncertainties about securing funding for the ambitious green energy growth are likely the reasons for New Delhi to set a zero-carbon target date of 2070, two decades later than developed economies of the West as also Japan.

Xi Jinping, who was re-anointed the country’s supreme leader the other day, made a pledge in the UN General Assembly in September 2020 that his country would be peaking CO2 emissions ahead of 2030 and achieve carbon neutrality before 2060. If Xi commitment is honoured, then global warming would get lowered by 0.2-0.3 degree centigrade by 2060. In the meantime, Mukesh Ambani, chairman of Reliance Industries, which is committed to build massive renewable energy capacity, including green hydrogen at Dhirubhai Ambani Green Energy Giga Complex at Jamnagar in Gujarat, said: “Decarbonising the global economy will require multi-decade investments in green and clean energy to the tune of $5 trillion per year globally.” But this offers “unprecedented opportunities” for multi-decade growth for energy groups such as Reliance and Adani.

This is an article which makes all of us think about the extent of pollution created in the process of generation of electricity. Yes the country has huge coal reserves. Even then our focus has to be generate green energy.