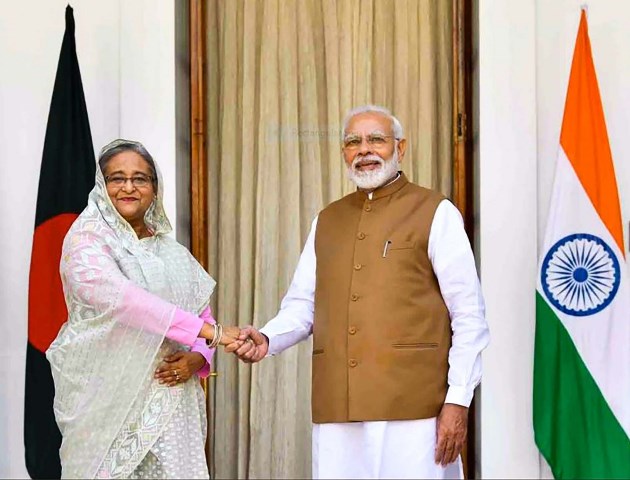 The government of Bangladesh has been enjoying great cooperation from India ever since Prime Minister Sheikh Hasina came to power in January 2009.

The Indian government headed by Narendra Modi has extended wholehearted support for Bangladesh for rebuilding its economy and its infrastructural development. In return, the Sheikh Hasina government has set a unique example of cooperation and reciprocation out of which the people of both countries would reap ample benefit. The transit, trans-shipment and building regional connectivity, including the waterways, would immensely facilitate and promote trade, commerce and tourism.

A number of issues, including the most critical and complex border problem, which had been hanging for about 40 years despite the inking of a treaty by Sheikh Mujibur Rahman and Indira Gandhi, was resolved in a unprecedented bills passed in the Indian Parliament with unanimous support by all members of both the houses.

In response to that genial gesture, the Sheikh Hasina government has set an example of a new reality of cooperation. India-Bangladesh relations are based mainly on the solid historic bond of social, political, economic and cultural tradition. India played a vital role and provided substantial diplomatic, economic and military support to Bangladesh during the Liberation War in 1971.

India was the first country to recognise Bangladesh as a sovereign and independent state and established diplomatic ties with the country immediately after its independence in December 1971.

Bangladesh and India are two countries bound by the inalienable link of history, religion, culture, language and kinship. But the relationship between the two friendly nations is based on sovereignty, equality, trust, understanding and win-win partnership that goes far beyond a strategic partnership.

Father of the Nation Bangabandhu Sheikh Mujibur Rahman was the architect of Bangladesh-India relations. Both Bangabandhu and his Indian counterpart Indira Gandhi were firm believers in democracy and secular ideology. Bangabandhu’s daughter Sheikh Hasina and Narendra Modi have further strengthened the relations Mujib and Indira forged between the next-door neighbours.

There are more than 50 bilateral institutional mechanisms between Bangladesh and India in the areas of security, trade and commerce, power and energy, transport and connectivity, science and technology, defence, riverine and maritime affairs and so on.

Bangladesh and India share 4,097 kilometres of border, which is the longest land boundary that India shares with any of its neighbours. The two countries also share 54 common rivers. Bilateral trade between them has grown steadily over the last decade.

There are lots of common and bilateral issues between these two neighbours. Both countries are promise-bound to maintain these healthy relations without interrelations. Some of the issues, including regional road connectivity, cooperation in power and energy sector, land border agreement, easy visa process, Bangladesh-India rail services, are vital and significantly beneficial to both the countries.

The Bangladesh, Bhutan, India, Nepal (BBIN) Initiative is a sub-regional entity in Eastern South Asia. It meets through an official representation of member states to formulate, implement and review quadrilateral agreements across areas such as water resources management, connectivity of power, transport, and infrastructure.

In February of this year, Bangladesh, Bhutan, India and Nepal agreed on the need to finalise the passenger and cargo protocols for implementation of the BBIN Motor Vehicles Agreement (MVA).

Moreover, according to the transport ministers of the four BBIN members, 30 transport corridors will be transformed into economic corridors. This will potentially increase intraregional trade within South Asia by almost 60 per cent and with the rest of the world by over 30 per cent.

Recently, ECNEC cleared an 846-crore Bangladeshi taka project to widen the Baraiyarhat-Heyanko-Ramgarhroad under Chattogram and Khagrachhari districts, aiming to boost export and import between Bangladesh and India. The approval came from the 5th ECNEC meeting of the current fiscal year chaired by Sheikh Hasina.

According to a report of South Asia Sub-regional Economic Cooperation (SASEC), Bangladesh, India and Nepal conducted a trial bus service run on April 24-25 2018. Two buses left Dhaka for Kathmandu in Nepal, carrying delegates from the three countries and the Asian Development Bank. The bus service will strengthen sub-regional connectivity and help tourists and entrepreneurs, including those who travel to West Bengal for medical tourism.

On June 6, 2015, the 1974 India-Bangladesh Land Boundary Agreement came into force, following the exchange of instruments of ratification by Sheikh Hasina and Narendra Modi during the latter’s state visit to Bangladesh. The agreement provides for the exchange of enclaves of Indian and Bangladesh territory, which remained unresolved following the partition in 1947.

Following the agreement, India and Bangladesh exchanged control of 162 enclaves. The move was branded as akin to the fall of the Berlin Wall by politicians.

Until August 1, about 50,000 people were living in 111 Bangladeshi and 51 Indian enclaves on the India-Bangladesh border, cut off from their parent countries. Daily chores such as visiting the market were cumbersome process because they involved crossing national boundaries.

The Land Boundary Agreement played a historic role in advancing the exchange of 111 enclaves (17,160.63 acres) from India to Bangladesh and reciprocatively the latter transferred 51 enclaves (7,110.02 acres) to India. In addition, the choice of citizenship in either country was offered by states to enclave residents.

India-Bangladesh visa rules were being gradually relaxed and five-year visas would be granted to students, senior citizens and patients. Earlier in 2018, an agreement, Revised Travel Arrangement (RTA)-2018, stated that freedom fighters and elderly Bangladeshi nationals will get five-year multiple visas from India. Easy and hassle-free visa services have been ensured for the travellers of the two countries.

Transport between India and Bangladesh bears much historical and political significance for both the countries. A direct Kolkata-Agartala link running via Dhaka, the capital of Bangladesh, is being developed by both the countries. The Maitri Express (Friendship Express) was launched to revive a railway link between Kolkata and Dhaka that had been shut 43 years ago.

The first container train arrived from India via Benapole-Petrapole rail link carrying FMCG cargo and fabrics loaded in 50 containers, and those were handed over to Bangladesh on July 26 this year. With this container train service, a huge opportunity has opened up for bilateral trade via rail. Bangladesh Railway’s freight trains, noted for bringing stones and fly ash as raw materials for cement, from India, are now used to bring onion, garlic and ginger and other essentials amid the coronavirus pandemic.

In July this year, India handed over 10 broad-gauge diesel-based locomotives to Bangladesh that have a residual life of at least 28 years. These are 3,300 horse-power locomotives that can run at a speed of 120 km/hr. These 10 locomotives are expected to increase the use of the rail sector.

Cooperation in Power and Energy Sector

Five hundred megawatts of electricity was added to Bangladesh’s national grid from India in 2018 as part of India-Bangladesh cooperation in power and energy sector. Sheikh Hasina and Narendra Modi jointly inaugurated the power supply to Bangladesh-India Power Interconnection Grid at Bheramara of Kushtia through a videoconference. In September last year, Bangladesh signed an agreement to buy 718 megawatts of electricity from India’s Reliance Power over the next 22 years.

Earlier, the Bangladesh Prime Minister unveiled her power import plan and said, “We plan to import 9,000 MW of electricity from our neighbours by 2041 under a regional cooperation framework and I hope India will remain by our side in this endeavour.”

There are several other issues where Bangladesh and India have developed the highest level of friendship and bilateral relations. These two friendly neighbours are also great examples of greater understanding, dialogue, diplomacy and regional cooperation.

The author is the editor-in-chief of Bangladesh Post (ANI) 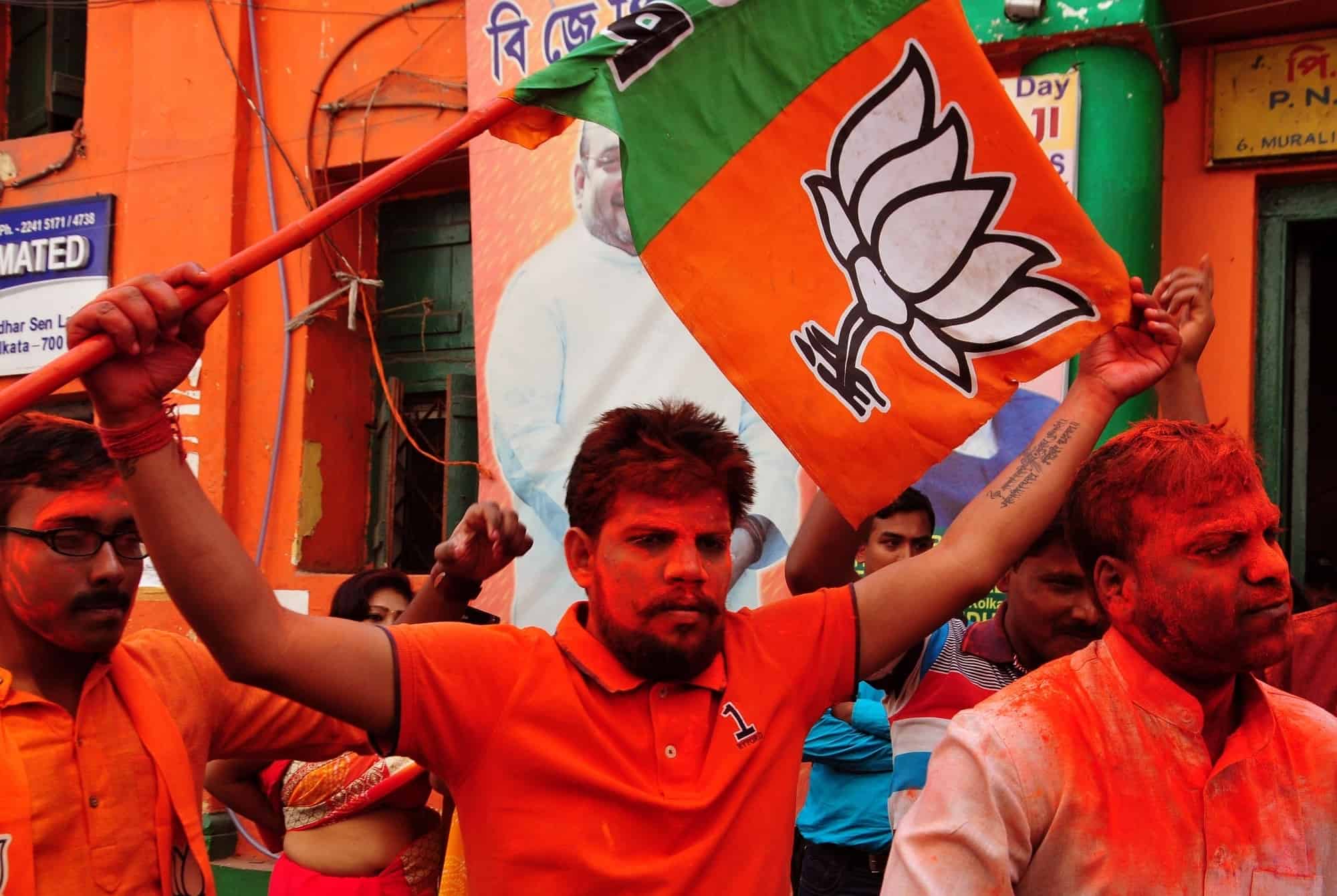