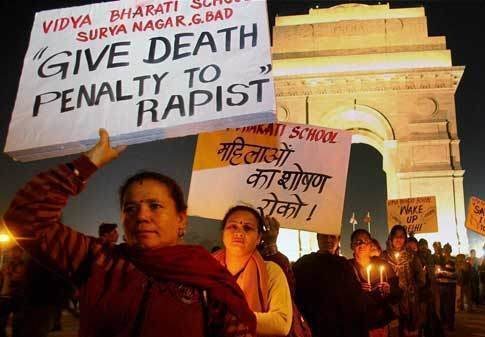 Delhi, the Gang Rape Capital of the World?

The Newspapers on January 27th should have covered how India celebrated Indian Independence Day, but instead, Delhi has made the headlines for, yet another incident of gang rape as a 20-year-old woman was kidnapped from her home and gang-raped as an act of ‘revenge’ after a boy commits suicide.

A senior police officer reports, “The boy committed suicide in November last year and his family blamed the victim for it. The family alleged that it was because of her that the boy took the extreme step. To exact revenge on her, the family members allegedly abducted her. They wanted to teach her a lesson.”

After the young woman/ mother/ sister/ wife, was gang-raped she was paraded by the accused on the streets of Kasturba Nagar with her hair chopped, face blackened, and a shoe garland around her neck.

Why is this becoming a common occurrence in India? How did Delhi get its reputation for being the rape capital of the world?

According to the National Crime Records Bureau, in 2015 it was recorded that a woman reported a rape every 15 minutes in India. What makes this statistic even more harrowing, is that it is believed that 90% of rapes and assaults aren’t even reported by the victims.

With that in mind, it is no surprise that in 2018 India was ranked the most dangerous place in the world to be a woman according to the Thomson Reuters Foundation survey.

In response to this data, experts said India moving to the top position showed not enough was being done to tackle the danger women faced, even after the gang rape and murder of a student, Jyoti Singh on a Delhi bus that made international headline News and made violence against women a national priority.

“India has shown utter disregard and disrespect for women … rape, marital rapes, sexual assault and harassment, female infanticide has gone unabated,” said Manjunath Gangadhara, an official at the Karnataka state government, to The Guardian. “The (world’s) fastest growing economy and leader in space and technology is shamed for violence committed against women.”

Government data shows reported cases of crimes against women in India rose by 83% between 2007 and 2016. There were four cases of rape reported every hour.

In the case of the teenage girl in Uttar, India in 2017, whose name is ironically protected under Indian law., the same legal system that failed to protect her against her assailant, Former BJP lawmaker Kuldeep Sengar. Sengar who was allegedly known as a ‘muscle man’ for using ‘gangster politics’, was accused of raping the 17-year-old when she approached Sengar for a job in June 2017. The victim alleges she was kidnapped and raped for more than a week by him and others.

Nearly two years later, Sengar was arrested for rape under child protection laws in 2019. However, this long journey to justice is one example of why 90% of rape victims in India do not come forward. Not only was the victim not taken seriously by the police but her family was threatened. For instance, it has been said that the victim’s father was arrested for possessing an illegal firearm. He died 3 days later in police custody.

In addition, the victim was seriously injured in a suspicious car crash in July. While she survived, both her aunts, who had been travelling with her, died and her lawyer was seriously injured. The crash happened in the northern state of Uttar Pradesh, where Sengar was a lawmaker from Unnao district. In protest, the victim tortured herself, by setting herself on fire outside a BJP’s house. In order to cover up the crime of this child’s sexual abuse so many have died. The eventual conviction and imprisonment of Sengar is not justice.

Many British and Indian journalists have investigated many cases and uncovered how many authority figures have tried to cover up rape cases. The verdict against Sengar came in the wake of the gang rape and murder of a 27-year-old vet in the southern city of Hyderabad that made global headlines. It wasn’t until the public took to the streets and protest for justice for the daughters of India. India’s federal investigation agency took over the case and arrested Atul Sengar, Kuldeep Sengar’s brother, and 10 others on charges of murder during this case.

Even in the case of Jyoti Singh, in 2012, where her parents made a Trust in her name, the Nirbhaya Jyoti Trust. Nirbhaya – Hindi for fearless is the name by which Jyoti came to be known because Indian law initially prevented the publication of her identity, similar to the cases above. The reason for this is that the authorities were anxious to avoid the creation of a martyr. They were quick to threaten publications with section 228a of the Indian penal code and the possibility of two years in jail for identifying a rape victim. However, the code also contains a clause permitting the next of kin to give written consent. Therefore, after Jyoti’s family consented to her name being published, it started to be used more often. Her image remains private.

Jyoti’s mother explains how she chose to “disclose the name of my daughter, Jyoti Singh. She was a victim. She did not commit any crime. Why should we suppress her details? They, who gang-raped and murdered her, should hide their names for committing that brutal act.”

Violence against women in India appears to be a systemic issue. It is apparent, the more powerful one is, or if you’re in the position of political or institutional power, the whole system seems to be at your disposal.

However, contrary to this case, it is not just the elite. In most cases, women know their attacker, and often it is their husband. Something that worried the globe during the coronavirus pandemic as domestic violence rose by at least 20% globally during lockdowns. The public understanding of what rape is and who might be guilty of rape is extremely narrow. Also, the tendency is still to side with the accused and not with the accuser. The victim of Sengar did not receive a medical examination until April 2018, nearly a year after the attack happened.

Whilst the government has tried to improve things with fast-track courts, and tougher sentencing, things aren’t getting better. This may be due to enforcement evidently being non-existent.

As a nation, India prides itself on its democracy, on its soring economic growth, and place on the world’s stage. Yet, there is a growing sense of shame in India to be known as the rape capital of the world.

Rape capital of world?? Distorting facts to create impact doesnt create impact …just propaganda ! In USA , a woman is raped every minute according to statistics! Also the false charges are less than 10% , while in india it is 50% ! So which is the rape capital ?? Certainly indian media is the Garbage capital of media