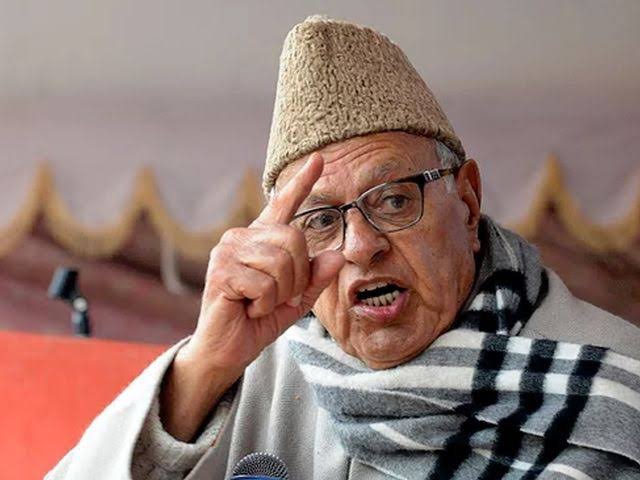 Soon after the Enforcement Directorate (ED) questioned National Conference (NC) president and former Chief Minister of Jammu and Kashmir Farooq Abdullah, the party on Monday alleged that the Bharatiya Janata Party (BJP), after failing to politically fight Abdullah, has resorted to employing its agencies for the task.

The ED questioned Abdullah in Srinagar in connection with his alleged involvement in the J-K Cricket Association scam where an alleged misappropriation of Rs 43 crores took place when Farooq Abdullah was the chairman of Jammu and Kashmir Cricket Association.

“The ED summon to Farooq Abdullah is clearly the result of the unity that Sahib has been able to forge among mainstream political parties in Jammu and Kashmir. This is the price one faces when opposed to BJP’s ideology and divisive politics. Recent history is a witness to how BJP has been employing coercive and intimidative measures through various departments to target opposition leaders across the country. The recent ED summon to Farooq Abdullah is a case in point,” the NC said in a statement

“The timing of the recent summon is very clear. His previous summons were just before August 5 last year and today’s summon comes within days of forming the People’s Alliance for Gupkar Declaration of which Farooq Abdullah has taken a lead,” the statement further said.

Farooq Abdullah continues to maintain his innocence and will cooperate with the authorities in what is nothing but a witch hunt, the statement added.

On October 15, Farooq Abdullah convened an all-party meeting at his home to chalk out the future course of action on “Gupkar Declaration” with regard to the special status of Jammu and Kashmir which was revoked by the Centre last year.

Abdullah announced the formation of an alliance with Mehbooba Mufti of People’s Democratic Party, Sajjad Lone and other regional groups and said that the battle is constitutional and demanded the government of India to return all rights of the people of Jammu and Kashmir and Ladakh held before last year.

He also demanded the immediate release of the rest of the people who are still under house detention. (ANI)