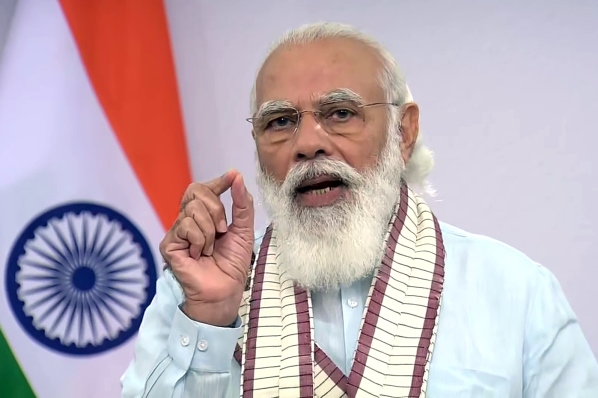 In a bid to allay farmers’ fears over the farm laws as they continue with their protests, Prime Minister Narendra Modi on Saturday said that the farm reforms will help bring down barriers between agricultural and associated sectors, creating new markets for farmers which will benefit agricultural sector.

“In a vibrant economy, when a sector grows, it has a direct influence of other sectors as well. Reforms that we are doing are removing needless frameworks. The agriculture sector is one such example,” PM Modi said while addressing the 93rd Annual Convention of Federation of Indian Chambers of Commerce and Industry (FICCI).

Stressing on the theme of barriers in various industries, Prime Minister Modi said, “what is required in India’s economy is not walls but more and more bridges so that they help support each other”.

He also emphasised that farmers will gain from technological advances and investments as when one sector grows, its effect is seen on several other sectors.

“We had seen walls between the agriculture sector and other areas associated with it – be it agriculture infrastructure, food processing, storage or cold chain. All walls and obstacles are being removed now. After reforms, farmers will get new markets, options and more benefits of technology. The country’s cold storage infrastructure will be modern. By doing this, there will more investments in agriculture that will benefit farmers,” PM Modi said.

The Prime Minister said that the government has taken several initiatives to increase the farmers’ income.

“Today farmers have options to sell their crops in mandis as well as to outside parties. Mandis are being modernised, farmers have now the option to sell their produce on digital platforms. We have taken all these initiatives to increase the farmers’ income and make them more prosperous,” he said.

Farmers have been protesting in and around the national capital since November 26 against the Farmers’ Produce Trade and Commerce (Promotion and Facilitation) Act, 2020; the Farmers (Empowerment and Protection) Agreement on Price Assurance and Farm Services Act, 2020; and the Essential Commodities (Amendment) Act, 2020.

Farmers’ unions have so far held six rounds of talks with the government.

After rejecting the Centre’s proposal to amend the recently enacted farm laws, the agitating leaders said that they would intensify their agitation by blocking railway tracks to put pressure on the government to repeal the three Acts.

PM Modi said that rural India is undergoing a massive change today and the active internet users in rural India is higher than urban India. More than half of India’s start-ups are in Tier-II and Tier-III cities, he said.

The Prime Minister said that digital payments are being made possible even on small vendors in rural parts of the country. (ANI)