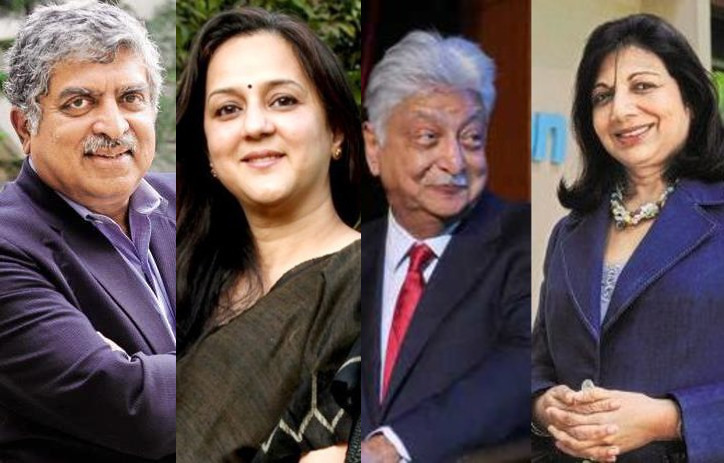 Gospel Behind ‘The Giving Pledge’

For a good spell of years, Andrew Carnegie was ahead of John D Rockefeller in terms of individual wealth. This happened following Carnegie’s disposal of Pittsburgh Carnegie Steel Company, which he built in a rare display of vision of a strong industrial America, with the money he made from his investments in a wide range of businesses. But not that much for his pioneering business and industrial activities, the Scottish-American migrant who died in August 1919 at the ripe age of 83 will continue to be gratefully remembered for using most of his wealth to promote education, scientific research and art and culture. Not only is his philanthropy at today’s value worth over $65 billion, benefiting a large number of prestigious institutions, mostly in the US, but also outside Carnegie benefaction is not to be overshadowed by the humanitarian work sans borders by the greatest Samaritans of our times Melinda and Bill Gates.

Carnegie’s vision is written all over in Carnegie Hall in New York, Carnegie Institution of Science and also notably Carnegie Mellon University, which proves beneficial for many south Asians. Andrew Carnegie of his times or a Bill Gates or a Warren Buffett of modern times creates waves of philanthropy inspiring others to part with their wealth for betterment of society. What precisely Gates-Buffett do with their money is to work particularly in areas of health (including fighting of diseases such as AIDs,) education and sanitation that remain beyond the capacity of governments in least developed and developing countries to attend well.

Carnegie’s famous “The Gospel of Wealth” inspired many in the US to follow in his footsteps to do good to society using most of their wealth in a variety of ways. “The Giving Pledge” campaign launched by Melida and Bill Gates is universal in that it has secured commitments from over 200 individuals/couples living in different countries that major portions of their wealth will be used for philanthropic causes. We have only four Indians – Azim Premzi of Wipro, Kiran Mazumdar Shaw of Biocom, Rohini and Nandan Nilekani (one of Infosys founders) and real estate tycoon PNC Menon – to have signed The Giving Pledge. Definitely not an inspiring show when the number of Indian billionaires was 141 in 2018, according to the German statistics portal Statista.

Thankfully, though not a signatory to the pledge, billionaire and chairman of HCL Shiv Nadar is committed to spend $1 billion through his foundation with the focus on building a strong infrastructure for education. What is globally known is besides the declared income, many Indians have undeclared enormous wealth, both within and also stacked outside the country but for reasons, which can only be guessed the owners of such wealth shy away from doing philanthropy. What a waste of wealth from which the country and its people don’t benefit.

But then Rohini Nielkani talks about exercising the Indian “philanthropic muscle” a great degree more breaking the “trust deficit” that exists. She says: “There is a lot of philanthropic capital all dressed up and with nowhere to do, largely because of the trust deficit. How do you give, who do you give to, how do you get impact? You still don’t feel very sure, because of which many of us just land up creating our own organisations, trying to create the change ourselves. I believe that a healthier thing is when the donors (read super wealthy) find enough channels to give through so that there is no burden of doing things themselves.” Not every super wealthy is a Melind or Bill Gates with the intent and capacity to build an organisation to do philanthropic work. Warren Buffett certainly believes that his wealth when channelled through Gates Foundation will yield better results than anything that he might himself attempt. Rohini finds the Indian philanthropy at an exciting stage with the development of an ecosystem for philanthropy along with the idea of giving.

Whatever Rohini may have to say on the subject, the fact remains while wealth levels of Indian elite – businessmen and professionals – are making impressive advances, this has not been matched by commensurate charitable giving. The sad fact is while members of India elite here have never been as well exposed to Western education and way of living as they are now, their philanthropic quotient are way below their peers in the West.

In discussions on philanthropy, generally only the rich will figure. Individuals ordinary in terms of wealth but extraordinary in disposition in charitable giving of almost everything that they have saved diligently over lifetime are not small in numbers in India. The rich have a tendency to build hospitals and educational institutions, which they will name after themselves or their parents under the guise of charitable cause but ensure at the same time that these are run for profit. A branch of the once second richest family in India runs their schools, colleges and hospitals strictly as business. In contrast, you have this 71 year old Chitralekha Mallik, a retired professor, who driven by the joy of giving has so far donated Rs97 lakh to support several causes dear to her heart.

For a teacher coming from a humble family – her father taught at a school – making charity of this scale means she has scrupulously avoided spending any money on herself. Chitralekha lives spartanly in a single room apartment on the outskirts of Calcutta. Though she has difficulty in walking following meeting with an accident in 1994, she is brave enough to travel by bus to Jadavpur University where she gave Rs50 lakh for institution of a research scholarship in memory of her late teacher and PhD guide Pandit Bidhubhusan Bhattacharya and another Rs6 lakh to support a student scholarship in the name of Bhattacharya’s wife. These two besides, Chitralekha has supported some other worthy causes.

Chitralekha, who has made a vow to “give all that I have,” told The Telegraph of Calcutta: “There are two ways through which you can be content. One is by spending on yourself. The other is by distributing what you have among the needy. The latter has been my guiding principle. This is also the lesson of Upanishad.” Her life is an outstanding example of selflessness.