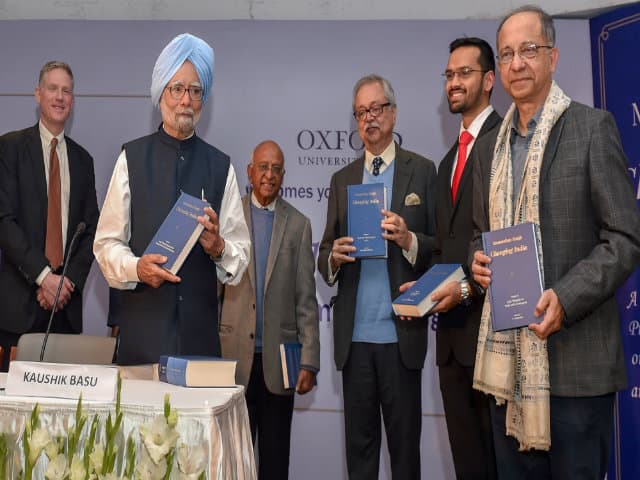 Former Prime Minister Manmohan Singh on Thursday said that the country is in the midst of a dangerously protracted slowdown but the Narendra Modi government is complacent about it.

Addressing a press conference, Singh reiterated what he said at the Congress party meeting earlier: “The country today is in the midst of a dangerously protracted slowdown. This is not the statement made by Congress alone. Everwhere if you talk to industrialists and journalists, the common theme is the economy is going from bad to worse.”

“The dangerous thing about the present economic situation is that the Central government is complacent enough not to realise that we are in the midst of a protracted economic slowdown,” said Singh.

The former Prime Minister said: “The situation our country is faced today where you look at agriculture, whether you look at real estate, manufacturing, all along the line there is a downturn.”

“If this situation is not reversed, then the worst thing could happen on the employment situation. If income growth slows down month after month, quarter after quarter, then the scope of creating more jobs will seriously be affected,” said Singh.

“Agriculture is the cornerstone of the economic activity of our country. Sixty per cent of all people live in agriculture and allied activity area. As per the latest figure, the growth rate of agriculture is 2.7 per cent as against the previous year of over 3.5 per cent,” he said.

“The dangerous point is that the real wage rate in the agriculture sector and the rural sector has been static in the last five years of the BJP government,” he added.

Singh further said: “In the real estate sector, in 8 metropolitan cities, there are 4.5 lakh dwelling units lying vacant. There is no demand for those units. If real estate is affected, construction is affected and the employment will be affected.”

“The rupee is getting weaker and weaker. But instead of taking advantage of pushing up exports, under the BJP government, the exports are sluggish and the result is the balance of payment is getting worse and worse,” added Singh. (ANI)