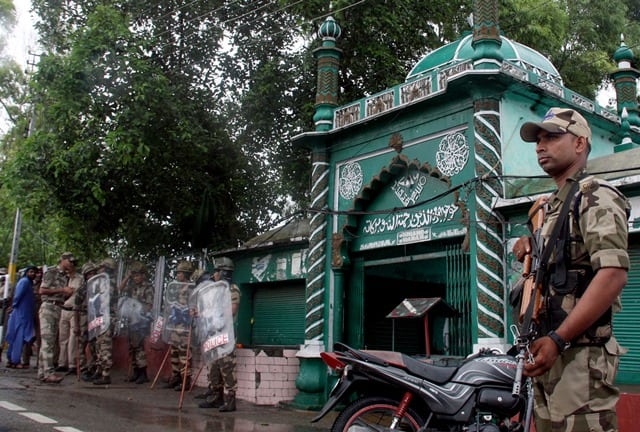 Solicitor General Tushar Mehta, appearing for Jammu and Kashmir administration, told a three-judge Bench of Justice NV Ramana, Justice R Subhash Reddy and Justice BR Gavai, that there is a reason why internet services are not working.

Mehta’s response came after the Bench asked him if the mobile phone services had restarted in the region.

Explaining the reason why mobile phone services and internet had not been restored, Mehta said if these services restart in the Valley, then Kashmir will be flooded with fake messages from across the border that might incite violence.

He further said that “100 per cent landlines” were working in the region.

Mehta said that restrictions were imposed on the internet, mobile and landline telephones to prevent dissemination of “rumours, fake propaganda, and activities that could disturb public order and tranquillity”.

Hearing the contentions of the Solicitor General, Justice Gavai said, “There has to be a balance between personal liberty of a person and national security.”

The apex court was hearing several petitions relating to restrictions in Jammu and Kashmir in the wake of reading down of Article 370 that granted special status to it. (ANI)