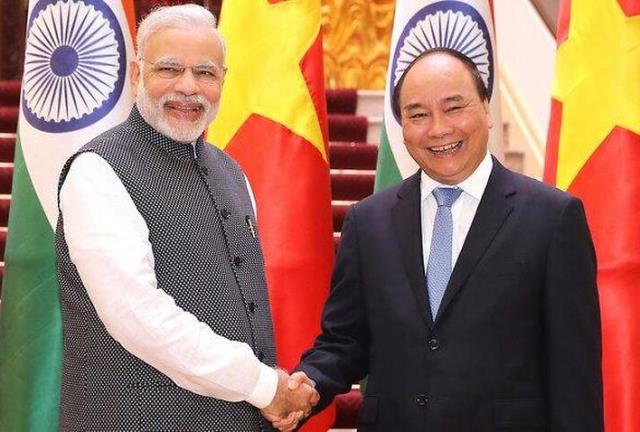 As India and Vietnam compete to complement China as “factories of the world”, is there room for cooperation between the two rivals?

For companies moving out from China, in an effort to diversify their production sites as well as supply chains, India and Vietnam are locations that are foremost on their minds. With a recent surge of manufacturers relocating their facilities or building new ones, the competition for FDI (foreign direct investment) has intensified.

This trend has gathered urgency due to China’s increasingly higher costs, the US-China trade war, and the realisation that having alternative sources of supplies is necessary after experiencing supply-chain disruptions caused by the COVID-19 pandemic.

According to the Vietnam Ministry of Planning and Investment, FDI into Vietnam stood at about USD 20 billion for 2020, a fall of 2 per cent from a year earlier. Furthermore, FDI pledges, an indication of future FDI disbursements, plunged last year by 25 per cent to USD 28.5 billion. The sector that nabbed the largest amount of investment is the manufacturing and processing sector which captured 49.1 per cent of total pledges.

This is followed by the production and distribution of gas, water and electricity with 34.7 percent. Singapore was the top source of FDI pledges last year, followed by China and Taiwan.

India, being a much larger country, has fared better on both the total FDI it has attracted as well as its ability to grow FDI in spite of COVID-19. Extrapolating based on figures from the Department of Promotion of Industry and Internal Trade up to September, India is expected to achieve an FDI of roughly USD 53 million for the calendar year 2020. (The October to December quarter figures have not yet been published.)

This is a growth of about 11 per cent from 2019. The common theme between India and Vietnam is that the highest FDI equity inflow also originated from Singapore, accounting for 25 to 30 percent of FDI flows to India in the calendar year 2020. This is followed by Mauritius registered companies where investment flows are roughly half of that of Singapore’s.

The Department of Promotion of Industry and Internal Trade says that the higher equity inflow is attributed to the government’s efforts in improving ease of doing business along with relaxed FDI norms. In the fiscal year 2020 (ending March 2020), the industry that performed the best for total equity inflows is the service sector which brought in 17 per cent of the total investments. This was followed by the computer software and hardware sector, while the telecommunications and trading sector’s share ranked third and fourth, respectively.

Despite being competitors on the FDI front, there are signs that the trade relationship between India and Vietnam are expanding. Just last week, two trade and investment events were held between businesses from the two countries.

The first, which was held in Hanoi on January 21, was a seminar to promote cooperation in the pharmaceutical industry in both countries. It was hosted by the Embassy of India in collaboration with the International Investment Promotion Alliance (INVEST-GLOBAL), Vietnam Association of Foreign Invested Enterprise (VAFIE) and Indian Business Chamber (INCHAM).

The Vietnamese pharmaceutical market was estimated to be valued at USD 7 billion in 2019 and projected to grow another 8 per cent by 2024.

To meet production needs Vietnamese drug manufacturers import 90 percent of their active pharmaceutical ingredients and most of the raw materials. With regards to pharmaceutical end products, approximately 60 per cent of the demand is met by imports. India has been a key exporter of such products and raw materials to Vietnam. However, businesses in both countries feel that there is still great potential to promote investment cooperation in the pharmaceutical as well as the medical equipment industries.

At the Forum, businesses discussed areas of cooperation and investment, determining that those sectors that presented the highest potential are garment, food processing, pharmaceuticals, information technology (IT), construction materials, and renewable energy.

According to Indian Ambassador to Vietnam, Pranay Verma, Vietnam’s investment in India now stands at USD 30 million, while Indian companies have invested USD 900 million in Vietnam.

Emphasising the benefit and opportunities for investments in Vietnam, Don Lam, deputy head of the Private Economic Development Research Board and CEO of VinaCapital, said, “The strategic relationship between the two countries does not stop at trade.”

He continued, “Indian companies consider Vietnam an attractive destination for their investments in the fields of oil and gas, steel, minerals, tea, sugar, and IT training, as well as a place for the transshipment of goods in Southeast Asia.”

Deputy Minister of Planning and Investment, Tran Duy Dong, highlighted the need for both sides to step up investment promotion and connectivity, both online and in-person. He added that the ministry commits to working together with Vietnamese ministries, sectors, and localities to support Indian enterprises for win-win cooperation, thus helping to lift the Vietnam-India comprehensive strategic partnership to new heights. (ANI)