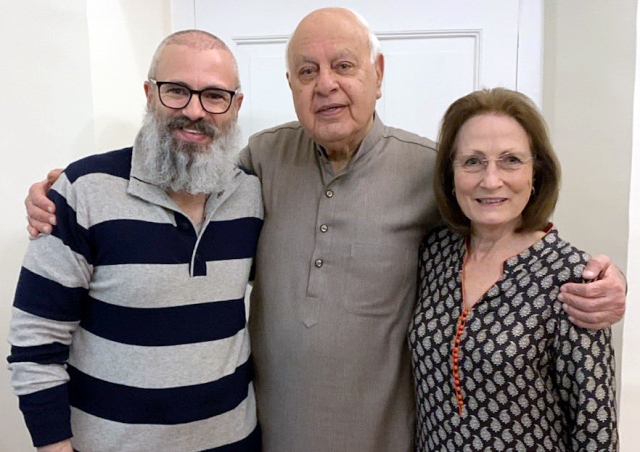 ‘Hang Me, But My Stand On Article 370 Will Not Change’

Former Jammu and Kashmir Chief Minister Farooq Abdullah on Monday asserted that his fight is for the restoration of Article 370 and 35A, adding that it will never change even if he has to be hanged.

Speaking to media, Abdullah said, “We have a long way to go, a long political battle that will continue whether Farooq Abdullah is alive or dead, on the stage or not on the stage. Our fight is for restoration of Article 370 and 35 A and our resolve will never change even if I have to be hanged.”

It is a struggle of all people of Jammu and Kashmir and not of Farooq Abdullah alone, he added.

Last year on August 5, the Government of India revoked the special status granted under Article 370 of the Indian Constitution to Jammu and Kashmir through an amendment in Parliament and also scrapped Article 35 A, and the state was bifurcated into two union territories — Jammu and Kashmir and Ladakh.

When asked about the Enforcement Directorate (ED) on Monday questioning him in connection with his alleged involvement in the J-K Cricket Association scam, Abdullah said, “This questioning has been going on for many years, it is nothing new. I am not going to say anything. The Court will decide what is to be done. I am not worried.”

The Enforcement Directorate (ED) on Monday questioned National Conference (NC) president in Srinagar in connection with his alleged involvement in the J-K Cricket Association scam.

The questioning is in connection with the alleged misappropriation of Rs 43 crores when Farooq Abdullah was the chairman of the Jammu and Kashmir Cricket Association.

Omar Abdullah, son of Farooq Abdullah said that the NC will be responding to ED summons.

“The party will be responding to this ED summons shortly. This is nothing less than political vendetta coming days after the formation of the People’s Alliance for Gupkar Declaration. To set the record straight no raids are being conducted at Dr Sahib’s residence,” tweeted Omar Abdullah.

On October 15, Farooq Abdullah convened an all-party meeting at his home to chalk out the future course of action on “Gupkar Declaration” with regard to the special status of Jammu and Kashmir which was revoked by the Centre last year.

Abdullah announced the formation of an alliance with Mehbooba Mufti of People’s Democratic Party, Sajjad Lone and other regional groups and said that the battle is a constitutional and demanded the government of India to return all rights of people of Jammu and Kashmir and Ladakh held before last year.

He also demanded the immediate release of the rest of the people who are still under house detention. (ANI)