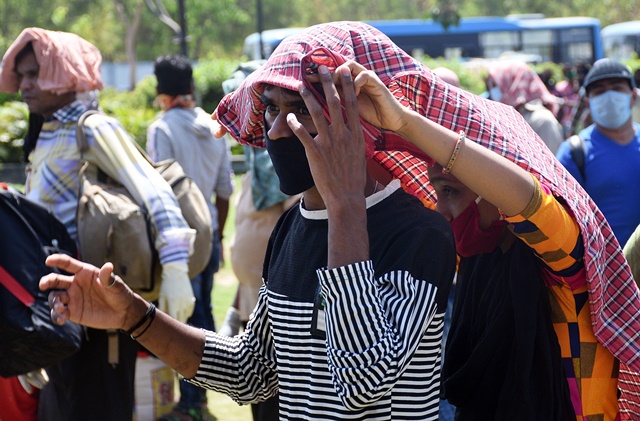 He further stated that rainfall is expected on Friday in these states due to the Western Disturbance (WD) affecting the Himalayan region.

“Punjab, Haryana, South Uttar Pradesh will be under heatwave condition for the next five days. Later, Western Disturbance is likely to cause rainfall activity in the Himalayas because of which these states many receive rainfall and get a respite from the heat for a brief period,” said Kumar while speaking to ANI.

“We will keep Haryana, Vidarbha region, western Rajasthan in red colour warning tomorrow and day after tomorrow because the temperature is expected to cross 43 degrees. In many places the temperature will reach 47,” he added.

However, in Gujarat, the temperature is likely to decrease as the region is expected to be “hit by high-velocity winds.”

The IMD in the morning has predicted that the temperature in Delhi also for the next four days would oscillate between 45 degrees Celsius and 46 degrees Celsius and after that, the region is expected to be battered by rainfall accompanied by thunderstorms. (ANI)