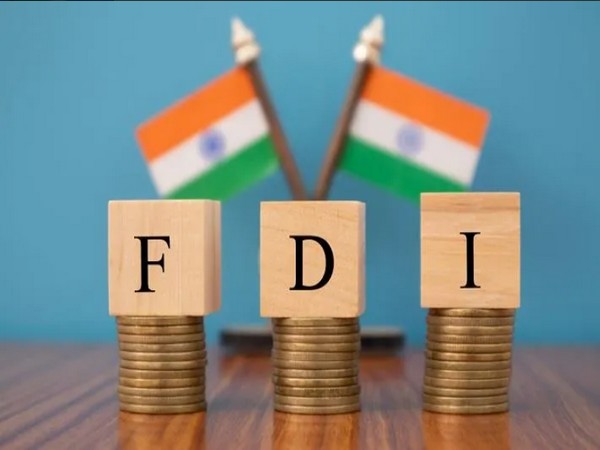 Centre’s reforms resulted in a consistent increase in Foreign direct investment (FDI) inflow which has grown from USD 45.15 billion in 2014-2015 to USD 84.84 billion in 2021-22, the Minister of State for Commerce and Industry, Som Parkash said in reply to Parliament on Wednesday.

‘Make in India’ is an initiative launched on September 25, 2014, to facilitate investment, foster innovation, build best-in-class infrastructure, and make India a hub for manufacturing, design, and innovation. It is one of the unique ‘Vocal for Local’ initiatives that promoted India’s manufacturing domain to the world, the Minister said.
According to the Ministry of Commerce and Industry, the ‘Make in India initiative has significant achievements and presently focuses on 27 sectors under Make in India 2.0. The Department for Promotion of Industry and Internal Trade (DPIIT) coordinates action plans for 15 manufacturing sectors, while the Department of Commerce coordinates 12 service sector plans. Investment outreach activities are done through Ministries, State governments, and Indian Missions abroad for enhancing International cooperation and promoting both domestic and foreign investment in the country.

In addition to ongoing schemes of various Departments and Ministries, the government has taken various steps to boost domestic and foreign investments in India. These include the introduction of Goods and Services Tax, reduction in Corporate tax rate, interventions to improve ease of doing business, FDI policy reforms, measures for reduction in compliance burden, policy measures to boost domestic manufacturing through public procurement orders, Phased Manufacturing Programme (PMP), to name a few, MoS Som Parkash said.

The reforms taken by Government have resulted in increased FDI inflows in the country. FDI inflows in India stood at USD 45.15 billion in 2014-2015 and have continuously increased since then, and India registered its highest-ever annual FDI inflow of USD 84.84 billion (provisional figures) in the financial year 2021-22, he said.

He said the series of measures taken by the Government to improve the economic situation includes the introduction of the Production Linked Incentive (PLI) scheme in various Ministries, investment opportunities under the National Infrastructure Pipeline (NIP) and National Monetisation Pipeline (NMP), India Industrial Land Bank (IILB), Industrial Park Rating System (IPRS), the soft launch of the National Single Window System (NSWS), etc. An institutional mechanism to fast-track investments has been put in place, in the form of Project Development Cells (PDCs) in all concerned Ministries/ Departments of the Government of India along with an Empowered Group of Secretaries (EGoS).

Keeping in view India’s vision of becoming ‘Atmanirbhar’ and enhancing India’s manufacturing capabilities and exports, an outlay of Rs 1.97 lakh crore (over USD 26 billion) has been announced in Union Budget 2021-22 for PLI schemes for 14 key sectors of manufacturing, starting from fiscal year (FY) 2021-22, the Minister informed. (ANI)