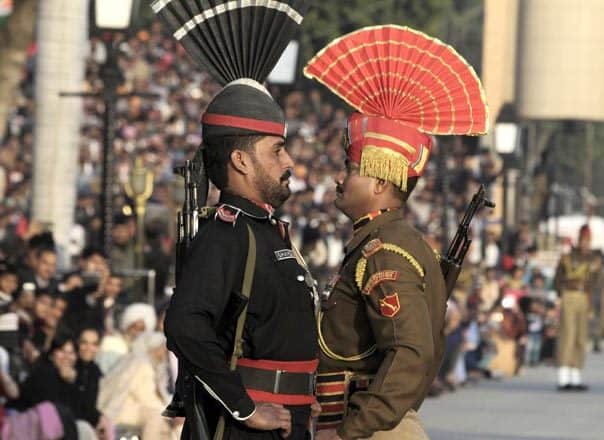 Pakistani Prime Minister Imran Khan yet again ratcheted up the nuclear bogey when he warned of a possible military confrontation between the two nuclear-armed neighbours in the wake of Indian government’s decisions in Jammu and Kashmir.

“If the world does nothing to stop the Indian assault on Kashmir and its people, two nuclear-armed states will get ever closer to a direct military confrontation,” he wrote in op-ed piece in the The New York Times published today.

Khan wrote that all his efforts to start a dialogue for peace were “rebuffed” by India.

“On July 26, 2018, in my first televised address to Pakistan after winning the elections, I stated we wanted peace with India and if it took one step forward, we would take two steps. After that, a meeting between our two foreign ministers was arranged on the sidelines of the United Nations General Assembly session in September 2018, but India cancelled the meeting,” Khan said.

The meeting, which was scheduled to take place between former EAM Sushma Swaraj and her Pakistani counterpart, Shah Mehmood Qureshi, in New York, was called off by India hours after security personnel in Jammu and Kashmir were kidnapped and brutally killed.

He also talked about the February 14 Pulwama terror attack, the responsibility for which was taken by Pakistan-based terror outfit Jaish-e-Mohammed (JeM).

“Evidently Mr. Modi had mistaken our desire for peace in a nuclear neighbourhood as appeasement. We were not simply up against a hostile government. We were up against a “New India,” which is governed by leaders and a party that are the products of the Hindu supremacist mother ship, Rashtriya Swayamsevak Sangh, or the R.S.S,” Khan stated.

He objected to India’s abrogation of Article 370 and 35A of the Indian constitution, which had accorded a special status to Jammu & Kashmir.

“The move is illegal under the Constitution of India, but more importantly, it is a violation of the United Nations Security Council resolutions on Kashmir and the Shimla Agreement between India and Pakistan,” he claimed.

India has dismissed all such claims and maintained that its latest decision in J&K is a matter of its internal affairs. (ANI)