Chinese actions along with eastern Ladakh and the East and South China Seas continue to reflect moves played in the traditional game of ‘weiqi‘, the 2,500-year-old abstract strategy board game, in which the aim is to surround more territory than the opponent, to eventually capture it all.

This is evident in the lack of compliance with the agreed disengagement and de-escalation process along the Line of Actual Control (LAC). China’s intention is to incrementally occupy territory and push the perceived LAC further west. A similar strategy is being played out in its usurpation of territory in the East and South China Seas.

In response to these aggressive moves on multiple fronts, it is a relief to see the Quad’s growing solidarity in reacting to China’s misplaced hubris. All the Quad’s constituent countries, along with the UK and France have acted with alacrity in a coordinated challenge to counter China’s expansionist moves in the military and economic field.

The US despatched the formidable Nimitz aircraft carrier fleet to the Indian Ocean through the strategic Malacca Strait to participate in a naval exercise with four Indian warships. I had the privilege to have landed and taken off from the Nimitz sailing for a sea drill off Hong Kong in the early 90s and have witnessed its prowess. The Andaman and Nicobar tri-services command jurisdiction has seen heightened activity.

India has evidently extended the operational front from the land border to the maritime domain where it enjoys an advantage. A gauntlet to the Chinese, this exemplifies a swift move in a game of shatranj (Indian chess), an effective counter gambit. Australian and Japanese warships along with Indonesian naval vessels have also increased activity near the Malacca Strait adding teeth to the build-up of a countervailing force in the area.

With USS Ronald Reagan in the East China Sea along with another battle group near the Taiwan Strait, these powerful forces can effectively respond to any further premature Chinese adventurism in the region.

On the economic front, in a move reminiscent of the Cold War when the Soviet economy was gradually squeezed over time, the US has ratcheted up powerful punitive actions against China. Sanctions against Chinese companies and nationals involved in repression in Xinjiang and Hong Kong continue. Recently, the US Commerce department added 11 companies to a trade blacklist, bringing nearly 50 Chinese entities on the list and restricting them further from access to US technology as well as other goods. The Japanese have moved 87 of their companies out of China. The consequent loss in revenue to Chinese companies can deal a telling blow to an economy already suffering from a downturn and burgeoning unemployment. More punitive action is in the pipeline. While such a complex strategy can take a long time to fructify, given the deep global integration and strength of the Chinese economy, it must nevertheless be recognised as an earnest beginning.

Meanwhile, India has displayed a firm resolve to curb the import of non-essential Chinese goods. It has blocked and restricted investments and predatory runs on vital entities in the financial and start-up ecosystem. Rapid indigenisation of telecommunication infrastructure including home-grown 5G technology will prevent further loss of valuable data to the Chinese that has merrily exploited the huge flow of metadata from a single heterogeneous source that refines their AI and machine learning capabilities. If India can sustain the gradual decoupling from the Chinese digital inroads, with support from the Quad plus, the Chinese stand to lose billions of dollars in the long run. Similarly, a renewal of the pharmaceutical industry will cause substantial loss to Chinese exports.

The big question is: will China relent from its multi-front territorial aggression against its peaceful neighbours?

Given Xi’s apparent arrogance, any pullback from confrontation can potentially upset his China Dream and threaten his personal ambition to be a leader for life. Hence, a protracted challenge can be anticipated.

Consequently, Indian strategic decision-makers will have to factor in a few possibilities to devise a counterplan: it will have to be prepared to sustain military pressure all along the eastern Ladakh border region through the winter. It will need to consider the Chinese opening up some pressure points in the central and eastern sector. It has to be prepared to defend against increased cyberattacks against critical networks and sensitive installations.

China could add more pinpricks in Nepal and Bhutan border areas, step up clandestine support to Indian insurgent groups in the northeast region, and attempt, through its surrogates, to foment disturbances on simmering internal political, social and communal issues. It can move into overdrive to woo Bangladesh through major economic inducements. It could collude with Pakistan to foment trouble in J&K, and coordinate defence of its assets and investment in the Gilgit-Baltistan and POK regions.

India’s defence planners should seriously consider counter moves into vulnerable non-delineated areas in the Ladakh region and then negotiate return from a position of strength, launch deniable covert operations against transgressing Chinese troops and infrastructure in its claimed territory and threaten to interdict their stretched supply lines.

Till India develops effective and demonstrable comprehensive national strength, India must also seek to drop outdated principles of non-alignment and strategic autonomy (refer to my article in the Sunday Guardian dated June 27, 2020) and selectively multi-align itself with like-minded democracies like the emerging D-10 and Vietnam. Agreeably this is not easy to achieve, but it is essential to accomplish.

The key message is this: we have to counter the Chinese strategies embodied in weiqi i.e. and play the more popular, and widely played game of chess (shatranj). It is the time to resolutely proceed to checkmate the opposing King. (ANI)

(The author is former Special Secretary to the Government of India, Cabinet Secretariat) 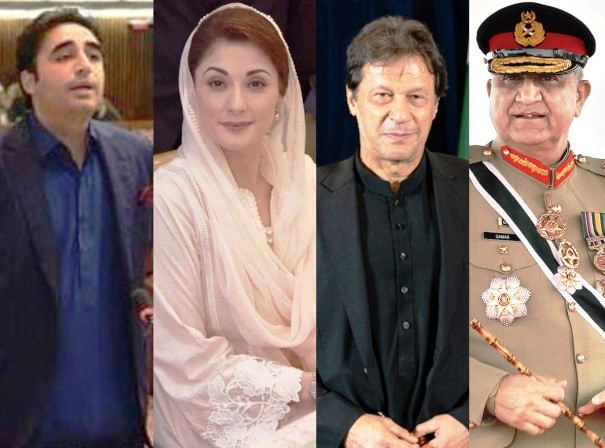 When The Farmer Fights Back
Amit Sengupta
View Comments (0)