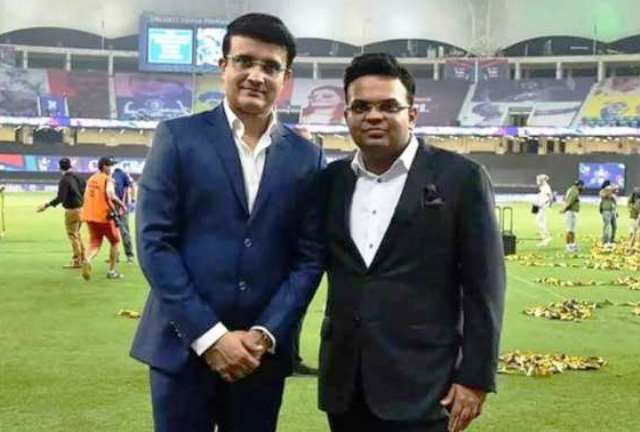 ‘Indian Netas Have Always Had A Finger In the Sports Pie’

Five years back, the Indian cricket administration underwent a massive upheaval when the Supreme Court intervened to bring an end to the alleged culture of fiefdom in the BCCI. Justice Lodha Committee was given the task to clean up the mess in the world’s richest cricket body. A year later, the apex court passed a series of recommendations and appointed a three-member committee, led by former CAG Vinod Rai, to bring all the recommendations to effect.

One of the key points of the recommendations was that no official will be eligible to contest the BCCI or state associations’ elections after serving two consecutive terms, either at the national board, or, as a combination of both.

However, six years later, the Supreme Court tweaked it to allow the current president, Sourav Ganguly, the former India cricket captain, and secretary, Jay Shah, the son of Union Home Minister Amit Shah, to continue to run the daily affairs of BCCI. Both Ganguly and Shah have completed the previously mandated two terms last year — which is six years — but have continued to hold their offices for months. They had previously served the Cricket Association of Bengal and Gujarat Cricket Association, respectively, in different capacities.

On September 16, 2022, the apex court allowed modification to this clause. Now, Ganguly and Shah can serve as BCCI members for two more terms, which, effectively means, another six years at the helm. That is, by the time they end their new terms, they will complete 12 years in office without serving a cooling-off period of three years.

This is a stark shift from the Supreme Court’s earlier status quo on cricketing matters of the country. Indeed, the court has agreed to change the clause for which it once repealed Anurag Thakur from the board. While allowing them to continue for another six years, the court has also allowed the BCCI to tweak a clause to allow politicians, who were not allowed to contest elections as per the Lodha Committee recommendations, to enter the cricket administration in the country yet again.

For years sports administrations in India have been run by politicians or businessmen. It has been a recent trend that sportspersons or former athletes are coming into the administration.

The latest development has come at a time when the highest court has been busy in cleaning up the mess at the National Sports Federations (NSF). Federations that didn’t accept the Ministry of Youth Affairs and Sports’ National Sports Code, formulated in 2011, are either facing suspension or being forced to align with the codes by the Supreme Court.

The All India Football Federations (AIFF), the Indian Olympic Association (IOA), and Hockey India (HI) are a few of these latest examples.

In the past, in most of these federations, officials with a direct or indirect link to the Congress party were running the offices for over a decade. In the recent AIFF elections, the BJP-backed candidate, Kalyan Chaubey, assumed the president’s post, while the IOA presidency went to Adille Sumariwalla, a former athlete who served the Athletics Federation of India. Sumariwalla too is reportedly linked to the ruling party.

Unlike these federations, the BCCI doesn’t fall under the NSF; it is an autonomous body under the Indian Societies Registration Act, 1860. It doesn’t necessarily need to adhere to the ministry’s mandate. Previously, the sports ministry tried to bring BCCI under its realm, but with two ‘likable people’ currently running the show at the board, that pressure no longer exists.

As told to LokMarg