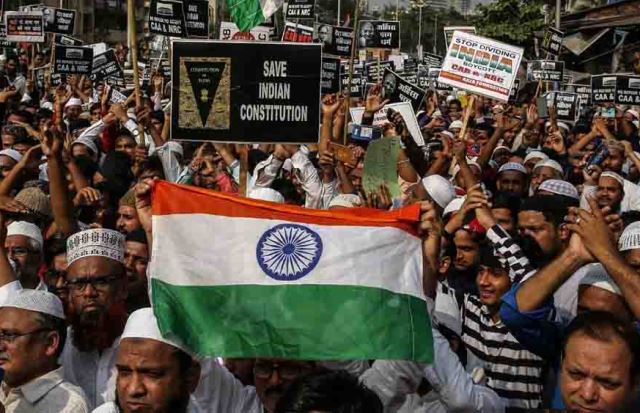 By virtue of its having a population of close to 1.37 billion and holding elections to Parliament and state assemblies every five years as required under the Constitution and on the basis of adult suffrage, India has logical claims to the status of the world’s largest democracy. Unfortunately, to popular concern, India is not faring well as a democracy in the eyes of independent global watchdogs.

These agencies use copiously collected social science data and feedback from a wide range of independent sources before they decide where a particular democracy finds itself in their indexes. The first blow for India came from Freedom House, a US based watchdog funded largely by the US Administration, which relegated the country to “partly free” status from the earlier “free” ranking.

Now a much harsher admonition for India comes from Sweden based V-Dem (Varieties of Democracy) Institute. In a major setback for liberal democracy, “the world’s largest democracy has turned into an electoral autocracy,” says the V-Dem report. The country’s 23 percentage point slide on V-Dem scale since 2013 makes “it one of the most dramatic shifts (read in terms of erosion of democracy) among all countries in the world over the past ten years.”

Elaborating how democratic values got eroded in India, V-Dem says: “Autocratisation process has largely followed the typical pattern for countries in the ‘Third Wave’ over the past ten years: a gradual deterioration where freedom of the media, academia and civil society were curtailed first and to the greatest extent.”

But Pranab Bardhan, professor emeritus of economics at University of California, Berkley, says much of Indian media, particularly the TV channels are found “shamelessly” ingratiating themselves with the powers that be. What freedom of the Press can there be when media owners and journalists who matter have on their own drawn the Lakshman Rekha in a way offering comfort to the ruling party at the Centre and in states like Uttar Pradesh and Karnataka. What is left of free media is some news and opinion websites run by some intrepid journalists and a magazine or two.

ALSO READ: A Tale Of Two Indian Protests In Media

Bardhan is surprised that BJP has the gumption to complain that the opposition is engaged in smearing the reputation of the country across the world. “But it is now imperative to say that the way democracy is being trampled in so many ways is giving the country a bad name. Let’s take the case of harassment of Disha Ravi (climate activist). Hasn’t this invited global criticism? I will say those who describe the protesting farmers and principled journalists as anti-nationalists are a blot on our democracy,” says Bardhan.

Bardhan, a global campaigner for equality of opportunity for human development, has strong distaste for doublespeak that BJP leaders indulge in. They, according to him, will say sabka saath sabka vikas (development for all) but when it comes to act they will spew hatred for the ones not of their faith. Why Bills are not discussed any longer and Acts are steamrolled through Parliament?

Bardhan thinks the fear of courting uncomfortable questions has made Prime Minister Narendra Modi not to hold Press conferences at all. The people are instead left with ‘Man ki Baat,’ a monologue that leaves no room for questions to be asked. (To put the record straight, Modi at least once sat for a long interview with the former Hindustan Times chief editor Sanjoy Narayan.)

Incidentally, Bardhan like many other front-ranking intellectuals is a strident critic of the NDA decision on demonetisation and the Covid-19 lockdown for the indescribable sufferings of the common man, millions of migrant workers and people dependent on the unorganised sectors. Now we learn from the periodic labour survey by National Statistical Office that the urban unemployment rate in the country shot up to 20.9% in April-June 2020 coinciding with the lockdown from 9.1% in the previous quarter. But what will go unrecorded are the physical, mental and financial pains millions of migrant workers suffered because of sudden declaration of the lockdown without giving them a chance to go back to wherefrom they came by train and long distant buses.

In a recent interview with the largely circulated Bengali newspaper Anandabazar Patrika, Bardhan expressed his anguish over disintegration of the country’s federal structure. As policy decisions are getting concentrated in the Prime Minister’s office (PMO), in a novel development New Delhi is regularly trespassing into areas reserved for the states. There are too many occasions when the centre without seeking the views of states are addressing subjects concerning education, health, agriculture, law and order and labour.

The winding up of the Planning Commission where the states could place their economic demands and subsequently get relief from the government was a blow to federalism. As for revenue mobilisation, every time New Delhi would impose a cess that will be a denial to states of their rightful share. This is not the case when revenues are mobilised by way of taxes.

Drawing an analogy with Germany in the 1930s where the Communists and social democrats locked in political bickering helped in Hitler coming to power, Bardhan strongly recommends that the Left, the Congress and Trinamool Congress should not allow their past differences, often quite bitter, to come in the way to stop BJP from wresting power in West Bengal.

ALSO READ: Battle For Bengal Is The Election to Watch

Bardhan says if the Left truly believes that ‘Ram in 2021 and Bam (that is left) in 2026’ then it is indulging in self-delusion. The left apparently doesn’t want to have any kind of understanding with Trinamool since its members and supporters had suffered a lot in the hands of ruling party members in the past ten years. But he says in the past ahead of the Left Front rule, the Communists were given a hellish time by the Congress. The left, according to him, will be showing wisdom if it is found ready to bury all such hatchets to stop the BJP juggernaut. He at the same time wants the Matua and Rajbangsi communities, which are befriended by BJP, to stay clear of the party with strong Brahminical leanings.

People from different parts of the country have over centuries made Bengal their home and in the process they have made rich contribution to the local economy and culture. Many Bengalis are uncomfortable that BJP is described by incumbent Trinamool as a party of outsiders.

Bardhan has an interesting take on this: “BJP has tenuous links with Bengali culture. Since the party doesn’t have a great Bengali intellectual to boast, it is busy paying obeisance to Bankim Chandra, Rabindranath, Swami Vivekananda and Subhas Chandra Bose. But it is impossible to reconcile BJP’s Hindutva with what these great Bengali minds wrote and said.”

Bankim Chandra will not accept that the country has made any progress unless the Muslims and everyone else have a share in it. Vivekananda wanted everyone to read the Bible and the Quran along with the Gita. Subhas Chandra was secular to the core. His strong disapproval when Syama Prasad Mukherjee joined Hindu Mahasabha is well known. Finally, the world has known Tagore as a well wisher of both Hindus and Muslims and as someone desirous of their brotherhood.