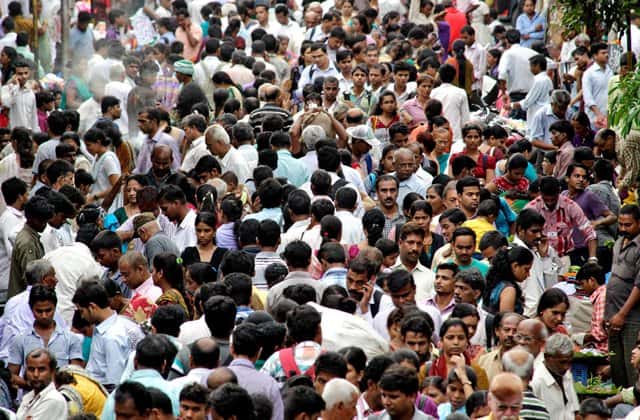 Unbridled population rise in northern BIMARU states will sharpen the North-South discord over sharing the central resources, with grave political ramifications for the country

How does one discuss population explosion in a country where age-old tradition is one of elders blessing the young: “may you be blessed with a hundred children”?

Who would want to pick quarrel with the powerful religious leaders? The Hindus are exhorted to multiply since a Muslim begets a dozen children from his four wives he supposedly marries. And the latter is advised to increase the numbers to fight “discrimination and injustice”; else he would remain “second class citizens” forever.

Like the nuclear mutual assured destruction (MAD), this is mutual assured explosion (MAE), exacerbated by mutual distrust. It remains a major reason why India is poised to outpace China as the world’s most populous nation by 2023, advancing earlier estimates.

Besides the socio-economic complexities this generates, there is an overwhelming, but silent, political factor. Politicians pay lip service to family planning and leave all the action to officials and medicos. Where political thrust is needed, a general lack of political will has scuttled family planning.

Records say Mahatma Gandhi opposed “killing life” and advocated only abstinence. Family planning pioneer D K Karve was attacked by people all around, sacked by the Christian missionary college that had employed him.

Successive governments have since shunned anything that smacks of coercion and incentives. Detailed plans are carried out, but the soul is missing. Celebrities fight shy of popularizing it. The last national icon to advocate small family norms, entrepreneur JRD Tata, died in 1992.

If India’s physical map is imagined as an inverted pyramid, its population figures would slide from its north to south. Incidentally, the inverted pyramid is also the official symbol, a red warning signal, heeded only partially and reluctantly.

This unevenness has raised political concerns. Scholar-lawmaker Jairam Ramesh on July 4 sought an assurance from the government that five southern states – Karnataka, Andhra Pradesh, Telengana, Tamil Nadu and Kerala — will not be ‘punished’ by reducing their representation in Parliament just because they have managed to control their population.

The South has reached replacement levels of fertility. Contrast this with the six northern states — Uttar Pradesh, Bihar, Rajasthan, Madhya Pradesh, Jharkhand and Chhattisgarh. These laggards have total fertility rates in excess of the replacement level of 2.1.

By 2050, population in the southern States will decline from the present level of 15 percent to around 12 percent. But the share of the northern states — Bihar, Madhya Pradesh, Rajasthan and Uttar Pradesh, bearing appropriate acronym BIMARU (sick) — will increase from 40 percent to about 44 percent.

Political implications are clear. Under Lok Sabha’s current seat distribution, the BIMARUs send 204 members, while the five southern states together elect only 128 members. With decline in their population, the southern states’ representation could reduce further, lowering their role in driving the national agenda. The South losing representation in parliament, Ramesh warned, “will be highly unfair to the pioneers of family planning.”

Lok Sabha’s next seats review will be after the 2031 census. The present distribution among the States, at one seat for a million voters, is based on the 1971 census when India’s population was 543 million, hence 543 seats. Will baby boom be politically rewarded? India is irretrievably heading for this north-south imbalance.

This friction, visible for long, could get sharper with the repeat victory of the Bharatiya Janata Party (BJP). Its “one country” advocacy threatens the regional parties that rule in the south.

During the election campaign, some southern leaders talked of forging a ‘Dravidanadu’. M K Stalin, chief of one of the oldest regional parties, Dravida Munnetra Kazhagam (DMK) supported it. It has swept the polls in Tamil Nadu. Will population imbalance prompt its return to separatist platform that it had shed in 1962?

A southern grouping, however, is difficult given conflicting interests among regional parties and the federal government’s capacity to exert financial pulls and political pressures — and its penchant to declare anything it disapproves as “anti-national.”

Relatively better educated and developed, the South has always felt discriminated on allocation of resources by New Delhi. Analyst Tara Krishnaawamy argues that 20 percent population of the south pays 30 percent tax, creating 25 percent of India’s GDP — which is double that of the north. But it gets only 18 percent of the federal funds.

The baby boom, however, is a national issue. Unless the rapid growth of population is contained, it will be difficult to ensure quality education, healthcare, food, housing, clean drinking water, sanitation, hygiene and a healthy environment for all.

India has certainly achieved notable progress in reducing mortality rates. Life expectancy at birth increased from 44 years in the mid-1960s to 68 years today. But the child mortality rate at 38 per 1,000 births lags behind China’s rate of 11. Early marriage and pregnancy still contribute to excessive maternal deaths, and life expectancy of Indian women is eight years less than their counterparts in China.

Today, the official approach is to discourage contraceptive methods that are coercive and potentially dangerous and towards those that enhance reproductive health and empower women and families. But there is a long way to go before this way of thinking becomes a reality.

In this patriarchal society, female sterilization remains the most prevalent method of contraception in India. The procedure is more invasive than other types of contraceptives, and doesn’t allow women to space when they have children and give their bodies time to recover from childbirth.

The oft-cited UN medium projection, however, assumes fertility will decline to below replacement by 2035 and remain at 1.8 births per woman in subsequent decades. It could, then, peak at 1.7 billion in 2060 before declining to 1.5 billion by 2100.

The low projection assumes more rapid fertility decline to about 1.3 births per woman, resulting in the population peaking at 1.5 billion around 2040 and falling to 900 million by 2100.

Things can improve only long-term and there is no time to lose. Till then, Indians should stop fooling themselves and not be smug about demographic dividend. Millions of under-nourished children born of anemic mothers are burdening the humankind. 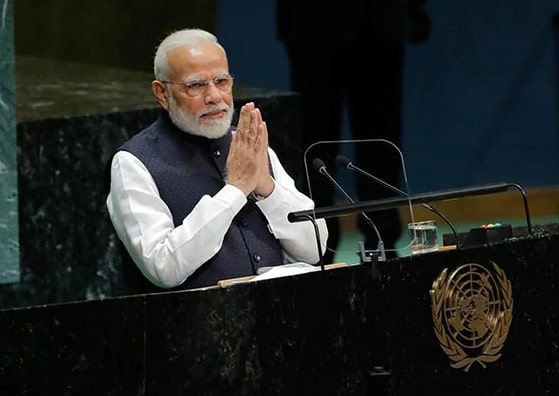