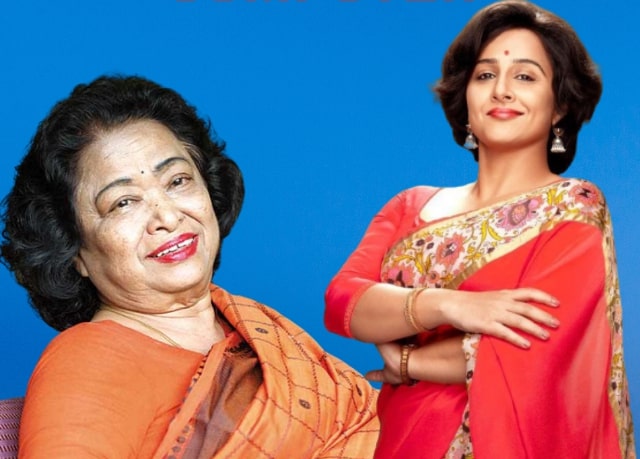 Call it foolhardy, but I am writing on a subject I have never been good at. This is dedicated to those who excel in mathematics.

How come India has produced more Nobel economists and scientists than in other disciplines? Their journey must have begun with mathematics. How come Indian students in Britain, the United States and even at home, especially in Tamil Nadu, routinely excel in Mathematics Olympiads? At the same time, unless compelled, an average Indian skips figures while arguing his/her point.

My own story remained dismal despite a visit to my school by Shakuntala Devi (1929 – 2013), the “human computer”. The bubbly little lady from Mysuru, defying the cynics, had taken the world by storm. I vaguely recall to my satisfaction that my maths and science teachers were as amazed by her prowess as the students.

Devi, who came way before computer era, features in a Bollywood film released this year, when every Indian home (that can afford) has a computer. She enjoyed visiting schools. Interacting with students she would strive to simplify numerical calculations. A precocious and gifted child, with no formal education, many mistook her performances as miracles – and miracles sell in India even today.

She earned a place in the 1982 edition of The Guinness Book of World Records. Sadly, however, despite setting a world record in June 1980 at Imperial College, London, the certificate came posthumously on July 30, this year.

Recognition is instant at 20 for Neelakantha Bhanu Prakash, who “calculates faster than a calculator.” He won India’s first ever gold in Mind Sports Olympics, the prestigious mental calculation world championships that were held in London last month.

Bhanu holds four world records and 50 Limca records for being the world’s fastest human calculator. He is to maths what Usain Bolt is to running. “We celebrate someone like Bolt when he does a 100 metre sprint in 9.8 seconds,” he told BBC Radio 1 Newsbeat, “but we don’t say: what’s the point of running quickly in a world with cars and planes.”

People like this writer fear maths and one theory is that maths is for the ‘gifted.’ But Bhanu declares maths is a “big mental sport” to be enjoyed. His ultimate mission is to “eradicate maths phobia. “It’s about inspiring people that your body can do something unimaginable – and it’s the same with calculations and maths.”

‘It keeps your brain engaged’. Bravo.

His easy recipe for the uninitiated: “I keep thinking of numbers all the time. I practice with loud music on, talking to people, catching and playing cricket, because this is when your brain is being trained to do multiple things at the same time.”

The fact that the numeral system common today—the closest we have to a universal language—comes from India is well known. The idea of zero and its integration into the place-value system, which enabled one to write numbers no matter how large using only ten symbols, originated in India. At first encounter, it appeared marvelous to West Asians, and “satanic” to Christian clerics in the Europe of the Middle Ages.

In a study for Asia Society, Dr Roddam Narasimha, one of India’s most prominent scientists notes: “The Sanskrit word used for mathematics is ganita, which literally means “reckoning.” What is unique about the classical Indian view of mathematics is that number was treated as the primary concept—and not geometry, as with the Greeks.

“The love affair of Indian culture with numbers has been long. Written at a time when most societies had difficulty handling numbers beyond 1000, the Buddhist text Lalita-vistara (before the fourth century C.E.) not only has no problem with huge numbers, but seems to revel in giving them names (10145, the highest number quoted, being called dhvaja-nis’a-mani.)”

Despite the achievements of Shakuntala Devi and Bhanu, the contemporary Indian scene is not very encouraging. What was built post-independence with Jawaharlal Nehru’s insistence on Indians developing “scientific temper” and setting up of institutions of academic and scientific excellence is getting clouded by a public discourse with its social fallout that pursues religion in politics and encourages obscurantism.

The larger problem that predates the current ethos, however, is of educational system that boils down to teachers, teaching methods and the taught. Older Indians, those 80 plus and still around, if they studied in ‘desi’ schools, were trained to learn their tables by heart up to three-and-a-half – addition, subtraction, multiplication, division — without any help of calculators, and there were no computers. As a result, my nonagenarian family patriarch remembers all his bank account numbers and cell phone numbers of entire family.

That system of learning by ‘ratta’ went out long ago with the advent of calculators and then, computers. Where mental prowess ends and that of computer/ calculator begins is something only experts can explain.

With more vistas of education opening up and more opportunities available, there’s been a steady decline in the number of students opting for maths higher education in post-independence India. The number of ‘geeks’ and ‘nerds’ as Bhanu describes, is falling.

Then there is a problem of what is taught/learnt in a classroom and through book and what is practiced. An illiterate vegetable vendor I met in Rajasthan’s Dungarpur pursued studies under the National Literacy Mission. But he needed no help when it came to numbers. He could calculate his business transactions, follow road signs and board the right bus while travelling.

This is “street maths”. A 2017 study found children working in shops solved mathematics problems easily but struggled with a classroom written test. Researchers fault teaching methods for this contrast.

The study is co-authored by Abhijit Banerjee of the Massachusetts Institute of Technology, who with his wife Esther Duflo got the Nobel last year. One hopes that the couple, while working on alleviating global poverty, will also spend time and effort for this knotty problem.

Another study by Tata Institute of Fundamental Research takes a balanced view. “India, with its strong mathematical traditions, may be expected by the world to produce excellence in mathematics. But this may be an unreasonable expectation, since India is grappling with problems of endemic poverty, and even universalising education is a challenge. Despite adversity, India has managed to produce mathematicians like Ramanujan and Harish-Chandra. All this adds up to an intriguing picture.

“In contrast to the expectations of the global elite, one should consider the hopes and aspirations of the Indian people themselves. In a population that is largely poor (by any standards), education is seen as the key instrument to break out of poverty.”

So it’s best to make mathematics money – and money, as the saying goes, makes the mare go.

Ha,ha. In Dubai, malls distribute pamphlets declaring it was the Arabs who ‘discovrred’ zero n math, as well all other fields of science . Hope that mania hot over with these prodigies. What does the NEP say zbout math?